The Passover Focus
Are you keeping the meaning of Passover distinct from the Days of Unleavened Bread?
By Royal Vision Editors • March 2012 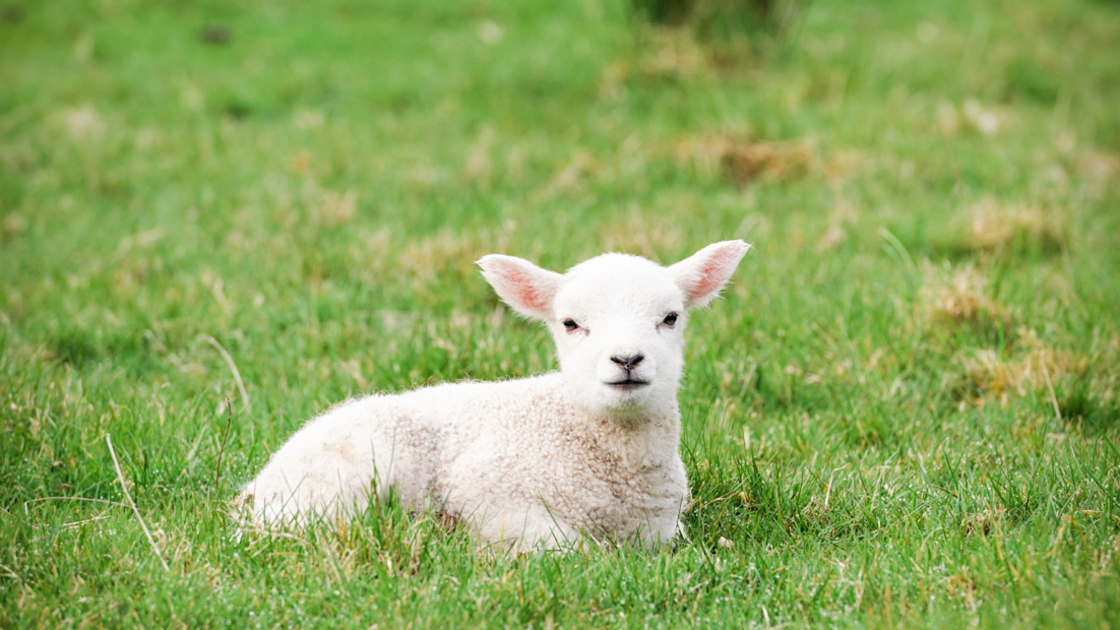 At this time of year, Christians could fall into the trap of looking past the Passover and to the Days of Unleavened Bread.

Whereas the subject for the Days of Unleavened Bread is the removal of sin—of going on toward salvation and eternal life through Christ living in us—the subject for Passover is the sacrifice of Jesus Christ for sin.

It is important to keep the meaning of these days distinct. We need to build a wall around the Passover and carefully guard its meaning.

The greater our esteem for the sacrifice of Jesus Christ, the more earnest our commandment keeping will become (Matthew 5:48). This speaks to the beautiful relationship between the Passover and the Days of Unleavened Bread—and between baptism and lifetime conversion.

Just after the creation of man, the Word pointed mankind forward to the time when He would be murdered as a ransom for all sin. He killed an animal, and took its skins to cover Adam and Eve. Here we see the first indication in the Bible that a blood sacrifice is necessary to atone for sin—an act that pointed to Christ’s future sacrifice.

Also, in time order, Scripture relates Abel’s sacrifice of a lamb (Genesis 4:4). God was pleased by this. Christ called him “righteous Abel” (Matthew 23:35). There can be little doubt that Abel understood the profound meaning behind his offering.

The ritualistic sacrifices of Israel also typed the Passover. As Paul writes in the book of Hebrews: “But Christ being come an high priest of good things to come, by a greater and more perfect tabernacle, not made with hands, that is to say, not of this building; Neither by the blood of goats and calves, but by his own blood he entered in once into the holy place, having obtained eternal redemption for us” (Hebrews 9:11-12).

The focus of this time of year is also made plain by studying Exodus 12:3-12. God placed great emphasis on the redemptive qualities of the Passover lamb. God was singularly focused on redeeming Israel through the ransom of blood.

The head of the household was required to kill and bleed the lamb, cutting its throat and draining its blood into a basin. They applied this blood over the mantel of the front door.

Leviticus 17:11 says, “For the life of the flesh is in the blood: and I have given it to you upon the altar to make an atonement for your souls: for it is the blood that maketh an atonement for the soul.” This is a type of the reconciling blood of Jesus Christ.

Scripture warns God’s people about the consequences of profaning the sacrifice of Jesus Christ.

If an Israelite family failed to offer the Passover sacrifice, God would not spare their lives (Exodus 12:13). This heavy penalty shows the seriousness God places on reverencing the sacrifice of His Son.

The Passover is a sober and grave memorial. How we think about and prepare for the Passover will show God the value we place on the sacrifice of Christ.

Focusing on the Lamb now, and what that sacrifice means to us individually, will show God the depth of our appreciation.

Scripture relates that some members of the Corinthian church took the Passover casually. Because they did not consider the richness of Christ’s sacrifice, some were sick, and others had died.

In 1 Corinthians 11:26-31, the Apostle Paul exhorted the brethren to examine themselves and then to partake of the symbols in a worthy manner (“unworthily” can mean irreverently). If we examine ourselves properly, we will take the Passover in a worthy manner.

What should we be “examining” ourselves for?

The Greek word for examine means to test and prove. The idea conveyed is to test what we believe about something—not testing to see if we measure up to being worthy.

Christians are to examine at least three important criteria: Have our sins been forgiven? Do we have the right understanding and deep appreciation for the sacrifice of Jesus Christ? Do we have living faith in the symbols?

The weeks leading up to Passover are a time for all members—especially the baptized—to ask themselves: Have my sins been forgiven?

We are to make sure all barriers between us and God are removed. We need to be in a right relationship with God to partake of the symbols that memorialize the death of Christ and symbolically represent our reconciliation with God the Father (Isaiah 59:2).

1 Corinthians 11:28-30 also provide an example of having the right appreciation for the sacrifice of Jesus Christ, and the need to have living faith in the Passover symbols. Some of the Corinthian members did not discern the “Lord’s body.” According to the Greek, the word discerning means to make a distinction, to discriminate, or to separate. These brethren failed to discern the brutality Christ suffered in His body for physical sin.

1 Peter 2:24 explains: “Who his own self [Jesus] bare our sins in his own body on the tree, that we, being dead to sins, should live unto righteousness: by whose stripes ye [are] healed.”

Our faith in these symbols—including physical healing through the brutal beating of Jesus Christ—is also reconfirmed prior to the Passover.

As Mr. Armstrong explained, divine healing is the miraculous removal of a penalty being paid in our body for broken physical laws. When we are sick, penalties are being paid in our body—like wages of physical sin—and the symptoms are evidence of those penalties at work. Through unwavering belief in Christ’s stripes, and repentance and obedience, physical penalties are supernaturally, miraculously removed—where otherwise they would not be. That is a gift of God!

Mr. Flurry wrote: “How much we understand the sacrifice that was made for our physical sins will make a difference in how much God heals us. His body was broken so we could be healed” (op. cit.).

Perhaps a member may wonder: Do I have the faith in the two-part sacrifice?

To the father of a very sick child, Jesus said, “If thou canst believe, all things are possible to him that believeth. And straightway the father of the child cried out, and said with tears, Lord, I believe; help thou mine unbelief” (Mark 9:23-24).

If we perceive that we have weak faith in either of the two Passover symbols, we can go to God with the same prayer and cry out, Father, help you my unbelief!

If we “examine”—or test and prove—our attitude and our faith toward the two-part sacrifice of Jesus Christ, we will be able to partake of the Passover in a worthy manner.

We should take the time to consider if God has forgiven our sins, asking Him to show us our secret sins (Psalm 90:8). We should deeply meditate on the two-part sacrifice of Jesus Christ while asking ourselves if we have living faith in the symbols. If we don’t have faith in these symbols, we should not partake of the Passover.