The Real Jesus
The man depicted in Western art is nothing like the one described in the Bible.
By Stephen Flurry • April 2009 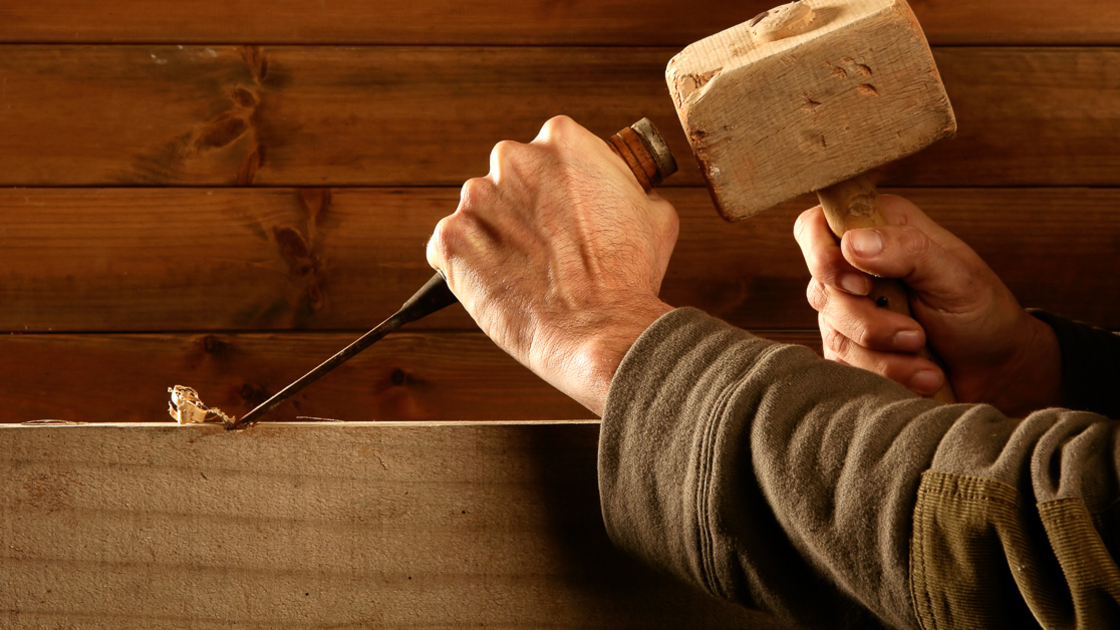 This time of year newsmagazines often grace their covers with a chubby, half-naked baby lying on a bed of straw. His mother and father are pictured as piously adoring Him, surrounded by a few donkeys, a camel and some sheep.

In the spring, He is pictured as a pale, tender-skinned, soft-spoken, long-haired, womanish figure wearing a beard. It’s supposed to be Jesus. But these erroneous depictions of Christ look nothing like the Jesus described in your Bible.

The real Jesus was a powerfully built, masculine man—a rugged outdoorsman. He was a man who was master of every situation. He was a people-person and a dynamically persuasive teacher. He was a man of upstanding character—an upholder and promoter of God’s perfect law of liberty.

Isn’t it time you became acquainted with the Jesus of the Bible?

Prior to his 3½-year ministry, Jesus Christ was brought up in a large family as the oldest of five brothers and at least three sisters (Matthew 13:54-56). Traditional Christianity depicts Jesus’s stepfather as some kind of uneducated, deadbeat dad who was baffled by his stepson’s remarkable genius. Joseph was supposedly married to a superior woman.

The real Joseph, however, was the loving head, provider, protector and primary educator of this extraordinary family. He was a “just” man, Matthew wrote, with sterling character. Upon learning that Mary was pregnant, Joseph initially intended to secretly dissolve the engagement for the sake of his own reputation—and Mary’s.

But while Joseph “thought on these things,” an angel appeared unto him and said that Mary had conceived of the Holy Spirit. In response to the angel’s instructions, Joseph obeyed God, risked his upstanding reputation in the community, took a pregnant woman to be his wife, and accepted her firstborn son as one of his very own.

In northern Galilee, Jesus became known as the son of Joseph (John 6:42). As a teenager and young adult, Jesus worked outdoors, developing into a master craftsman on his stepfather’s carpentry crew.

“And the child grew, and waxed strong in spirit, filled with wisdom: and the grace of God was upon him” (Luke 2:40). This was due, in large part, to the indomitable influence of His mentor and stepfather, Joseph.

When Jesus was 12, for example, Joseph took his wife and children to Jerusalem to observe the Passover and the feast of Unleavened Bread. Only males were required to go to Jerusalem for the three annual festival seasons (Exodus 23:14-17). But Joseph was a successful businessman and family man—so he took the entire family.

It was during this trip to Jerusalem that Jesus wound up in the temple reasoning with the doctors of the law. Having learned to be an exceptional student under His father’s direction, Luke’s account says that Jesus was “hearing” and “asking questions” (Luke 2:46). He was listening and learning from some of the most distinguished educators of His day—this was no ordinary 12-year-old.

His parents, having lost track of Jesus on the way home, returned to Jerusalem to find Him in the temple. They were “amazed.” The teachers of the law were “astonished at his understanding.”

From that point forward, Scripture says, “Jesus increased in wisdom and stature, and in favor with God and man” (verse 52).

The real Jesus grew up in a well-balanced, God-fearing household where His physical father served as head and His mother as a submissive and loving helpmeet and homemaker.

There is a dearth of male teachers in elementary and primary schools today. “Many of my favorite elementary school teachers were men. I had many good female teachers too, but the ones who impacted me the most were the men who helped shape what I would become,” wrote Trumpet columnist Robert Morley in “No Male Teachers Equals No future Men.” Morley’s favorite teachers were the stronger, more authoritative male role models he could look up to.

Isn’t it the same for you? Think back on the male teachers who impacted your life most when you were younger.

Now think about Jesus Christ—the greatest orator and teacher who has ever lived. Why should we imagine Him to be an effeminate weakling who somehow moved the masses while speaking in hushed tones?

“Follow me,” He supposedly whispered to the fishermen, tax collectors and businessmen of His day and, of course, they promptly dropped everything to learn a new profession.

That is not the Jesus of your Bible. The real Jesus “waxed strong” physically and spoke with such powerful conviction and clarity that He astonished the masses! “For he taught them as one having authority, and not as the scribes” (Matthew 7:29).

Jesus Christ did not teach or even look like the self-righteous religious figures of His day. After the miracle of the loaves and fishes, the Jewish commoners wanted to make Jesus a king (John 6:15). His wildly popular impact early on in His ministry enraged the jealous chief priests and Pharisees. “If we let him thus alone, all men will believe on him: and the Romans shall come and take away both our place and nation,” they reasoned in John 11:48. They demanded their officers to apprehend this persuasive scholar. But none of the officers would lay hands on Him.

“No man ever spoke like this man!” they said in John 7:46 (Revised Standard Version).

Jesus Christ simply did not fit into the mold of what people thought a religious leader should look and sound like. He was a hard-working, rugged-looking, masculine family man. He loved construction and numerous other outdoor activities like sailing, hiking and camping. He was an avid reader and studier—conversant in every imaginable topic.

And He loved people. He socialized so much His critics accused Him of being a glutton and winebibber! In actual fact, Jesus was the friendliest man who ever lived. He loved being among crowds. He interacted with Samaritans, the blind and lame, the elderly, and women and children. He broke bread with Pharisees, tax collectors and sinners.

Then there were His students—the disciples. Most of those who dropped everything in order to follow the Messiah later sacrificed their very lives for this impressive, God-fearing man. “Did not our heart burn within us, while he talked with us by the way, and while he opened to us the scriptures?” His disciples lamented after Jesus was gone (Luke 24:32).

Jesus lived the abundant life (John 10:10). He practiced what He preached. And in living in accordance with all of God’s holy laws, He left for us a perfect example to follow (1 Peter 2:21).

Strive to follow those steps set before us by Jesus Christ—the real Jesus, as depicted in the pages of your Bible.