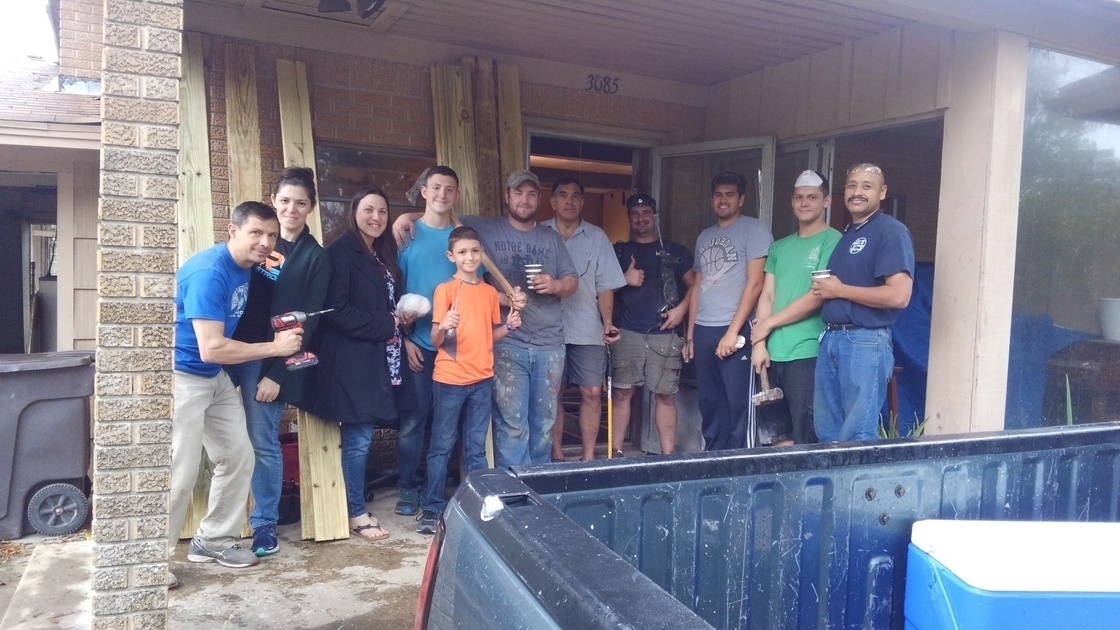 TEXAS—When Hurricane Harvey hit the Texas coast in late August, the majority of Philadelphia Church of God members living in the Houston area experienced little-to-no damage to their property. However, Channelview congregation deacon Dewayne DeFee suffered a foot of flooding in his home in Vidor, located about 95 miles northeast of Houston. All of their furniture and flooring was destroyed.

Seven members of the San Antonio Spokesman Club have helped to remodel the DeFee home during Sunday work parties on September 10, October 22 and November 12. They have traveled with their construction tools around four hours each way from the San Antonio and Austin areas to Houston, attending Sabbath services with the Channelview congregation and then staying overnight to get an early start at the DeFee home the following day. The crew has already amassed more than 130 man-hours of labor.

Several members of the crew are handymen or have had some kind of experience with remodeling. They all said they have never seen such damage before. So far, they have stripped and replaced the old flooring and opened up the interior walls to dry and be treated for mold. As of November 27, they are in the middle of installing drywall and a new shower.

Texas-New Mexico Preaching Elder Jim Cocomise has organized and volunteered at the three work parties. He plans to schedule more work parties in the near future to complete what he estimates is the final 50-60 percent of repairs.

Until their home is restored to a livable condition, Mr. DeFee, his wife, Amanda, and sons, David and John Michael, are staying nearby with a friend.