A Lesson Straight From the Horse’s Mouth
God will provide exactly what you need.
By Ashlynn McLain • Dec. 28, 2017 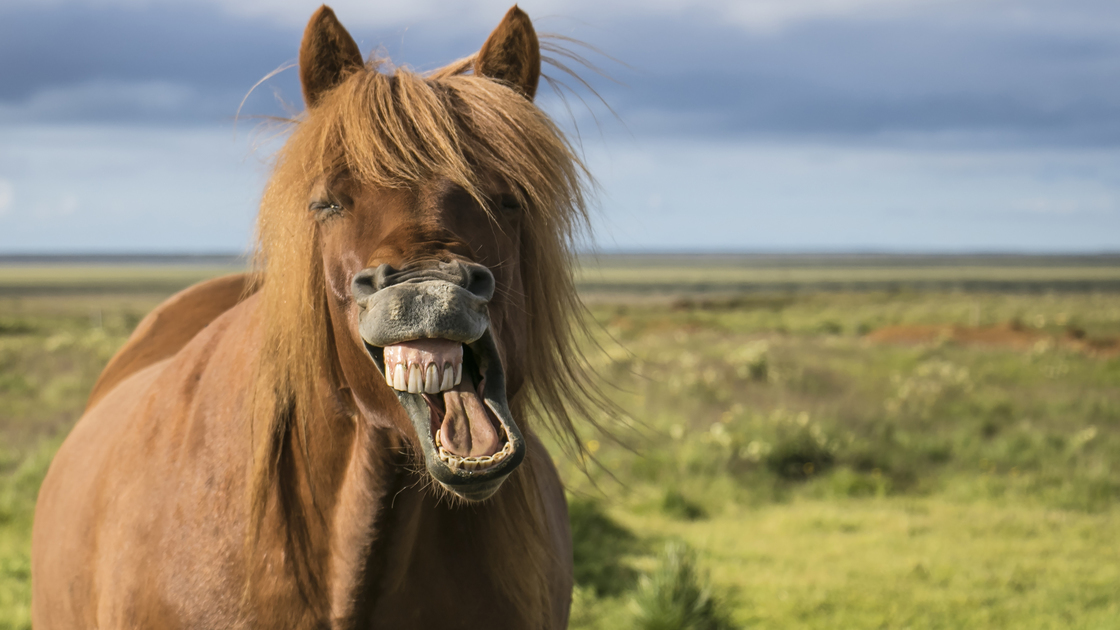 Most girls go through a horse-loving phase at an early point in their lives. I never grew out of this phase. Ever since I was old enough to sit in a saddle, I have loved to ride.

Winston Churchill once said, “When you are on a great horse, you have the best seat you will ever have.” When I was seven, my great horse came along: Cash. He was a tall, sure-footed Missouri Fox Trotter with a sleek black coat—my ideal horse. My grandma had three horses, so she told me that Cash was all mine. For years, Cash was the only horse I rode, and I was the only person who rode him.

Then, one night in January, I received an unexpected call. My grandma told me that Cash had died. My heart sank. This was a blow I did not see coming—he had always seemed healthy, and he was only a middle-aged horse. Now, I had lost an excellent companion, and the only hope I had of riding again depended on whether or not my grandma’s fellow equestrians had a spare horse that I could ride occasionally. On top of this, my grandma had only one other horse at the time, and he was grieving the loss of his only pasture mate. We needed to find another horse.

I asked God to help us find one, telling Him how much I enjoyed riding. I asked Him to provide a horse as special to me as Cash was. Every day, I searched websites and online auctions for a suitable horse. This horse needed to be affordable, saddle-broken and within close proximity. Additionally, I wanted a tall, young gelding, preferably with a black or dark coat.

A few weeks after Cash died, one of my grandma’s friends called to offer her condolences. During their conversation, she casually mentioned a mare she owned. The mare’s name was Sassy. This caught my grandma’s attention—she thought the horse sounded familiar. She asked if Sassy was about 15 years old with a sorrel (light reddish-brown) coat and a “pretty little head.” The owner said she was!

My grandma could hardly believe what she heard. She knew this horse. It was a mare she had saddle-broken 13 years before—and it had been my first horse.

I was 3 or 4 when my grandma brought that little brown mare to her house. I still remember how excited I was when she told me the horse was mine—just as she had later done with Cash—and I remember when I named her. I was going through a phase where I named every pet and doll “Sassy,” so naturally, the living embodiment of my My Little Pony toys was no exception. I used to whinny to her using my expert horse-calling technique, and she would whinny back, looking for the mysterious horse that issued the call. Unfortunately, less than a year after my grandma bought her, we had to sell her. She sold her to a young man whom she frequently saw on trail rides, and he later sold her to someone we didn’t know. After that, we completely lost track of Sassy.

As my grandma told me about her phone call, these memories flooded back into my mind. I begged my grandma to ask her friend if we could buy Sassy. There was no doubt in my mind that within a couple of hours, she would be my horse again. However, after talking with her friend on the phone again, my grandma told me that Sassy was not for sale. I was disappointed, but I continued to pray about it, and I once again asked God to provide a horse for me to ride.

A few weeks later, my grandma received another phone call from her friend. This time, she was selling Sassy—and she was willing to part with her for half the amount she originally asked for.

God wants to give us the desires of our heart (Psalm 37:4). If we ask Him for something that is according to His will and then believe that He will hear us, He will answer those prayers. Sometimes the answer He gives us may not be what we want or expect, but that answer will always be better for us in the end. I had envisioned the shiniest, tallest, most beautiful horse in all the land. God gave me the opposite of what I wanted. Yet, I got to have my first horse back—a horse I had named, and a horse I had fond memories of. The situation turned out better than I could have ever hoped.

To this day, I enjoy riding Sassy even more than I loved to ride Cash. Even though she was not what I had in mind while searching for a new horse, she has been an immense blessing. God knew exactly what I needed and answered my prayer accordingly. He will do the same for you—and that is straight from the horse’s mouth.