Joshua: An Example of Manliness
When we study history and see wonderful examples like Joshua, we can recognize the tremendous value of godly leadership!
By Gerald Flurry • Dec. 7, 2017 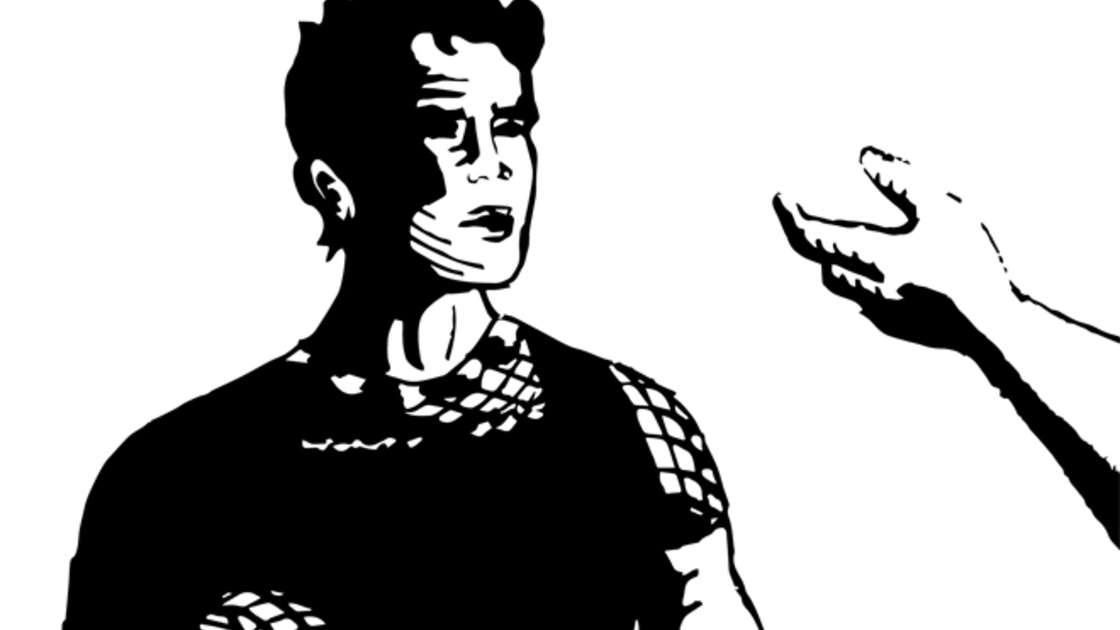 Joshua was a courageous warrior. He was Israel’s first soldier. He was accustomed to risking his life in service to God. You don’t hear much about Joshua when times were easier—you only hear about him when there was an emergency!

In Exodus 17, he was right on the front line in the war against Amalek. In Numbers 13, he was one of the 12 spies who scouted out the Promised Land. When all the other spies showed cowardice and faithlessness, Joshua demonstrated courage and faith! Joshua’s attitude through this whole event was one of faith in God and positivity (Numbers 14:7-9). That is exactly the attitude we need in order to face our problems and conquer!

Courage seemed to be Joshua’s major strength. He had proven himself before he went into the Promised Land. But God also told him at that time, Don’t be afraid! Stand up and be courageous! Wherever you go, I am with you (Joshua 1:5, 7-9). God wanted him to build more courage because there were far bigger battles ahead.

When God instructed Moses to exalt Joshua, He said this: “And thou shalt put some of thine honour upon him, that all the congregation of the children of Israel may be obedient” (Numbers 27:20).

In Numbers 32:11, God said that the Israelites would not enter the Promised Land “because they have not wholly followed me.” However, God continued: “Save Caleb the son of Jephunneth the Kenezite, and Joshua the son of Nun, for they have wholly followed the Lord” (verse 12). That is the kind of leader God wants: Somebody who will wholly follow Him! Not follow Him 60 percent, or even 90 percent—but 100 percent! That is what God demands of His elite leaders. That is what they must do if they’re going to be able to lead in the headquarters of God’s temple in the World Tomorrow.

When the Israelites were to cross the Jordan into the Promised Land, God commanded that the priests lead the entourage with the ark. Joshua was a military man, but he didn’t have the military out in front; he had the priests, and the ark of God, so everyone would know that it was God leading them! “And Joshua said unto the people, Sanctify yourselves: for to morrow the Lord will do wonders among you” (Joshua 3:5). Joshua loved working for God. He knew that when you truly serve God, God works wonderful miracles for you. As a result of this approach, Joshua and the nation enjoyed wonder after wonder!

When the priests stepped foot in the river, the waters miraculously stopped flowing through, and built up in a great heap to the north! God stopped the waters so Israel could walk across! The priests then carried the ark right out into the middle of the dried-up riverbed where everybody could see that symbol of God, and they remained there as all the people crossed over.

Consider the lesson: If you follow this example and put God first in your life, you can expect a lot of miracles—even more so today than in the past! “Jesus Christ the same yesterday, and today, and for ever” (Hebrews 13:8). God performs great miracles for His people if we submit to Him. Look at the power available to those who obey God. All we have to do is keep God’s law and government; then He feeds us spiritually and leads us into the Kingdom.

We must rely on the God of miracles to get this Work done! We have to make sure we are putting Him out in the front where everybody can see Him. Joshua showed us how to follow the ark today. He was careful to get the ark out in front to ensure the people could see who was doing all this! It was all about God. We must always be exalting God. That takes a lot of effort on our part, emphasizing the ark and all that it contains.

Joshua was told to command the priests what to do with the ark (e.g. Joshua 4:15-18). That is government through one man to ensure that the people focus on the ark, or God. Joshua had priests and Levites to direct people to the ark, or God. The priests with the ark led the way. It was a physical reminder that God was leading them. Joshua and the ministers always made certain that God was the real leader of Israel.

The Captain of God’s Host

Once the Israelites entered the Promised Land, God wanted them to begin to conquer it. But before their first conquest—the Canaanite city of Jericho—God impressed a vital truth deeply into Joshua’s mind.

“And it came to pass, when Joshua was by Jericho, that he lifted up his eyes and looked, and, behold, there stood a man over against him with his sword drawn in his hand: and Joshua went unto him, and said unto him, Art thou for us, or for our adversaries? And he said, Nay; but as captain of the host of the Lord am I now come. And Joshua fell on his face to the earth, and did worship, and said unto him, What saith my lord unto his servant? And the captain of the Lord’s host said unto Joshua, Loose thy shoe from off thy foot; for the place whereon thou standest is holy. And Joshua did so” (Joshua 5:13-15). Joshua removed his shoes very quickly! This was holy ground! Here was the Captain of the host of God!

Jesus Christ—here manifested as a man—is a military commander. He holds a drawn sword because sometimes He has to slaughter people. This magnificent Being was the one leading the Israelites into the Promised Land—it wasn’t Joshua!

The Lord of hosts appeared right there to Joshua. This tells you a lot about the kind of man Joshua was.

We will have some battles with the Jerichos of the world. Where is the Captain leading us? Where is this great God who had Joshua take off his shoes? We do have a physical leader, but we must make sure we give God the respect He deserves. We always ought to stand on holy ground spiritually. When we do God’s Work, we are on holy ground, and we’d better never forget that if we want God to be with us! If He isn’t, we are in trouble. But if you really know and believe that, how can you not have courage?

Joshua really showed respect for this God! He kept Him in the spotlight all the time! He was ready to fight Him, but when he found out who He was, he bowed down before his Captain.

The day after Joshua met his Captain, Israel marched to Jericho (Joshua 6). For seven days they just walked around the powerful walled city. The great military leader Joshua had the priests lead this army with the ark of God! On the seventh day, Jericho simply crumbled. It was another spectacular miracle.

The same God is the Head of the pcg and is leading us today. We have to put Him out front and let Him destroy the Jerichos. We don’t need a lot of people to do this Work—we just need God leading us! If Jericho or anything else gets in our way, it will crumble. Unless there is some trial God wants us to have, that obstacle will fall as long as God is leading us. The book of Joshua teaches this lesson of faith over and over again.

Just before he died, Joshua gave his last sermon to the Israelites (Joshua 24). It really showed what a great man he was. These men were not leaders for no reason! Can we measure up to this greatness?

Look at the statement at the conclusion of this message: “And if it seem evil unto you to serve the Lord, choose you this day whom ye will serve; whether the gods which your fathers served that were on the other side of the flood, or the gods of the Amorites, in whose land ye dwell: but as for me and my house, we will serve the Lord” (Joshua 24:15).

What a powerful statement from a leader of God! He’s saying, I don’t care if the whole nation turns away—my family is going to obey God! You can see that Joshua controlled his family. That’s what God wants from you as well. But that statement is probably even stronger than you realize. Joshua was also saying, If even there’s any member in my household who won’t go along, this house that I live in is going to obey and serve God! No matter what happens, no person on Earth could cause me to turn away from God! What a leader!

God wants that kind of courage from every single one of us! Do you love God that much? Do you have such faith and courage—that if the whole nation turns away, or your whole family, you keep right on going? We need to pray that God will give us that 300 or 3,000 or 7,000 people who are so eager to get on and do the Work. If you have that attitude, you have a truly magnificent future.

In this last sermon, Joshua took the Israelites all the way back to the beginning of their history, starting with Abraham. He reminded them of their past, and how God blessed them and did wonderful things for them when they obeyed Him. Joshua had been right there as a slave in Egypt. He had seen many miracles during his lifetime.

When Joshua and the elders who were under him died, Israel forgot all about that history. The Israelites had marvelous examples in Joshua, Caleb and others—men who were loyal and inspiring and encouraging. But once those men were gone, everything fell apart. The Israelites became plagued by divisions and problems because they wouldn’t hold fast to what Moses and Joshua had taught. In the book of Judges, everybody began doing what was right in their own eyes. That is exactly what is happening to the Israelites today, and our nations are also falling apart!

We are here to learn how to become strong leaders and to build the strongest leadership we possibly can.

The men of God’s Church must strive with all our being to let God lead and guide and help us in fulfilling this monumental calling. As we do, we will be building strong families, strong congregations and a strong Work of God. And we will be establishing a strong foundation for our future in the real Promised Land—the wonderful World Tomorrow!