Becoming Royalty Is Not What You Think
Training for kingship involves more than learning which fork to use.
By Joel Hilliker • Dec. 5, 2017 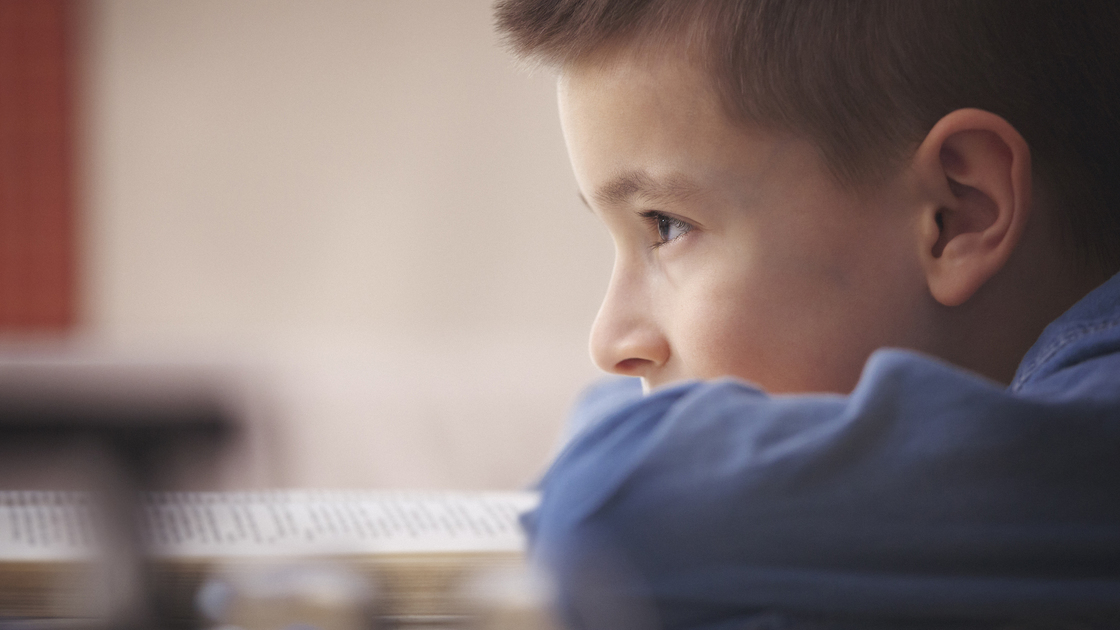 You are royalty in training! You really are part of the Church that possesses the very throne of David. We are custodians of that throne, preparing to transfer it to Jesus Christ and then take our place on that throne to rule beside Him as kings forever!

So, exactly how does God train someone for royalty?

You might think of the etiquette dinner at pyc where you learn how to sip soup from the correct spoon and properly butter your dinner roll. Perhaps you have visions of learning how to enjoy classical music or an afternoon at an art museum.

Conducting yourself with dignity and appreciating fine culture are important. But God’s royal training isn’t just a life of fancy dinners and opulent palace affairs.

Want proof? Just look at the man after whom God’s throne is named: King David. How did God prepare him for kingship?

You can get an excellent answer to that question by studying Chapter 6 of The Former Prophets: How to Become a King, “David: A King After God’s Own Heart.” In it, our pastor general—who is himself a king—describes just how difficult training for a godly royal position can be!

Like you, David received his call to greatness as a youth. He was actually anointed king while he was yet a teenager (1 Samuel 16:1-13)—though he did not actually assume royal authority until much later. “David had to wait over 17 years from the time Samuel anointed him before he was actually crowned,” Mr. Flurry writes. “That took a lot of patience. David had the right attitude, but he needed more preparation. God made him wait for years.” David needed some serious training, just as you and I do.

Follow David’s life from that point to see how God trained him. Under God’s direction, David honed his talents, progressing as a musician and poet, and developing his work ethic and skill as a shepherd. He grew in courage and wisdom. Above all, he prioritized building his relationship with God. These are all vital aspects of royal training. “God is choosing His nobility, His royalty, today. He wants you to develop your talents,” Mr. Flurry writes. “This is important to God.”

A major part of David’s royal training, though, was something most would not expect. God made David live as a fugitive and outlaw—for years!

Israel’s incumbent king, Saul, became jealous of David and sought to kill him. David had to flee for his life. “It’s interesting that a big part of David’s training for his role as king was running from Saul!” Mr. Flurry writes (emphasis added throughout).

Read Psalm 142, which David wrote while hiding from Saul’s guards in a cave. “[M]y spirit was overwhelmed within me …. They have secretly set a snare for me,” he wrote. “Refuge has failed me; No one cares for my soul. … I am brought very low” (verses 3, 4, 6; New King James Version). Clearly David struggled to understand why this was happening. When I was anointed king, never did I expect this! he surely thought as the anxious hours passed within that dark, inhospitable rocky shelter.

How could such an ordeal possibly be training for kingship? Mr. Flurry answers: “Spiritually, David was being fitted for his calling by learning how to depend on God constantly. He was sorely tested before he became king. God was preparing him to rule!”

Pause a moment and think of the challenges and problems and trials you face in your life. Can you recognize how God is putting you through similar training? You may not face life-threatening situations, but difficulties, obstacles and occasional hardships befall us all. When those things arise, don’t get frustrated, discouraged, bitter or angry about them. Recognize them as part of your royal preparation!

This psalm shows how David really was learning that invaluable lesson of how to depend on God. “I cried unto the Lord with my voice,” he wrote. “I poured out my complaint before him; I shewed before him my trouble” (verses 1-2). That is a marvelous thing to do. If you feel overwhelmed, do what David did: Just pour it all out to God! Tell Him everything. That is a royal thing to do.

“I cried unto thee, O Lord: I said, Thou art my refuge and my portion …. Bring my soul out of prison, that I may praise thy name …” (verses 5, 7). Just imagine this young man, hiding in a cave in the wilderness out of fear of being murdered by the king of the land, having to hunt for food each day just to survive. And what else was he doing with his time in these dangerous, trying, uncomfortable conditions? He was composing Psalm 142. He was writing poetry to God!

That is the attitude of a godly royal! If you ever find yourself in a proverbial cave—some overwhelming challenge or trial—remember: This is royal training. You are following in the difficult footsteps of your father David on the path toward kingship!

David was a man after God’s own heart (Acts 13:22). This past Feast, Mr. Flurry said two great building blocks to becoming such a man are praising God and thanking God. This is what this young noble-in-waiting learned to do. He nurtured his relationship with the greatest King of all! “That attitude made David an outstanding king,” Mr. Flurry writes. “We can learn priceless lessons about how to be kings for God from his example” (ibid).