The Pullman Philosophy
Do you have a royal standard of communication?
By Brianna Weeks • Nov. 16, 2017 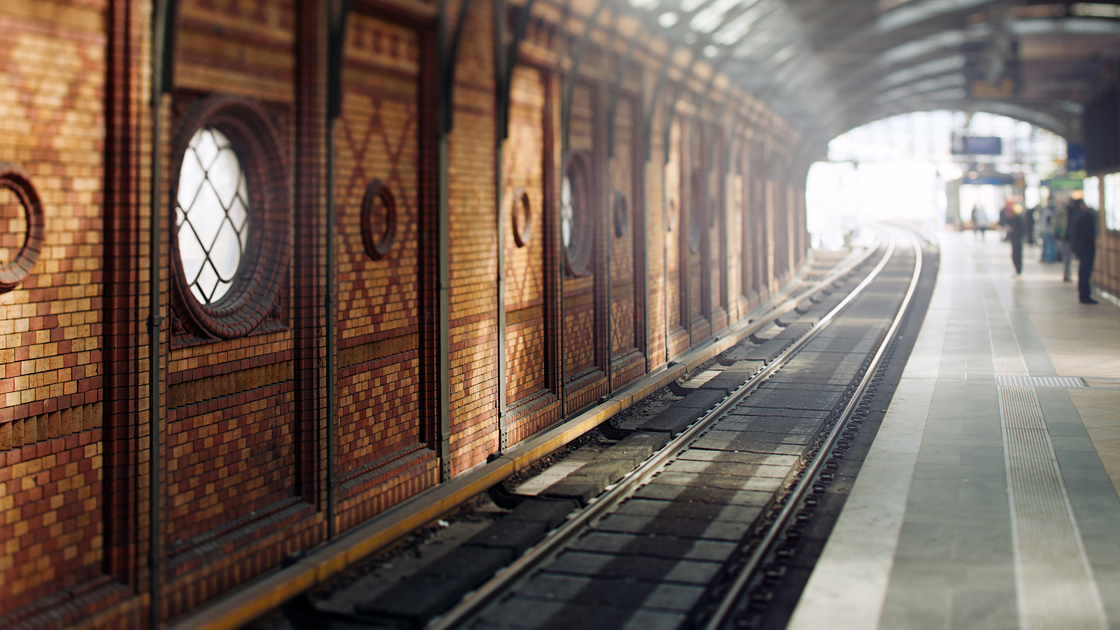 In chapter six of his Autobiography, Mr. Armstrong digressed a bit from his life story to tell his readers about a particular American institution that has vanished from today’s society—to society’s definite detriment.

At that time in his life, Mr. Armstrong was the “Idea Man” for the Merchants Trade Journal, a magazine read by retail store owners. As the Idea Man, he traveled across a good portion of the United States, seeking out innovative and effective ways that store owners and retailers sold their goods. He would record these ideas and send them to the editors of the Journal, who would then write them into editorial pieces for merchants to read and learn from.

Back then, the fastest and most popular way to travel across large portions of the country was by train, and the trains always had a few Pullman cars—luxurious sleeper cars—attached to them. The first millionaire Mr. Armstrong ever met had told him to always ride in a Pullman car if he had the means: It was safer, cleaner and better quality than any other car. Only successful people rode in the Pullmans. If he rode with those men, this millionaire told him, he would be influenced in a right direction.

Mr. Armstrong took this man’s advice. When he had the chance and the money, he always chose to ride in the Pullmans. And since he traveled a lot at this time in his life, he quite often rubbed shoulders with successful men.

These men would congregate inside a washroom at one end of the Pullman car, where there were a couple of leather seats and plenty of room to stand. In these washrooms, they would converse for hours on end. “In these washrooms,” Mr. Armstrong wrote, “no introduction was needed. Conversations were opened as a matter of course. Men conversed familiarly, as if they had been acquainted for years, rarely introducing themselves by name.”

That situation seems pretty abnormal to us today. When you sit in the waiting room at the dentist’s office, you don’t often find that the people around you are eager to strike up a conversation. Usually, everyone is focused on the technological device in their hand. They don’t think about the person sitting next to them.

Or, if a group of random people does congregate and begin to socialize—if someone in that waiting room does start to talk—it’s probably a fairly trivial conversation. Strangers don’t usually talk about anything more meaningful than the weather, how their sports team is doing, or the new episode of their favorite tv show that aired last night.

Bars and nightclubs are about the only places where random people seem to get along just fine, and it’s hard to imagine that there is much of a constructive conversation going on there. People today seem adverse to the thought of having an uplifting, meaningful conversation with one another. They have a low standard of communication.

This was not the case in Mr. Armstrong’s day. In those Pullman washrooms, Mr. Armstrong always heard men having beneficial conversations with one another:

“I don’t believe I ever heard one off-color story being told in a Pullman washroom. Men always had something more important to discuss than idle gossip about their wives. The discussions were always impersonal.

“It was here, in this great but vanishing American institution, that the political, economic and social problems of the nation and the entire world were ‘solved!’ Questions of religion were usually avoided. Heated arguments or angry controversy were rarely, if ever, indulged.

“If only the heads of state of the world’s great nations could have had the Pullman washrooms wired, and the conversations tape-recorded, they could have had the solutions to all their knotty and perplexing problems! … I spent many an hour in thought-provoking conversation in this ‘institution’ of a bygone day ….”

Mr. Armstrong lightheartedly lamented the vanishing of the Pullman car washrooms—“a real American institution,” he called them. He realized that the constructive conversations he had with these influential men really did help him later on—just as that millionaire had said they would:

“[I]n all seriousness, this digression about washroom conversations truly belongs in this story of formative life experiences. For I verily believe that these hours of contacts over the years with many important, thoughtful and successful men contributed their share in the preparation for the responsibilities of today, and for the years still ahead of us. We are influenced by every person with whom we come in contact.”

It is hard to have a positive, stimulating and thought-provoking conversation—even with the people we know really well. What is even harder is having one with a complete stranger, like Mr. Armstrong did on those Pullman cars.

It takes effort to have an intelligent, deep conversation. It takes educating ourselves—whether it is about a historical event, a scientific discovery, an important development in world news, or a Bible story. It takes really knowing a subject to be able to converse deeply about it!

In other words, it takes hard work to have a high standard of communication, and all too often, we’d rather give in to a lower standard than put forth the effort to develop a higher one. It’s natural to settle for the path of least resistance.

But God wants us to strive for a royal standard of communication. We are ambassadors of His world (2 Corinthians 5:20), and He wants us to be a positive example and influence on the people we come into contact with, just like those rich men were positive influences on Mr. Armstrong.