Treat Others Like Royalty
Learn to build people up.
By Joel Hilliker • Oct. 31, 2017 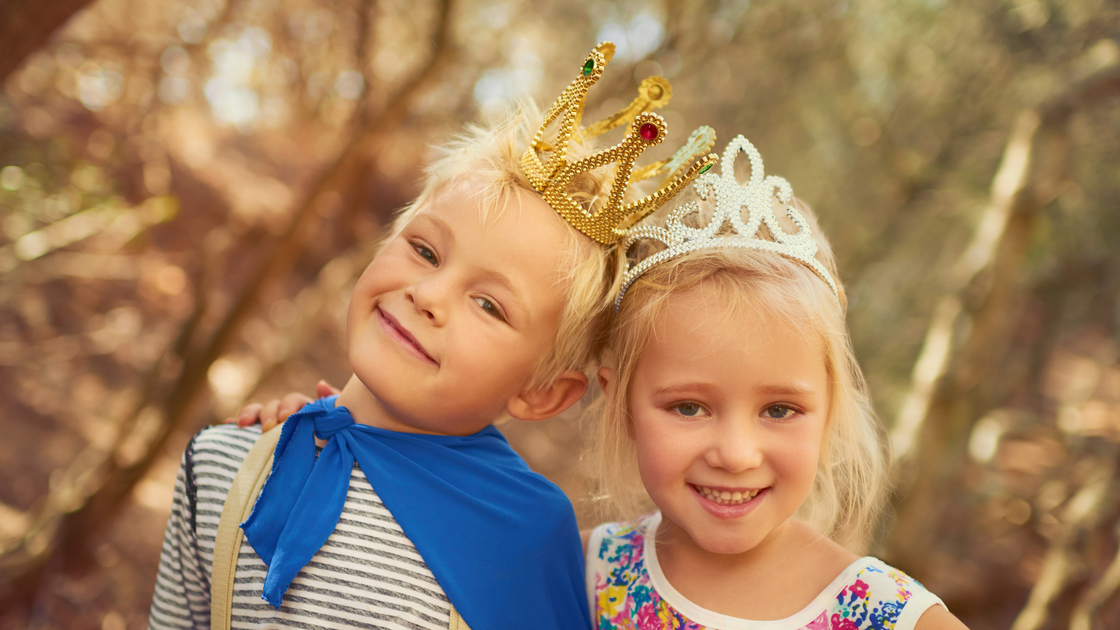 We in God’s Church are God’s royal Family! We are ambassadors for that Family—God’s representatives on Earth (2 Corinthians 5:20).

That means that we must learn to think like God. The way we conduct ourselves really does matter.

Do you know how godly royalty should behave? Most of us have never even had a personal experience with royalty in this world. We need to learn how to be royals—what to do, how to speak, how to interact with others.

Here we will focus on one aspect of godly royalty, specifically regarding how we treat people. God’s royals build people up. Instead of looking for things to criticize, we must look for things to praise.

In other words, to live up to the royal standard God has set for us, we must treat others like royalty.

In this society, people treat each other horribly. A lot of adults act like children: They are mean, they laugh at others’ expense, they constantly put people down. Twenty-eight percent of American students in grades 6 to 12 have been bullied, and about 30 percent of students admit that they have bullied others. This is the world that we live in.

We are not to be of this world, however (John 17:16). We are part of God’s Kingdom, and that kingdom is not of this world (John 18:36). To be an ambassador for God’s royal Family, you must forsake the world’s ways of putting others down and instead strive to build others up.

That is what God does. God is the most positive Being in the universe! He is full of kindness, compassion and love. He does everything He can to ensure we live an abundant life! God is rich in mercy and love toward us (Ephesians 2:4-6).

God is love (1 John 4:8). 1 Corinthians 13 gives a list of the aspects of God’s loving character: He is patient and kind. He is never jealous, vain, selfish or irritated. God is eager to praise for achievements, believe the best, and hope we succeed. His love never disappears.

Satan is the opposite. He is eager to point out mistakes, believe the worst, and hope we fail.

Satan’s mindset saturates the way people deal with each other in the world, and bullying is just one example. His spirit of competition and hostility toward others is automatically broadcast into our minds. When people fight with one another and try to exalt themselves over one another, they are giving in to the power of Satan’s broadcast.

Ephesians 2:2-3 says, “Wherein in time past ye walked according to the course of this world, according to the prince of the power of the air, the spirit that now worketh in the children of disobedience: Among whom also we all had our conversation in times past in the lusts of our flesh, fulfilling the desires of the flesh and of the mind; and were by nature the children of wrath, even as others.”

We all naturally tend to think and act like this world does. When Satan gets into our thinking, we become ugly people. We become competitive, more focused on getting for ourselves than giving to others. If we are not careful, we do this without even being aware of it.

Ezekiel 28:14-17 says Lucifer was perfect until iniquity was found in him—until he became vain because of his beauty and exalted himself above God.

Because of Lucifer’s rebellion and Adam and Eve following the way of Satan, vanity is now the law that governs this world.

We have to actively resist that tendency, so we think less and less like Satan and more and more like God—more and more like royalty. To be true ambassadors for God’s royal Family, we must love one another. We must treat each other like the royalty we are!

If we are going to combat Satan’s wavelength and learn to think, act and treat others like royalty, we need to realize how much vanity we have, and we need to learn to fight it.

There are three main ways that vanity will show up in your life. Once you understand these three ways, you can fight against them and strive to focus on others instead of yourself. This is a big part of building people up.

The first way vanity shows up is in getting offended.

Psalm 119:165 says, “Great peace have they which love thy law: and nothing shall offend them.”

If you are really living by God’s law of love, you will not take offense at what others say. God never gets offended because He has no vanity. Jesus Christ never took personal offense—even when He was beaten and crucified unjustly!

The second way vanity appears is in not taking correction well.

Hebrews 12:5-8 say, “… My son, despise not thou the chastening of the Lord, nor faint when thou art rebuked of him: For whom the Lord loveth he chasteneth, and scourgeth every son whom he receiveth. If ye endure chastening, God dealeth with you as with sons; for what son is he whom the father chasteneth not? But if ye be without chastisement, whereof all are partakers, then are ye bastards, and not sons.”

When you receive correction, it is coming from your loving Father. When you bristle against that correction, you are allowing your vanity to get in the way of God trying to help you.

The third way vanity appears is in thinking “woe is me.”

To this day, Satan feels bad for himself because he wants to rule the universe, and he will never get the chance. He hates us—the ones to whom God is giving this opportunity—and he takes every opportunity he can to accuse us and try to trip us up (Revelation 12:10).

Satan is “the prince of the power of the air,” so he surcharges the air with this same attitude of self-pity and hatred. This world is saturated with his negative, cynical, sarcastic, scornful way of thinking. Everywhere people criticize, poke fun, ridicule, and look down the nose. They think, I know so much—I’m better than these people around me! How much of that has rubbed off on you?

As a teen, you are extremely susceptible to these broadcasts! Satan just pounds you with negative messages: Everyone is against me—they don’t understand—they’re fake—they’re hypocrites—they don’t know anything—that person is stupid! Maybe you’re a little insecure about yourself, and you deal with that by criticizing everyone around you!

That brooding, negative, nothing’s-good-enough, smug, superior attitude is a plague! It wrecks friendships and destroys families. And it’s straight out of Satan’s mind!

God wants you to be full of happiness and joy! He wants you to be bright, smiling and full of cheer! He thinks in a positive, upbeat, enthusiastic and service-oriented manner. He likes humor—but humor that uplifts! He wants us to learn to be kind and compassionate, and to treat others like royalty.

When you see a situation you don’t like, don’t just judge the situation or the people involved. That is what a thermometer does: Those people are cold; he is unfriendly; this situation too hot!

Instead, be a thermostat. That means, when a room is cold, you can turn on the furnace and warm things up. When it’s hot, you can cue the air conditioning and cool the room down. When you see something you don’t like, don’t just measure, judge and condemn—help the situation! (Incidentally, one study found that 57 percent of bullying situations stop when a peer intervenes on behalf of the student being bullied.)

The story of Job shows the difference between the way God thinks and the way Satan thinks. When God looked at Job, He could see his self-righteousness clearly. But still, God loved Job so much that He praised him in front of Satan: “And the Lord said unto Satan, Hast thou considered my servant Job, that there is none like him in the earth, a perfect and an upright man, one that feareth God, and escheweth [departs from] evil?” (Job 1:8).

Meanwhile, Satan only saw a deeply flawed man and actively accused him before God (verses 9-11).

God had to put Job through some harsh trials to help him get rid of his self-righteousness, but even that was an act of love. In the end, Job was even more of a perfect and upright man than he was when God first praised him.

When God sees sin in us, He sees it as a problem that can be solved, and He comes up with a strategy to get that sin out. When Satan sees flaws and weaknesses, he wants to throw them in our faces and make us feel like we will never be able to overcome them.

When you look at other people, do you see them through God’s eyes or Satan’s eyes? If you view people as God does, you will not look down on them!

Before he was converted, Paul persecuted God’s people with zeal. He actually killed some of them! (Acts 9:1). Yet astoundingly, God looked at this man—whose name was Saul before he was converted—and saw something He could use in him. Even as Saul was committing terrible sins, God focused on his good qualities and his potential.

God doesn’t hold on to the past when He is dealing with people, and neither should we.

On page 45 of The Epistle of James, Pastor General Gerald Flurry writes this: “The very elect are God’s ambassadors on Earth. Our citizenship is in heaven, and we represent and speak on behalf of the brilliant, magnificent God of Ezekiel 1 and Revelation 1! So God wants to teach us to speak like Him.”

If you allow Satan’s law of vanity to control your tongue rather than God’s law of love, what comes out of your mouth can do enormous damage (James 3:6, 8). Rather than giving in to Satan’s law, allow the mind of Christ to direct everything you say (Philippians 2:5). What is that mind?

Mr. Flurry continued, “Jesus Christ continually spoke uplifting words while He was here on Earth. With His mind in us, we can do the same! … We must learn to say things that will encourage people and lift them up. When we fail to do that, we can easily beat people down.”

Remember, God holds each of us accountable for every word we utter (Matthew 12:36).

This world is full of people who want what is best for themselves and aren’t afraid to put others down to get it. You are ambassadors of a different world—the world of God’s royal Family. Make sure you represent that royal Family properly. Be a bright light to the world. Build people up rather than tearing them down. Treat others like royalty!