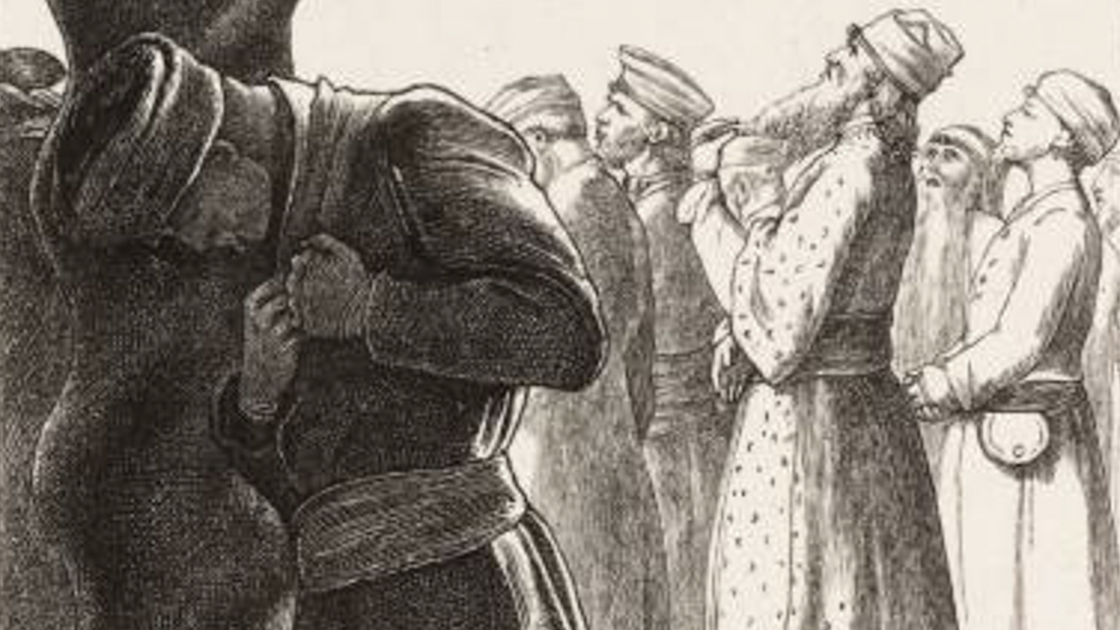 Unless we learn the lesson of overcoming sin—taught by the Days of Unleavened Bread, we will never attain the reward of the saints pictured by the Day of Trumpets. That’s why these days just ahead of us are so important. During the Days of Unleavened Bread, we are to have no leaven or leavened products in our homes (Exodus 12:15; 13:7). But Christ draws a specific lesson from this holy day which would be good for us to notice.

In the Gospel of Matthew, Christ says, “The Pharisees also with the Sadducees came, and tempting desired him that he would show them a sign from heaven. He answered and said unto them, When it is evening, ye say, It will be fair weather: for the sky is red. And in the morning, It will be foul weather to day: for the sky is red and lowering. O ye hypocrites, ye can discern the face of the sky; but can ye not discern the signs of the times? A wicked and adulterous generation seeketh after a sign; and there shall no sign be given unto it, but the sign of the prophet Jonas. And he left them, and departed. And when his disciples were come to the other side, they had forgotten to take bread. Then Jesus said unto them, Take heed and beware of the leaven of the Pharisees and of the Sadducees. And they reasoned among themselves, saying, It is because we have taken no bread” (Matthew 16:1–7).

Christ explained this further in Matthew 5:20: “For I say unto you, That except your righteousness shall exceed the righteousness of the scribes and Pharisees, ye shall in no case enter into the kingdom of heaven.”

What was the leaven of the Pharisees, and why is that so important?

To understand, we need to examine the origins of the Pharisees and the Sadducees. After the days of Ezra and Nehemiah, the keeping of the law of God began to be watered down. By the time of Jesus, there were no official teachers of the law. The fact that a few independent students of the law existed is proved by the few learned men who came to the front with the establishment of a Sanhedrin in about 196-200 b.c. Those teachers were composed of both priests and lay teachers. The problem with that was, laymen—men of the community—were never ordained by God to teach.

Without proper guidance from any recognized authority, that private study brought about different schools of thought (known as oral traditions). Adding to the confusion and lack of unity was the considerable influence of Greek, or Hellenistic, ideas and ­culture.

As those oral traditions became codified, the Pharisees built up a body of tradition that they made as binding as the written law (the Torah). Josephus, in his Antiquities of the Jews, wrote of the traditions of the Pharisees: “What I would now explain is this, that the Pharisees have delivered to the people a great many observances by succession from their fathers, which are not written in the law of Moses” (book xiii, chap. 10; emphasis added).

This was diametrically opposed to the commandment of God. Such privileges that the lay teachers were usurping to themselves would never have been permitted while the Sopherim, the successors of Ezra and Nehemiah, were in authority. The law of Moses, which God had directly given to Moses, clearly enjoined that the priests, with their helpers, the Levites, were to perform the functions of teachers, not just any layman who would presume to do so.

The differences of opinion between the lay leaders and the priests caused a permanent breach between these two groups. The lay leaders, with the religious Jews on their side, gathered themselves together into one major group. The priests, on the other hand, who tended to follow the Torah but who were heavily influenced by Greek ideas, tended to agree with one another and gravitated into another group.

This difference between the two leading religious factions among the Jews was the beginning of the two prominent Jewish sects mentioned in the New Testament—the lay leaders, who made up the Pharisees, and the priests, most of whom represented the Sadducees. Members from both groups were a part of the Sanhedrin (the Jewish court), but they were almost always divided on policy.

So, by the time of the first century, the Pharisees were the religious leaders of the common people—those who were inclined to religion. The main problem was that they were not ordained to preach; they were untrained in the Scriptures and spoke from their own opinions. They sounded righteous and knowledgeable, but in fact, they didn’t know God’s law. They were hypocrites. They acted righteous, but there was no repentance in them. They were still full of human vanity and self-righteousness. They were puffed up about themselves.

The Pharisees’ attitudes were contrary to the instruction of Christ to His followers to be servants—to humble the self. That is a main lesson of Unleavened Bread.

Exalting the self is the leaven of the Pharisees, and that was the Jewish world into which came the Son of God.

The leaven of the Pharisees is best illustrated by the parable in Luke 18:9–13: “And he spake this parable unto certain which trusted in themselves that they were righteous, and despised others: Two men went up into the temple to pray; the one a Pharisee, and the other a publican. The Pharisee stood and prayed thus with himself, God, I thank thee, that I am not as other men are, extortioners, unjust, adulterers, or even as this publican. I fast twice in the week, I give tithes of all that I possess. And the publican, standing afar off, would not lift up so much as his eyes unto heaven, but smote upon his breast, saying, God be merciful to me a sinner.”

Can we see these two different men in our imagination? The Pharisee, who seemed humble on the outside, but inwardly was a strutting peacock—always ready to take control, always willing to tell others what they ought to do, and yet never having repented of having an idol: himself. And the publican, who was considered a low-class person in Judea, seen as a collaborator with the Roman government because he was a tax collector.

This publican wouldn’t even look up. He was a sinner, and he knew it. That is surprising, considering what we now know about the religious teaching of the day. How did he know he was a sinner? What gauge did he use to know what sin was? Well, he had to have known the law of God—that’s where we learn about sin. Quite a departure from the common men of his day, who leaned to their own understanding.

And Christ said of the publican that he went to his house justified (verse 14).

The Feast of Unleavened Bread is a time to focus on what leaven is and what to do with it. That subject has several facets: We need to put leavening out of our homes; we need to put leavening out of our lives; and we need to beware of the leaven of the Pharisees—self-righteousness. Without accomplishing the last point, the first two are worthless. Self-righteousness, or the exalting of the self in any way, is the result of being led by Satan. It is a refusal or reluctance to follow the law of God. It is the idea of “Well, here’s what I think,” instead of considering what God thinks. It is the spirit of rebellion.

Let’s enter these spring holy days having examined ourselves for, and cleansed ourselves of, the leaven of the Pharisees.