The Three Resurrections
What does the Bible tell us about the resurrections.
By Mark Jenkins • September 2014 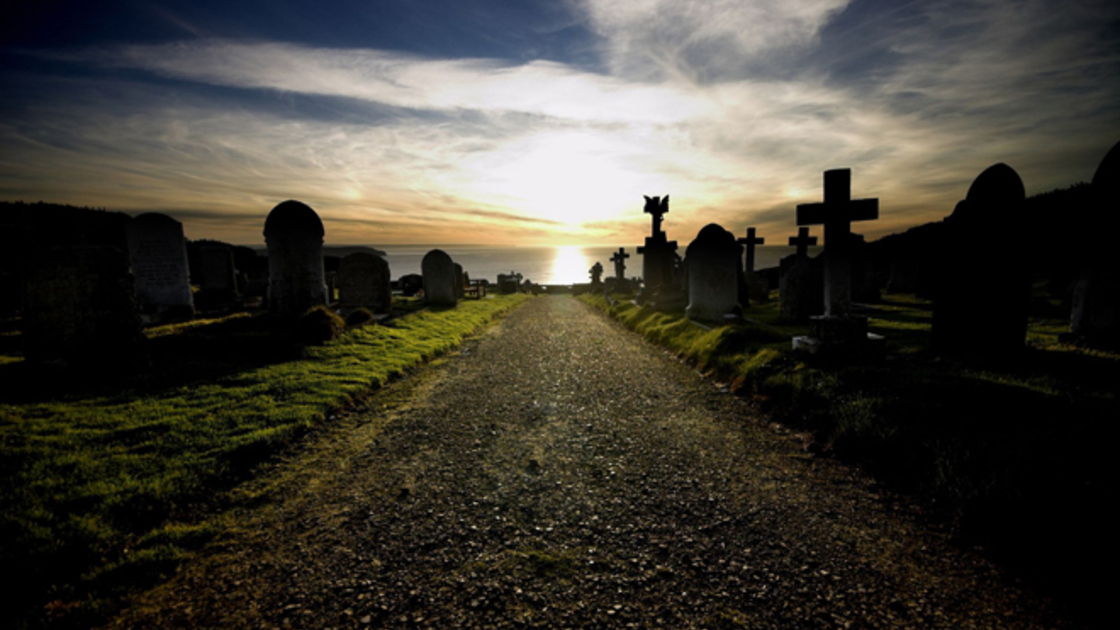 Throughout history, man has had a fascination with death and the afterlife. Will you and your loved ones live again? Do you have an immortal soul, as so many professing “Christians” believe? The biblical teachings on life and death have been primary targets of Satan the devil from the beginning. The first recorded lie was that man would not die (Genesis 3:4), and man has believed the “immortal soul” lie ever since.

When Satan told Eve that she would “not surely die,” she was deceived. Both Eve and Adam subsequently chose to reject the revelation that God had given them. Man refuses to accept God’s revelation about death and resurrection to this day, relying instead on his own human reasoning. Modern “Christianity” commonly accepts the immortal soul lie without a shred of evidence and with plenty of proof to the contrary!

Genesis 2:7 says, “And the Lord God formed man of the dust of the ground, and breathed into his nostrils the breath of life; and man became a living soul.” This word soul in no way implies immortal life. The word is nephesh in Hebrew and is translated “a breathing animal.” It is used throughout the Old Testament to describe creatures such as cattle, fowl, whales—and man. Ecclesiastes 3:19 shows that man dies just as the animals do.

The soul is physical, composed of matter, and it can die. We see this point emphasized throughout the Bible. “Whereas ye know not what shall be on the morrow. For what is your life? It is even a vapour, that appeareth for a little time, and then vanisheth away” (James 4:14). Our temporary physical existences are also compared to withering grass that is blown away by a gust of wind (1 Peter 1:24; Psalms 103:13-16).

The Bible shows that all who die—which is everyone—will eventually be resurrected. The question is not if a person will be resurrected, but when. “For as in Adam all die, even so in Christ shall all be made alive. But every man in his own order …” (1 Corinthians 15:22-23).

Jesus Christ was the first to be resurrected. He is the “firstborn among many brethren” (Romans 8:29), and has made the resurrection of everyone who has ever lived possible. A careful study of God’s Word reveals that there are three resurrections yet to come.

What follows is a brief overview of the biblical teachings concerning the resurrections.

The first resurrection is reserved specially for a) the dead in Christ and b) those who are Christ’s at His coming. “For the Lord himself shall descend from heaven with a shout, with the voice of the archangel, and with the trump of God: and the dead in Christ shall rise first: Then we which are alive and remain shall be caught up together with them in the clouds, to meet the Lord in the air: and so shall we ever be with the Lord” (1 Thessalonians 4:16-17).

These are those who belong to Jesus Christ; those who have repented and received the Holy Spirit (Romans 8:9). These people will live forever and reign with Christ throughout the Millennium, as shown in Revelation 20:5-6.

Revelation 20:5 shows when the next resurrection will take place: “But the rest of the dead lived not again until the thousand years were finished.” As we can see, at the end of the 1,000 years, two things will happen. Satan, who will have been imprisoned throughout the Millennium (verse 3), will be released from his prison for a “little season” and, after this, everyone else who has ever died will be resurrected. Most of humanity will be brought back to life in this resurrection. They will then finally have God’s truth revealed to them and be given their chance to become a part of God’s Kingdom. This period of time is called the Great White Throne Judgment.

Only one passage reveals the duration of the Great White Throne Judgment: Isaiah 65:17-25. In verse 20, we read, “There shall be no more thence an infant of days, nor an old man that hath not filled his days: for the child shall die an hundred years old; but the sinner being an hundred years old shall be accursed.” From this point on, no more infants will be born. There will then be two classes of people: “the child” and “the sinner.”

“The child,” in this instance, refers to a person who is righteous. We are to enter the Kingdom of God as a little child (Luke 18:17). Why, then, does the Prophet Isaiah say that the child will die?

Because it is given to all men to die once. “[I]t is appointed unto men once to die, but after this the judgment” (Hebrews 9:27). The temporal, physical existence of the righteous will end. Those that fall into the category of “the child” will become the Spirit-born sons of God, just as those who were Christ’s at His coming will have in the first resurrection. They also will be changed “in the twinkling of an eye” (1 Corinthians 15:51-52).

The third resurrection is a resurrection to the second death. The Prophet Daniel spoke of this resurrection: “And many of them that sleep in the dust of the earth shall awake, some to everlasting life, and some to shame and everlasting contempt” (Daniel 12:2). Jesus Christ calls it the resurrection of “condemnation” (John 5:29; New King James Version).

Everyone will be given the opportunity to repent and become a part of God’s Family, but not everyone will accept it. Those who are not found in the book of life will be cast into the lake of fire, ending their existence forever (Revelation 20:14-15). Malachi 4:3 adds that in the end the ashes of the wicked will be under the feet of the righteous. The incorrigibly wicked will have died the second death, from which there will never be a resurrection. This is a merciful act on the part of their Creator. If these people had immortal life, they would be miserable eternally, so God compassionately ends their lives, leaving only the “smoke of their torment” to ascend forever (Revelation 14:10-11).

When the resurrections have finally taken place, those left alive will have an immortal soul—one composed of spirit rather than dust. The resurrections are, in fact, the fulfillment of our incredible human potential. In his book The Incredible Human Potential , Herbert W. Armstrong wrote about that awesome future:

“When born of God, we shall be spirit, no longer human flesh and blood. We shall be given power! As Daniel revealed, the saints then shall take the kingdoms of Earth’s nations and rule them for the first thousand years—establishing world peace and divine government under Christ.

“And after that? The passage in Hebrews 2 shows that then, again under Christ, we shall be given power to rule over the entire vast universe—literally all things. For that is the power that has been given to Christ and will be ours as joint inheritors with Him!

“Yes, there is a life after death for those obedient to God—a spirit life of incredible potential beyond our wildest dreams! Can we humans grasp the awesome portent of these astounding truths? Attaining immortal life should be our all-encompassing goal. For that is the gift and desire of our merciful Father and His Son Jesus Christ.”

What a glorious vision of the future!