From One World to Another
Do you clearly see your part in God’s new world to come?
By Darren Verbout • Sep. 28, 2017 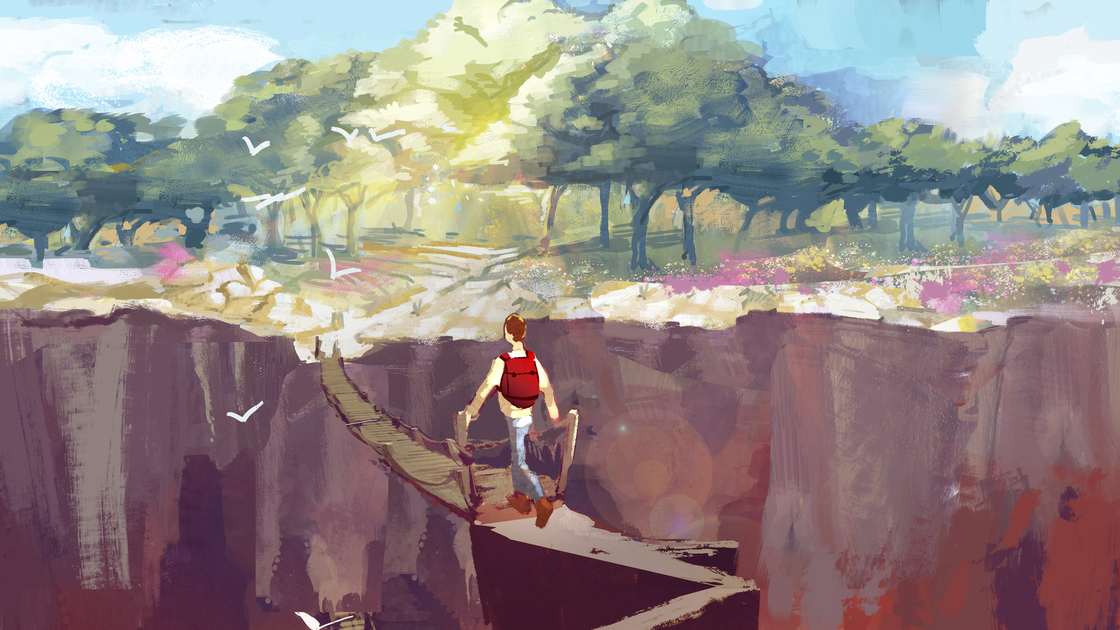 On May 2, 1803, a significant treaty was signed between the United States and France. President Thomas Jefferson, working with Napoleon Bonaparte of France, agreed to purchase a large piece of territory. This transaction was called the Louisiana Purchase. It cost the United States $15 million—only three cents an acre. In today’s dollar value, that would be $313 million.

Acquiring this territory added 828,000 square miles to the land the United States already owned—doubling the size of the U.S. Portions of 15 current states made up this purchase. One of those states is where God has headquartered His Church today: Oklahoma!

Shortly after the acquisition of this expansive territory, President Jefferson funded a small expedition to explore the uncharted West. He assigned two men to lead this expedition: Meriwether Lewis and William Clark.

When Lewis and Clark began the journey in 1804, they needed a guide—someone who knew the area. They needed someone to lead them and teach them how this new world functioned. They chose a French trapper by the name of Charbonneau. They chose this man not for his trapping skills, but primarily because of his wife—his teenage wife.

Her name was Sacagawea.

Before you read any further, understand this: This article is not about how to get married when you are still a teen. There’s a much bigger point to this!

Sacagawea spoke several Indian languages and knew the region well. Along their journey to the Pacific Ocean, Sacagawea provided life-saving information about the land, including how to find and identify edible roots and plants. She negotiated with other Indians for supplies and horses. When one of their boats capsized in the Missouri River, she rescued the essential journals from the expedition. This teenager helped to open up a new world! She taught, guided, served and rescued.

As teens in God’s Church in the very end time, you will be the only teens to ever transition from one world to another. You are standing on the edge of a new frontier, and you need to be ready to teach, guide, serve and rescue—just like Sacagawea.

In this new world, your parents will be kings and priests (Revelation 5:10). That makes you princes and princesses! As royalty in the World Tomorrow, you will have a huge responsibility.

These people will be led to righteousness by your example (verse 21). From the November 1969 Tomorrow’s World: “In the office of a king, governor, mayor or administrator, you will co-rule with spirit beings (those of us changed at Christ’s coming). You will take orders, but you who learn to obey now will also give orders—the right kind, to many other physical humans in the wonderful World Tomorrow.”

From a September 1985 Good News article: “You have the opportunity to help usher in a whole new age! …

“When other people at the beginning of the Millennium find out that a teenager’s father or mother is now a member of the God Family—when they discover that the teenager attended God’s Church or studied the Church’s teachings in this age—then they will look up to that teenager to show them the way.

“Those teenagers who strive now to learn God’s way are then going to be in high demand!”

It’s all too easy to allow temptations from the world today to pull you away from God and the future He wants to give you in the new world. Technology, inappropriate clothing and untimely relationships are some of the devices Satan uses to distract you. This is why keeping the vision of your future as a pioneer of the World Tomorrow in the forefront of your mind is so vitally important.

From the February 1970 Tomorrow’s World: “Every one of you, at one time or another, has dreamed about ‘the good old days.’ The days when Columbus sailed, when Drake pirated, when Lewis and Clark explored, when Crockett and Boone pushed west—when lands were to be settled, and when there was pure air to breathe and a bright future to look to.

“In some of the days gone by, men had visions, dreams. It is hard to find anyone dreaming of the future today. Science has tried to capture your fancy by glamorous pronouncements for the future brought about through technological advancements.”

When you are a God being, a cell phone will be like a baby’s rattle. Texting will be child’s play. Forget instant messaging through a device—you’ll be able to instant message other Gods through thought. Don’t let the technology of today’s world drag your mind off the future.

The article in Tomorrow’s World continues, “The real challenge is right here on Earth. Learning how to live, how to be happy and truly ‘making the world a better place.’ When Jesus Christ is finished shaking this Earth to its senses, not much is going to remain but a few million true pioneers.

“The opportunities are limitless.

“Imagine the thrill of helping to rebuild all this world’s cities—eliminating all the mistakes made before, figuring how to prevent ghettos, eliminating rat problems, providing safe play areas for healthy, vibrant children. …

“And then imagine what it will be like for the second, third and fourth generations into the Millennium. … Talk about utopia—your grandchildren will experience pioneering that Columbus, Lewis and Clarke, Boone and Crockett never saw.”

Ezekiel 36:35 says, “And they shall say, This land that was desolate is become like the garden of Eden; and the waste and desolate and ruined cities are become fenced, and are inhabited.” This is what your job in the future will be—turning the waste and desolate cities into inhabited, thriving centers of activity. When you feel the pressures of today’s world pulling you away from God, strive to get your mind on your future job. Meditate on it, and find ways to make it tangible.

Think about your future in vivid terms like this 1969 Tomorrow’s World article describes: “In today’s world only the very rich can afford a home on the beach, the lake or stream. Tomorrow, if you like the fun-filled out-of-doors, you will be able to afford a home equipped, not only with hot and cold running water, but with a natural trout stream meandering through the living room. You may decorate your 90’x100’ living room with natural plantings, banana trees, ferns and all manner of tropical plants bearing luscious fruit. As a matter of fact, a real 50-foot waterfall can also be a part of the décor rather than today’s four-foot man-made innovation. Instead of house cats or stuffed teddy bears, your children can have their own personal lion (Isaiah 11:6).”

Imagine this scenario: You get married in the Millennium and have four children—two boys and two girls. The girls grow up, marry into another family, and take their name. Your sons marry and have four children. If this pattern repeated itself, after 333 years, you would have around 2,000 family members with your same last name.

After 666 years, the family number would jump to 2 million.

When the time comes, the Millennium will begin—with or without you. God wants you to be there. He wants you to be the pioneers of the new world—leading millions and eventually billions of people into God’s way of life like Sacagawea led Lewis and Clark into the territory of the Louisiana Purchase. Is that the future you want?