Loyalty Begins at Home
I was spending a lot of time away from home the summer I turned 13.
By Dennis Leap • Sep. 1, 2017 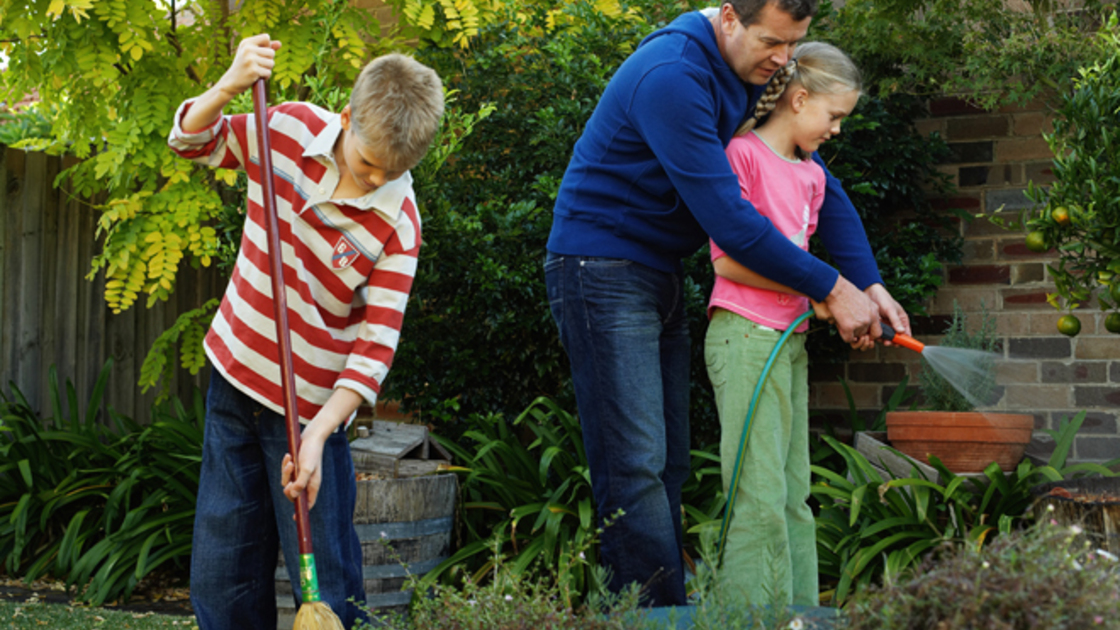 Are you teaching your teenager loyalty? Here is how.

Webster’s defines loyalty as “faithful in allegiance to one’s lawful government, … faithful to a private person to whom fidelity is held to be due, … faithful to a cause, ideal or custom.” Essentially loyalty means the same as faithfulness.

How many young people are deeply loyal to their parents, teachers, families and schools? How many are being taught to be loyal to God, His purposes, laws and way of life? “Many a man proclaims his own steadfast love, but a faithful [loyal] man who can find?” lamented Solomon in Proverbs 20:6 (English Standard Version). The absence of loyalty was a problem in Solomon’s time. It is still a problem today. Why? Loyalty or faithfulness is difficult to teach human beings because we are naturally selfish, self-centered pleasure seekers.

Loyalty Must Be Taught

Remember, loyalty is equal to faithfulness. No child wakes up in the morning deciding to be faithful. He must be taught to be. Loyalty is best taught within the structure of the family.

To build loyalty into your teen’s character, teach him to maintain deep respect for your authority. Fathers must teach and insist upon respect for the mother and vice versa. In today’s world, authority and the exercise of authority are viewed as the great evil in child rearing. Experts, especially American experts, believe that you should make your child your ally, or treat him as an equal. This is insanity times insanity. If you make your child an ally, he will become your tyrannical boss (Isaiah 3:12).

Teens actually hunger for clear, strongly drawn lines of authority. Forceful, loving authority will make your son or daughter feel safe and secure. Not having to waste energy wondering where the boundaries are, he will be unleashed to perform and excel at his fullest.

“My Father is greater than I,” recognized Jesus (John 14:28). Christ accepted that God was His supreme authority. Did this make Him an unsuccessful dweeb? No. Because He knew that He needed to look to His Father, He became the Savior of all mankind and future King of Earth (Hebrews 1:3; Revelation 19:16).

How does your teen talk about you to his friends and associates? Are you the greatest Dad? Are you the best Mom ever? To discuss anything less than that is disloyalty.

Use your authority wisely while working with your teenager. Physical discipline is most effective when children are very young. But by the time your child reaches his teens, he needs strong teaching most of all. Teens need education in cause and effect.

Are you using your authority to teach your teen how to avoid the negative effects of wrong action? When your teen disobeys you, a penalty must be paid. For a teen, the best “effect” for wrong action is the denial of privileges. In a similar fashion, reward your teen for continual obedience. Let him know you trust him by extending privileges to him—like driving the family car.

God never lets us down. He plans to reward us handsomely for our loyal obedience. “A faithful [loyal] man will abound with blessings,” God promises us (Proverbs 28:20; esv). Do this and your teen will recognize how wonderful it is to have a parent like you. You will build lasting loyalty in your teen!

Although the Israelites struggled with loyalty to God, Joshua proclaimed, “And if it seem evil unto you to serve the Lord, choose you this day whom ye will serve; whether the gods which your fathers served that were on the other side of the flood, or the gods of the Amorites, in whose land ye dwell: but as for me and my house, we will serve the Lord” (Joshua 24:15). Joshua followed the example of Moses, who was very faithful to God, His laws and way of life (Hebrews 3:2).

The Key of David booklet shows that Zadok the priest and his entire family were loyal supporters of King David—continually—in the good times, but especially the difficult ones. They remained true to David until the day he died. Zadok was locked on to the cause God had laid out for David. He successfully taught his sons to follow his sterling example.

To build loyalty into your teen’s character, be sure your family is dedicated to God’s cause. Teens passionately embrace causes. Unfortunately many today are embracing the wrong cause. In the last two elections, for examples, the youngest American voters—older teenagers—heavily contributed to President Barack Obama’s victories.

As a young teenager, David understood God’s cause for Israel better than his older brother Eliab did. While his brother—a soldier—was shaking in his sandals at seeing Goliath, David wanted to take Goliath out for defying “the armies of the living God” (1 Samuel 17:26). Eliab chided his little brother for supposed arrogance. “Is there not a cause?” responded David (verse 29). The future king knew that Israel was God’s nation with a lofty mission! They should not be bullied by anyone—even giants!

Do you and your family understand and faithfully support God’s cause? God’s Church—the spiritual nation of Israel—has an incredibly high and awesome mission. Not only do we have the heavy responsibility to spread God’s warning message around this dying world, we have the glorious opportunity to introduce Jesus Christ all mankind, which does not know Him. When explained correctly, this truth will excite your teenager. You must discuss these things often with your teen.

Teach your teenager to be loyal to our Creator God, His laws, government and way of life. The easiest way to begin doing this is by emphasizing proper Sabbath-keeping (including the holy days) with your children, especially your teens. A teenager who is intensely loyal to God’s sabbaths will not quickly leave God’s Church. The weekly Sabbath reveals God’s great cause for mankind. It is a command that demands our attention, preparation and obedience. It truly is a beautifully wrapped, complete package for teaching loyalty.

Think about the aspects of faithfulness required to observe the Sabbath. Sabbath observance requires us to be loyal to God’s Word, since it is only in the Bible that we learn that God’s Sabbath is the seventh day of the week. It requires us to be loyal to God and His government, because He commands us to observe it. Keeping the Sabbath requires loyalty, or faithfulness, to God’s one true Church. No one can truly observe the Sabbath properly unless we attend services with God’s Family. Remember, the Sabbath requires us to convene together with others for services (Leviticus 23:1-3). The Sabbath is one of God’s greatest gifts. Let’s make full use of it to help our teens.

God and Christ hold great delight for the Sabbath and want us to do the same (Isaiah 58:13). When observed properly, Sabbath-keeping brings your entire family closer to God. God promises that every family that observes the Sabbath with delight will receive a multitude of blessings (verse 14). Loyal teenagers sincerely look forward to and delight in God’s weekly Sabbath and holy days.

Imagine for a moment that God was disloyal to us, His Church. How devastating would that be? What if God told us that He was only kidding about Jesus Christ’s return and the resurrection? What if He said, I didn’t tell you the truth about being “born again”? Who could trust a God like that?

God is faithful in His Word—He can never lie to us (Hebrews 6:18). God’s faithfulness gives us hope and the encouragement to press on in our Christian fight against Satan, his evil world and our flawed human nature.

To build loyalty into your teen’s character, teach your teen about the spiritual devastation that disloyalty causes in people’s lives. The Bible is replete with examples of the negative and fatal effects of disloyalty. Miriam and Aaron were disloyal to the office God gave Moses, which led to Aaron suffering shame while Miriam suffered from leprosy (Numbers 12:1-15). Korah’s disloyal rebellion led to the destruction of his family and the families of the men who joined with him (Numbers 16:1-33). King Saul is a study in disloyalty. You can add Abiathar, Joab and David’s sons Absalom and Adonijah to the nearly endless list of the disloyal. We need to make sure that we, along with our children, are not on that list.

“We need to ask ourselves, are we intensely loyal to God, His government and His leadership?” writes Gerald Flurry in The Key of David. Are we? Is your teenager?

God is going to test our loyalty. Let’s be sure that we, and our teens, pass that test—continually—just like Zadok and his family did. Let’s not forget, loyalty begins at home.