Why Most Do Not Understand Prophecy
One cannot unlock the mystery in Bible prophecy without this indispensable key.
By Stephen Flurry • June 2005 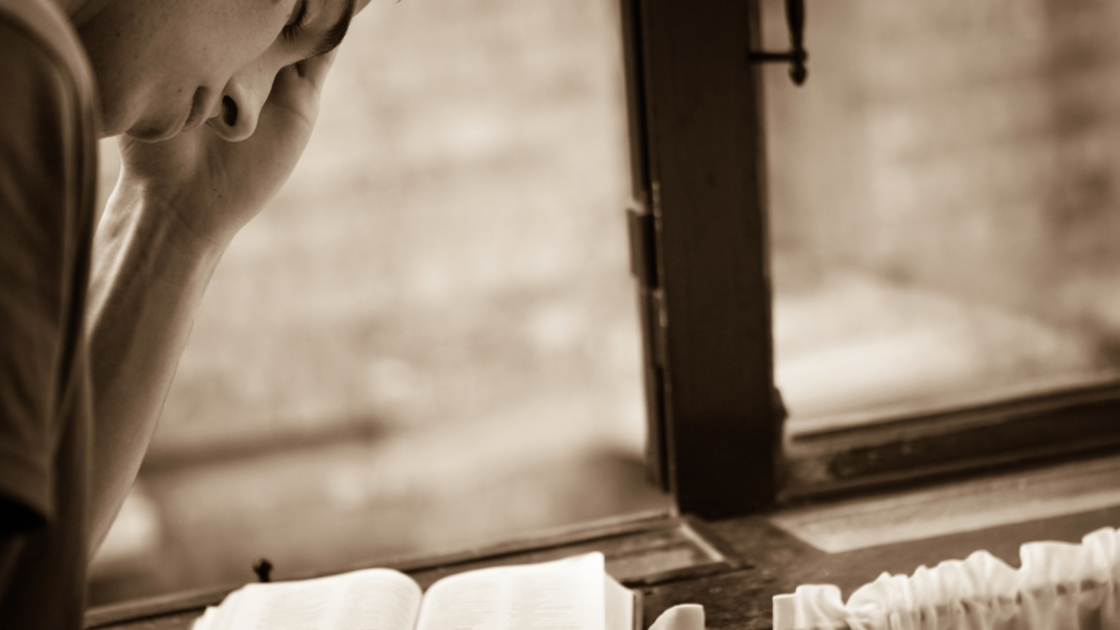 Most are familiar with the term “twelve tribes of Israel”; those who descended from the 12 sons of Jacob (whose name God changed to Israel): Reuben, Simeon, Levi, Judah, Issachar, Zebulun, Joseph, Benjamin, Dan, Naphtali, Gad and Asher (Genesis 35:22-26). When the Israelites arrived in the Promised Land under Joshua, each tribe was given its own district, except for the priestly tribe of Levi, which mingled among all the tribes. Also, Joseph had separated into two tribes by this time—Ephraim and Manasseh. Both were assigned their own district. So, technically, there were 13 tribes, but 12 districts. Except for Levi, the tribes mostly kept to themselves. Yet they were united as one nation, the nation of Israel, much like the 50 states in America.

Israel reached its height as an empire during the reigns of King David and his son Solomon. God had made an unbreakable covenant with David that his kingly dynasty would continue right up to the return of Christ. God said in Jeremiah 33:17 that David’s royal line would never end.

But because of Solomon’s sexual perversion and idol worship, God said, “I will surely rend the kingdom from thee” (1 Kings 11:11). God, however, promised to preserve one tribe for David’s sake (verse 13).

Solomon died in 926 b.c. The people begged his son, Rehoboam, to relieve them of the unbearable taxes his father had instituted (1 Kings 12:4). Rehoboam disdainfully replied, “My father hath chastised you with whips, but I will chastise you with scorpions” (verse 11). Ten Israelite tribes rebelled against Rehoboam and seceded from the kingdom. They chose Jeroboam as their ruler. “There was none that followed the house of David, but the tribe of Judah only” (1 Kings 12:20). God’s prophecy was fulfilled. Israel separated into two kingdoms.

Rehoboam tried to subdue the rebels and preserve unity in Israel. He succeeded in retaining the tribe of Benjamin (verse 21). Most of the tribe of Levi also joined Rehoboam’s forces. But God finally told him to stop fighting with Israel, “for this thing is from me” (verse 24).

Before Israel separated into two nations, all Jews were considered Israelites. After the division, Jews were no longer called Israelites. The Bible calls them Judah. When the dust settled, the 10 seceding tribes moved their capital north to Samaria and chose Jeroboam as king. It is they who retained the name “Israel,” not Rehoboam’s kingdom. The smaller southern kingdom retained Jerusalem as its capital, but became known as Judah. God’s prophecy came true. He did rend the kingdom of Israel from Solomon’s descendants. He left only a small “part” for Rehoboam, and that only because of the covenant He had made with David!

From this point forward, the Bible deals with Israel and Judah as two separate nations. They dwelt in separate, yet adjoining, regions. Each had different kings. They were constantly fighting each other. “And there was war between Rehoboam [Judah] and Jeroboam [Israel] all their days” (1 Kings 14:30).

As soon as Jeroboam gained control of the northern kingdom, he rejected God’s holy days and introduced idol worship to the nation. This continued over many generations. God constantly pleaded with Israel through His prophets, warning them to return to their former ways. Israel refused. So God promised to “root up Israel out of this good land” to be scattered abroad over the face of the Earth (1 Kings 14:15).

God used the Assyrians to root them up. “And Pul the king of Assyria came against the land” (2 Kings 15:19). Assyriologists attribute the name “Pul” to Tiglath-Pileser iii, who ruled from 745-727 b.c. Menahem, king of Israel, quickly submitted to Assyrian aggression and paid tribute to Pul with much silver and gold (verse 20). He appeased Pul, but infuriated his own people who despised the burdensome taxes.

Angered by Menahem’s compromise, an Israeli army officer named Pekah killed Menahem’s son and took over the throne. Pekah entered into a military alliance with Rezin, king of Damascus, in hopes of thwarting Assyrian advances. Other Phoenician and Arabian states joined the alliance. But King Ahaz of Judah, the southern kingdom, obstinately rejected it. 2 Kings 16:5 says that Rezin and Pekah descended upon Jerusalem to force Ahaz into the defensive league. Judah resisted. The league, however, did succeed in driving the Jews out of Elath (verse 6).

Most people read over this seemingly unimportant skirmish in 2 Kings 16 without realizing the true significance. It’s the first time the word “Jews” is mentioned in the Bible and we find that Jews are fighting Israelites! Tell this to the average churchgoer today and they will think you are crazy. That’s impossible, they might say. How can Jews fight Israelites? They’re both the same people.

True, before Israel separated into two nations, all Jews were considered Israelites. But after the division, Jews were no longer called Israelites. The Bible calls them Judah!

When Shalmaneser v succeeded Tiglath-Pileser iii on the Assyrian throne, Hoshea, Israel’s new king, refused to continue paying tribute. He solicited Egypt’s help to resist Shalmaneser. It was to no avail. 2 Kings 17 records Israel’s last stand and subsequent uprooting at the hands of Assyria. “Therefore the Lord was very angry with Israel, and removed them out of his sight: there was none left but the tribe of Judah only” (verse 18). Shalmaneser and his successor Sargon ii removed tens of thousands of Israelites from Samaria and placed Assyrians in their homes (verses 22-24), just as God prophesied during Jeroboam’s reign.

If you continue reading 2 Kings in sequence, following Israel’s captivity, you will see that the history of the Jewish nation continued on, though not much longer. It too rebelled against God and His laws. In 2 Kings 23:27, God warned, “I will remove Judah also out of my sight, as I have removed Israel, and will cast off this city Jerusalem which I have chosen.”

By this time, the Babylonian Empire under Nebuchadnezzar was the world’s most dominant power. The Babylonians ransacked Jerusalem over the course of 19 years (604-585 b.c.). In the end, God removed the Jews from Palestine, just as He did the Israelites 130 years earlier.

Though Judah and Israel were different nations, God delivered the same punishment for rebellion. Israel was amalgamated into Assyria; Judah into Babylon. Israel never returned to the land of Palestine; Judah did. Read it for yourself in Ezra 1:5 and 2:1. God allowed the tribes of Judah, Benjamin and Levi to return to Palestine 70 years after their captivity to rebuild the temple. In other words, He allowed people from the kingdom of Judah to return to Jerusalem.

Here is where scholars, theologians and historians fail to understand. They know from Bible history and abundant archaeological evidence that Israel split into two nations after Solomon’s reign, but after that, their understanding is hazy at best. Those who returned to Palestine to rebuild the temple in the fifth century b.c. were Jews. The descendants of these Jews were in Palestine during the days of Christ 500 years later. Indeed, those who reside in that location today are mostly from the tribe of Judah. They have been mistakenly labeled “Israel.”

The actual descendants of the northern kingdom of Israel never returned to Palestine. When they were removed from their land in 721-718 b.c., they lost their identity. But they did not disappear, as most scholars carelessly assume. Werner Keller gives an excellent account of Israel’s separation into two kingdoms in his outstanding book The Bible as History. Yet he makes the same mistake so many others do. He said, “The people of the northern kingdom and their kings with them disappeared, were absorbed into the population of these foreign lands, and never emerged again in history. All investigation into what became of the 10 tribes who had their home there has so far come to nothing.”

It is amazing how quick scholars are to cast aside whole races of people as “disappeared.” Over centuries, names can change, people will migrate, but whole races do not just disappear. Hitler was one of history’s most noted genocidal maniacs, yet even he didn’t come close to exterminating the entire Jewish race! The 10 northern tribes biblically known as Israel after the reign of Solomon might have lost their identity, but they most assuredly did not disappear!

In Matthew 10, Jesus commissioned His disciples, those who became apostles in the New Testament Church, to preach the gospel of the Kingdom of God. They were not to deliver the gospel to Gentiles or Samaritans (verse 5). Christ told them to go “to the lost sheep of the house of Israel” (verse 6). Understand the critical history that is packed into this short verse. It was written nearly 800 years after Israel went into captivity, and here Christ tells the disciples to go to “lost” Israel. Yes, they had lost their identity, but they did not disappear! Christ couldn’t have been referring to the Jews residing in Palestine. They weren’t lost. Christ wanted His disciples to take the gospel to the Israelites who were removed from Samaria and absorbed into the Assyrian Empire hundreds of years before; those who never returned to the Promised Land.

Considering Christ’s commission in Matthew 10, it should not seem strange that after Acts 15, you do not read much in the New Testament about the original apostles. Paul is the most prominent individual in the New Testament; and he was commissioned to go to the Gentiles (Acts 9:15). There were numerous Gentile nations in and around the region of the Middle East. Most of the New Testament revolves around Paul’s travels to Gentile nations nearby and the letters he wrote to churches in those regions. The original apostles, however, left the land of Palestine to preach to the lost sheep of Israel.

The question is, where did those disciples go? Where had the Israelites migrated to? Why had they lost their identity? These questions, and many more, are answered in Herbert W. Armstrong’s fascinating book The United States and Britain in Prophecy. Request your free copy and find out why more than 6 million people have requested it over the past 65 years.