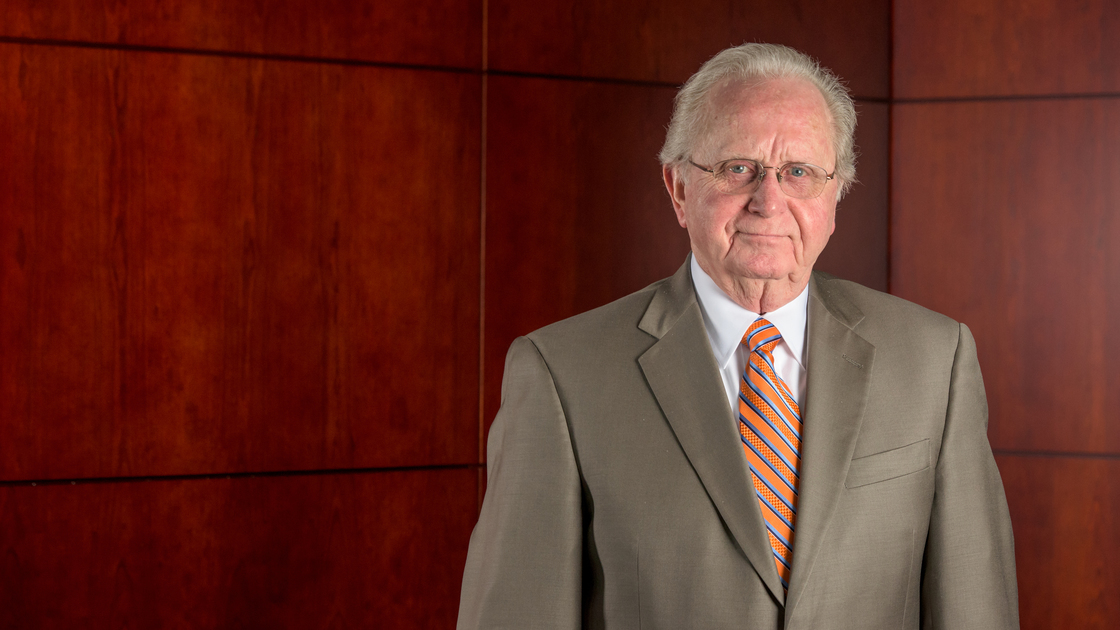 The following is adapted from Herbert W. Armstrong College chancellor Gerald Flurry’s commencement address given to two- and four-year graduates, faculty members, family and friends on May 21 at Armstrong Auditorium.

British author, journalist and broadcaster Melanie Phillips visited our college campus in Edmond on May 7. In her book Guardian Angel: My Story, My Britain, she wrote about British history teachers who resist teaching national history, considering it an elitist irrelevance. These educators are dangerously wrong.

Less than 80 years ago, Britain experienced the horrors of World War ii, a war that killed more than 60 million people worldwide. Without its prime minister, Winston Churchill, Britain, Europe and all of Western civilization would have been trampled under the boots of Nazi soldiers. Today, to save America, Britain and the Jewish state in the Middle East, we must learn about leaders like Churchill.

In Churchill’s day, people were caught up in their daily routines and didn’t like to hear his warning message. Likewise, people today don’t like to hear about the threat of nuclear annihilation. Almost all the media in Britain opposed and condemned Churchill throughout the 1930s, as did the members of Parliament. The British Broadcasting Corporation (bbc) often declined to broadcast his warnings.

Only when it was almost too late did Britain turn to Churchill. By the time he took office in 1940, millions had already died in the war. He called World War ii an “unnecessary war,” because decisive action against Adolf Hitler in the 1930s could have prevented it.

Charles Krauthammer wrote, “Without Churchill, the world today would be unrecognizable—dark, impoverished, tortured. Above all, victory required one man without whom the fight would have been lost at the beginning. It required Winston Churchill.”

Churchill was steeped in history. He knew that nations die without it! His depth of historical knowledge allowed him to discern the dangers of appeasement and surrender.

Isaiah Berlin wrote in the September 1949 issue of Atlantic magazine, “Mr. Churchill’s dominant category, the single, central, organizing principle of his moral and intellectual universe, is an historical imagination so strong, so comprehensive, as to encase the whole of the present and the whole of the future in a framework of a rich and multicolored past.”

Churchill proved that this tool of historical imagination changes and saves lives! His writings reveal an immense capacity for absorbing facts and delivering them in a way that transforms people. Churchill had no need for dreams, he said, because facts are better than dreams. Historical imagination must be built on facts.

Churchill knew that without history, the West was doomed, so he brought history to life. Studying Churchill stirs the imagination. I have been transformed by his beliefs, words and deeds. “Imagination is more important than knowledge,” Albert Einstein said. We need historical imagination.

There were times that Churchill used his historical imagination to make unpopular decisions that would later be proved correct. For example, Churchill destroyed much of the French Navy stationed in North Africa in July 1940, to prevent the French from surrendering their fleet to the Germans. If the Germans had seized that fleet, the outcome of the war could have been different. At the time, everyone criticized Churchill. Later, they realized that he was right.

Britain fought four times to free Europe from tyrants: Louis xiv, Napoleon, Kaiser Wilhelm ii and Adolf Hitler. Shouldn’t Britons want to learn all about that history instead of having utter contempt for it? Many universities there and in America don’t even require a single history course for graduation! They are lost in the present.

When most historians look at the world, they see vast, uncontrollable forces that cause nations to rise or fall. But history can be turned by individuals like Churchill.

In writing about the beginnings of World War ii, Churchill wrote, “I felt as if I were walking with destiny, and that all my past life had been but a preparation for this hour and for this trial. Eleven years in the political wilderness had freed me from ordinary party antagonisms. My warnings over the last six years had been so numerous, so detailed, and were now so terribly vindicated, that no one could gainsay me.”