We Have Hope
My experience from visiting Dachau
By Rachel Brown • Aug. 17, 2017 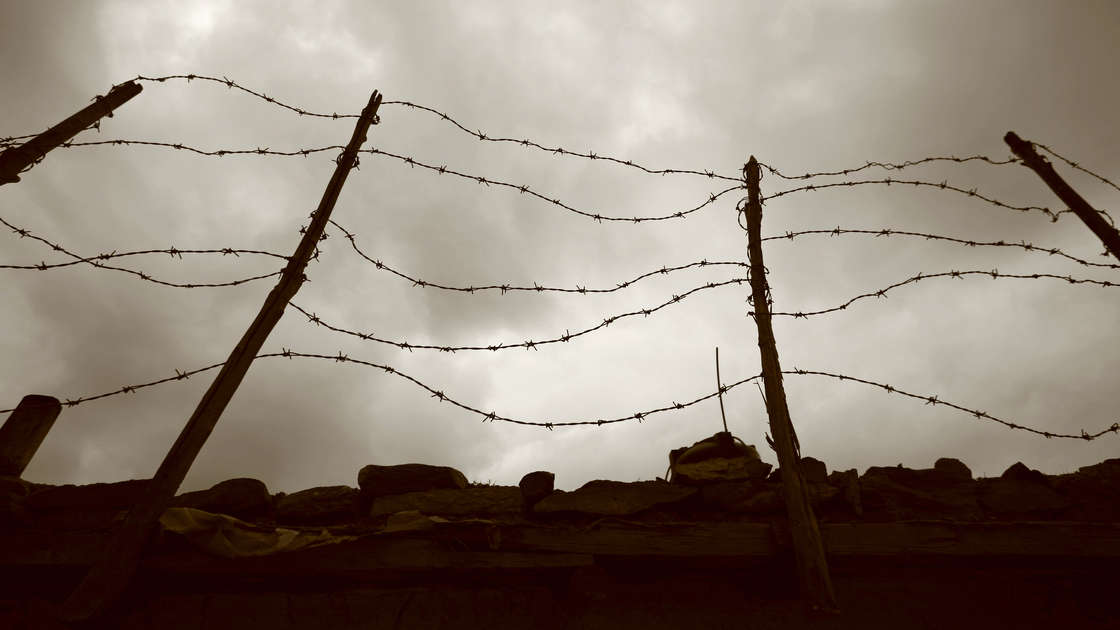 It wasn’t anything like a movie scene. It was very real—a realness that evoked the most somber of emotions. I looked around, taking in my surroundings. They were composed of ordinary things that we are used to seeing every day—trees, buildings and gravel roads—but these particular trees and buildings stood in a cloud of eeriness.

I had a hard time coping with the fact that such heinous acts had been done in an area that felt so familiar. I suppose I had assumed that the area would somehow look different when I visited—but it didn’t. It felt like a square piece of fenced-in land in my own backyard, next to a normal, busy road filled with people commuting to and from work. Yet, those fences grimly tried to contain and hide a horrible history.

Suddenly, I felt nauseated. I had only been there for 10 minutes, and I already had been moved to blink back tears twice. I wondered how many previous tears had seeped into that particular plot of land—the land that was once used as a concentration camp in Dachau, Germany.

We had disembarked from the airplane only a couple hours earlier. Some of my fellow students and I were on a Thanksgiving break trip in Austria and Germany. We had just been laughing and singing in the car from the excitement of exploring unknown territory. Now, we were all silent—except for sharing a few dismal words that seemed to encapsulate the sheer heaviness of the moment. Our faces were painted with grim expressions as we reached into our memories and placed the images we had seen in books and movies about the Holocaust into the canvas of reality before us.

A giggle came from somewhere to my left, and I looked over, allowing my face and attitude to become distorted by irritation. I found myself wondering how other people could walk around in that tragic graveyard and smile as if nothing had happened. I had to remind myself: They don’t know.

We walked from the front of the camp to the back and were about to cross over a small bridge that led into the woods. There was a sign pointing us on our way, and upon reading the words, I suddenly had to cope with a lump in my throat. Craving a brief respite, I looked up into the clear, blue sky that looked exactly like the one at home.

It looks smaller than I had imagined it, I thought as we stared directly at the building that was used as the crematorium and gas chamber. We broke off into tinier groups, and I walked into the first room I reached. The rooms were bare, dark and worn from years of use and abandonment. The only additional adornment they bore were signs on the walls, explaining what each room was used for in different languages. Scanning the sign for something written in English, my eyes quickly found what I was searching for, and I read about the use of the room. Nausea returned as I walked through the rest of the building and read what each room was used for. There was nothing in there that contained a trace of hope—just the evil conjured up in the mind of men. I had to remind myself: They didn’t know.

Returning outside, a few of us joined back together and headed down a path that led through the woods. On the right side of the path were ditches, and on the other side of the ditches were fences. In front of the fence line is where people would have stood to be executed by the soldiers standing on the other side of the ditch. I walked across the ditch to the fence. Upon reaching it, I turned around slowly, knowing that what I was about to see was the last thing many, many people saw. I looked across to the other side and saw trees, the pathway and my friends looking straight back at me. A new wave of emotions hit me as I relived a tiny bit of the despair and anguish that haunted that tiny corner of woodland. Suddenly overwhelmed by the misery of that place, I had to remind myself of something hope-filled. So, I repeated: They didn’t know.

Tears welled up one more time as we made our way back to the front of the camp. When I really thought about it, I wasn’t crying just because of the atrocious murders that happened there. I was crying because of the hopelessness that penetrated the reality and memory of that camp. The people that died there didn’t know anything more than the certainty of death that stared them in the eyes. I was crying because they needed help, and the absolute yearning to aid each and every one of them consumed me. I had to remind myself: I do know.

I can help them, and you can too. You and I have something priceless that most have never had—real hope. We know about what God has planned. We know about the joy that will soon consume the universe. We know that every single person will have a chance to know God and the limitless hope that His way of life produces. We are here for all of the people that didn’t know then, and we are here for all the people that don’t know today. We know now so that they can know later. We do know.

There is a time coming soon when there will be no more pain, death, sorrow or crying. No more unhappy tears or suffering; no more concentration camps; no more memorials or reminders; no more hopelessness. One day, we will help God wipe away the tears from the eyes of many who have only known sorrow. And when we are comforting them, and they don’t understand why these things happened, we’ll be able to offer them some hope. We will be able to say: We know. Would you like to know too?