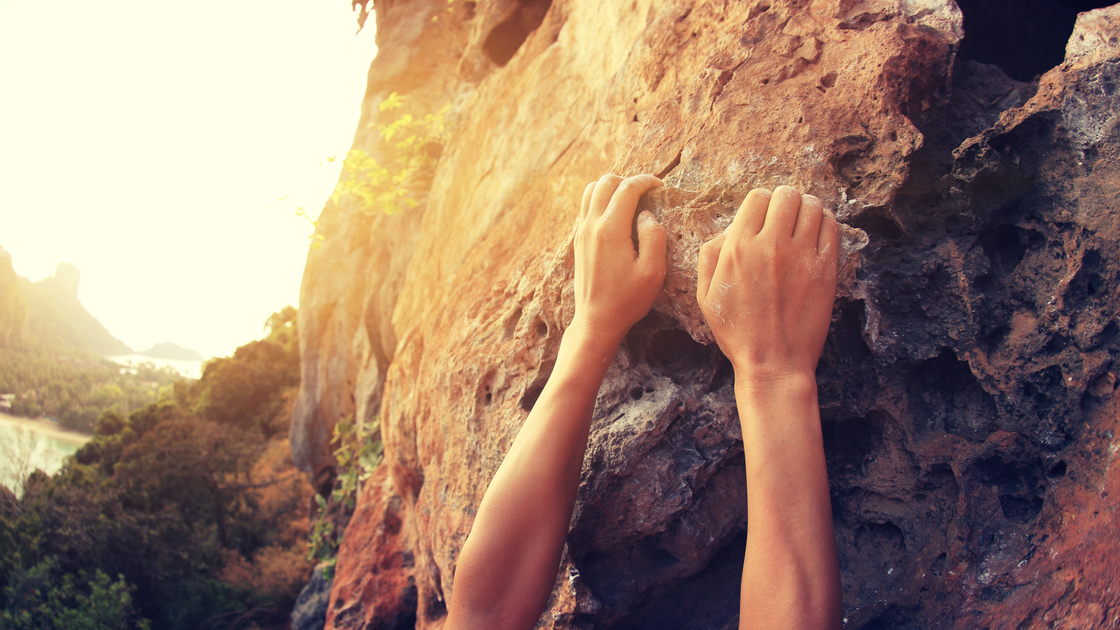 Have you ever been afraid to try something new? Maybe you are so petrified of being embarrassed that just the thought of participating in something new and different sends waves of debilitating panic through you, rendering you unable to function. Or maybe you are just the opposite—full of bravado and confidence even in areas where you have no expertise. Maybe you have spoken up too quickly and sung your own praises, only for someone to call your bluff—requiring you to deliver on your fantastic promises. Neither of these approaches is realistic or healthy. Sometimes it is so easy for us to deceive ourselves into thinking we have some ability in an area where we actually have no skill—or limited skills at best. It can also be easy for us to be paralyzed by an inordinate fear of doing something we have never tried.

Teens are not the only ones who struggle with these issues, but you are at the age when these ideas and feelings begin to manifest themselves in a more public way. You are probably just starting to have a little more independence and may be trying to stretch your wings a bit—so now the probability of being publicly embarrassed is greater. These two polar opposites—overconfidence and fear—can be equally harmful to you as you develop into a balanced and well-rounded young adult.

I had an experience dealing with both of these polar-opposite characteristics when I was just starting out as a teen in the summer of 1976. I flew all by myself from my home in Long Island, New York, to Minneapolis, Minnesota, to attend my first ever Worldwide Church of God summer camp. I was a little put out that the airlines felt that I was too immature to fly alone—they thought I needed someone to “hold my hand” the entire journey to make sure that I didn’t get lost or something. I was in an enclosed space at 32,000 feet above sea level—where was I going to go? What mischief could I possibly get into?

I found a way. You see, if you press that little orange button above your seat with the white outline of a flight attendant on it, a flight attendant has to come. It became apparent after pushing the button several times in succession that not only did the flight attendants find it frustrating, but my fellow passengers also found the bell-ringing very disruptive—a little too much like a night at the state fair. I was soon put in my place by the passengers’ disapproving glares and the stewardess’s verbal reprimand. I guess I did need some supervision after all. So much for not needing a babysitter.

After arriving at summer camp, I found many of the experiences new and exciting. There was swimming, water polo, parasailing, fishing, water skiing, archery and riflery, just to name a few of the many diverse activities. While I was not an expert at most of them, I was at least able to convincingly put up a facade of competency. As the days passed and my expertise grew, so did my confidence—that is to say, self-confidence. I was improving! At least, that is what I thought—until the day we went rock climbing.

Growing up, I spent many hours climbing trees and swinging from tree to tree. Never once was I concerned with the height or the inherent danger of that kind of activity, but with rock climbing, it was all different. The staff stationed at the base of the rock face was wearing helmets, and there were ropes, strange straps and other frightening things. I had entered a new, unknown world. Trepidation began to well up inside me. When my turn came to scale this sheer rock face, with not a tree limb to be found, my self-confidence quickly turned to debilitating fear. My apprehension grew, and my overt self-confidence was about to be exposed for what it truly was: fear.

I strapped on a safety helmet—which had the previous camper’s sweat occupying the inside rim—grabbed the harness, and slipped my legs through. My belay rope was attached, and I was ready—or at least, that is how I appeared on the outside. On the inside, I was a little less prepared. I started up the rock face all right, not wanting to expose my ineptitude to my peers, but I didn’t get very far before I ran out of options.

I had reached a spot on the rock face where there was a vertical crack in the rocks that was not wide enough to be a foothold. There was just enough room to get my fingers into the crack, and my instructors told me that the rock face protruded far enough out that if I laid back and moved my hands up the crack, I could walk my feet up at the same time. The next handhold was almost out of reach above my head. If I were going to get up the wall, I would have to trust what the instructor was saying: if I let go with one hand, I would be able to reach it. Were they serious? That was impossible. Leave the safety of a firm grip on a good handhold and lean back, holding myself by my fingertips? They must have a screw loose; that’s not safe!

There I was, dangling off a rock face at a dizzying height of four feet. I couldn’t figure out how to go up any further, and going down would have ruined my image. Ignominious defeat seemed inevitable.

I hadn’t really considered the fact that if I stretched my legs out, I could have almost touched the ground. Nor had I fully processed that I had a belay rope attached to the harness around my waist, anchored by a confident and hefty belay partner. He was more than capable of preventing me from falling if I lost my grip. In my mind, I was on the side of Mount Everest, wondering what in the world had possessed me to think that this was a good idea. Why had the Sherpas taken me up here? Why had I left the safety of the ground below and ventured where the birds fly?

After much encouragement—and I mean much—I finally marshalled enough courage to try it. I put on my brave, determined face, inched my fingers into the crack, and tried to lie back and walk my feet up the crevice. I made it to the leaning backwards part when the fear gripped me; I lost my handhold and fell. The rope cut across my middle, bending me in half with a wrenching pain. I was now swinging by a rope, alternately banging my helmet on the rock face and swinging out in midair. My confidence was shattered, and my ego was crushed.

Now confidence-free, I couldn’t grab a new handhold, and I was slowly lowered the few feet to the ground. I had not only been demoralized, but I had also been publicly humiliated in front of my peers. Could it get any worse than that?

Yes, of course it could.

I tried to make myself invisible as I watched my dorm mates traverse the sheer face of Mount Everest one after another. Meanwhile, I cowered in fear, wishing I was somewhere else—knowing my time would come again. I would have to face both my self-confidence and my unwarranted fear. I would have to swallow my pride and follow the instructor’s detailed guidance. Would that even be possible for me? I had just traveled all the way from New York by myself; surely I didn’t need anyone to tell me what to do. But wait—I had just fallen because I was trying to do it my own way. Was it possible that I didn’t know it all—that I didn’t have all the answers?

With my ego now put back in its place, I threw myself into the activity with renewed zeal. Was I afraid? You bet. But did I listen better this time and apply what the instructor said to do? Absolutely!

Because I had a totally different attitude this time, Mount Everest seemed more like the 12-foot-tall rock face that it was. It took a few minutes of dangling precariously with my fingertips gripping the crack in the rocks and my feet inching their way up the crevice for me to attain what had been elusive before—the handhold that was just out of reach above my head. Once I trusted the advice of those who knew what they were doing, the rock face seemed small and puny. It took me 30 seconds to climb up the rest of the way. The first time, when I was full of self-confidence and trying to do it my own way, I failed miserably. When I trusted the advice and counsel of those who had gone before me, I was successful.

The lesson is this: If you try to do things on your own, you may have a small measure of success at first—but when you reach an insurmountable obstacle that challenges your ability, you will probably fail. To overcome debilitating fear, we must not be self-confident, we must rely on the one who has succeeded and shown us the way. We must replace our fears with faith in God. Jesus Christ showed us the way. He set us the example. He told us that by Himself, even as God in the flesh, He could do nothing—but with God, all things were possible (Matthew 19:26). The same is true for us. We can do very little by ourselves, but with God in our lives, all things are possible. Ask God for help to overcome your fears. Ask Him to get rid of your self-confidence. Ask Him to fill your life with the same faith that Jesus Christ had, and you will move forward from success to success.

I returned to summer camp three years later. This time, I was successful at rock climbing—not because I was bigger and stronger, although that helped, but because I knew that the instructors had climbed there before, and that if I listened and did what they said, I would be successful too. I made rock climbing All-Stars that year. What a change—from an overconfident know-it-all who embarrassingly fell off the rock face to one who listened, followed instructions, and made the All-Star team.

You can conquer your fears and be a success at anything you put your hand to. The key is to ask God for the help you need. Rely on Him, because He is the greatest instructor in the universe.