The Dragon’s Deadly Assault
What is the number one focal point of Satan’s hatred? How does he attack and why must we be so aware of this deception? How do we defend ourselves against it? We must “get it,” or the dragon’s deadly assault will defeat us!
By Brian Davis • June 1996 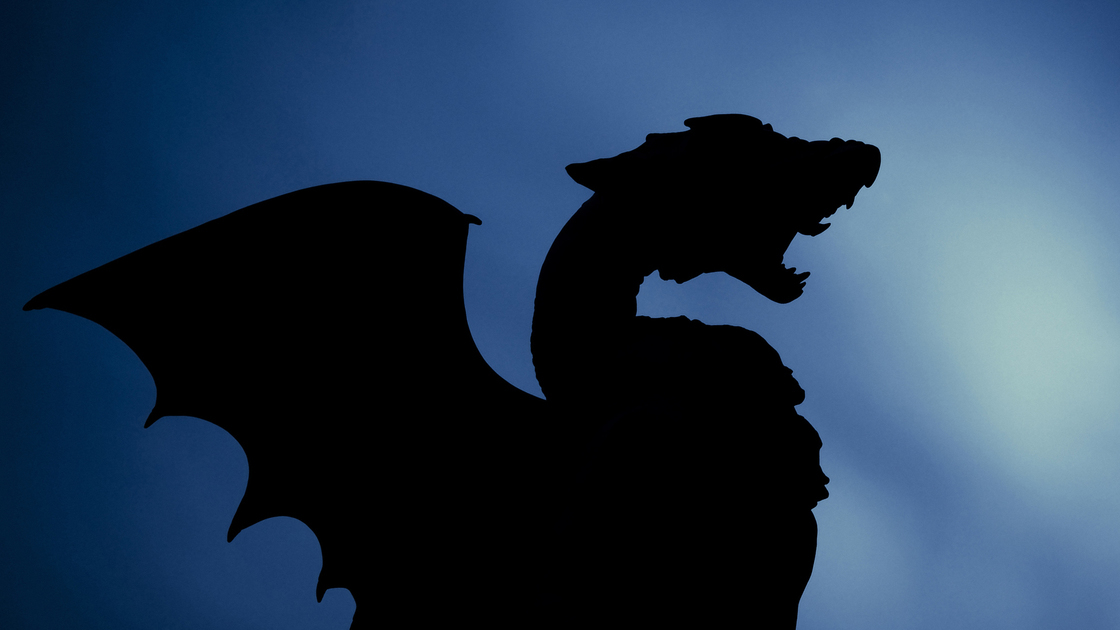 For more than 60 years, Satan the devil has been leading an all-out assault on the male role model, and more specifically the father figure! He has systematically destroyed the knowledge of true leadership for men and fathers in this world. This is the most damnable and evil ploy Satan has devised to destroy this society. The effects are so broad, so far reaching, and so deep that virtually everyone in the western and modern civilizations has been wounded. Even many of God’s own people don’t realize the importance of this subject.

The Degeneration of the Family

Since “Blondie and Dagwood,” our society has been laughing at angry, hostile, liberal feminists leading and bossing their pathetic, wimpy husbands. Nearly every family sitcom on television depicts a big, sloppy father acting as an arrogant “figurehead.” He acts tough in front of the kids and neighbors, all the while making a fool of himself—his wife actually fixing what he messes up. This goes on for awhile until, finally, the wife is tired of it and takes charge, solving all the problems while little old “hubby” sits back in submission.

Why has society accepted, and even endorsed, such a terrible sin? God tells us to judge by the fruits (Matthew 7:15-20). Look at the skyrocketing numbers in divorces, adulteries, teenage pregnancies, suicides, and much more since this revolution began. It has caused a complete breakdown of the family, bringing misery to husbands, wives and children. According to God’s Family government, the father is the cornerstone of the family. God’s Family structure means one man, while submitting to Christ (1 Corinthians 11:3), leads one woman who is submitting to him, both of whom are leading and teaching their children in love (Ephesians 6:1-4).

Satan has created a total lack of male leadership. God is looking for masculine, loving men with their foundation based on God’s Word. What we have given God is a nation where women and children have taken the place of men. “As for my people, children are their oppressors, and women rule over them. O my people, they which lead thee cause thee to err, and destroy the way of thy paths” (Isaiah 3:12). Is this reversal of roles the fault of rebellious women who want to lead their families? In part it is, but the ultimate blame goes back on the shoulders of the one God gave the final responsibility to—the man. The main fault falls back on men rejecting their God-given role as leaders. As Mr. Armstrong and Mr. Flurry have stated in sermons in the past, “if the man doesn’t lead the family, someone has to.”

In Isaiah 3:1-3, God even foretells of a time when He would remove true male leadership from our society: “For behold the Lord, the Lord of hosts, doth take away from Jerusalem and from Judah the stay and the staff, the whole stay of bread, and the whole stay of water, The mighty man, and the man of war, the judge, and the prophet, and the prudent, and the ancient, The captain of fifty, and the honourable man, and the counsellor, and the cunning artificer, and the eloquent orator.” God is showing here that strong male leadership is the stay and the staff, the bread and water of a strong, godly society. Strong families provide the backbone of a strong nation. We must have this type of fatherly leadership in our families to have a strong nation—physically or spiritually.

As with everything, there has to be balance. Satan generally portrays men to be either terribly weak or some maniacal, beer-guzzling ape who curses at everyone and beats his wife. This is just as wrong and God doesn’t tolerate this behavior either. “Husbands, love your wives, even as Christ also loved the church, and gave himself for it …. So ought men to love their wives as their own bodies. He that loveth his wife loveth himself. … Nevertheless let every one of you in particular so love his wife even as himself; and the wife see that she reverence her husband.” (Ephesians 5:25, 28, 33). Women must submit to their husbands (verses 22-23); and men must accept their leadership role with godly responsibility and love! True leaders serve those they are leading. In that sense, husbands serve their families through God’s love and His Family government. This is what we are here to learn—God’s loving, Family government. This is our future. God has given us the physical family to teach us about His Family government. In the World Tomorrow, we will submit to His government. We will administer it and we will teach it to others. God isn’t necessarily concerned with which role we have been given in the human family, but He is very concerned with how we fulfill our roles.

As bad as the fruits of upside-down families are, such as teenage delinquents, drug addicts, homosexuals and lesbians, feminists, wimpy husbands, and women who neglect and even despise their motherly duties, remember, it is God’s spiritual Family that Satan is really after. In his distorted mind, he thinks if he can destroy the spiritual Family, he can make a trinity out of the Godhead and he can be the third being. Not only would this deception place Satan in the “Godhead,” but it would close off the God Family to all of God’s children. This assault by the dragon is an attempt to completely destroy God’s master plan. This is all about our “incredible human potential” and the coming Kingdom of God. God even sent His own Son to bring mankind this incredible knowledge of the gospel. Mr. Armstrong called this understanding “the missing dimension in knowledge.” He also said this is “the most wonderful truth a human mind could come to know” (The Incredible Human Potential). This missing dimension reveals, among other things, the truth about Satan and the God Family. It also reveals the knowledge about human life; why marriage, why family and why government. This gospel Christ was delivering from God—the gospel of the Kingdom of God—is all about the future Family of born spirit beings administering and teaching God’s Family government through love and outflowing concern for others. This is all about true leadership—godly leadership!

Do we really “get it”? Mr. Armstrong expounded upon this to the world and God’s people for over 50 years, yet everyone on Earth has rejected God’s Family government—everyone, except for a small remnant of God’s own Family who is holding on to that government. Let’s examine ourselves and ask, “Are we fully accepting God’s government, or are we ‘half-heartedly’ going along with it?”

Mr. Armstrong stated in Mystery of the Ages, “But doctrinally, remember what the Church is called to help restore—the kingdom, government and character of God. What was taken away? God’s law, the foundation of His government and the very essence of God’s character and divine life” (emphasis added).

Continuing in Mystery of the Ages, “In other words, the pivotal point is the sin question. Sin is the transgression of God’s spiritual law (1 John 3:4). … The very basic teaching, belief and doctrine of God’s true Church therefore is based on the righteousness of and obedience to the law of God. That law is love. But it is not human love. …

“[M]uch of the Church was turning to a different and counterfeit gospel, proclaiming Christ as Savior, but omitting entirely that sin is the transgression of God’s spiritual law, and the good news of the kingdom of God, removal of Satan, and the restoration of the government of God over the Earth ….”

God has laid this fabulous plan out for us. The process by which human beings live and learn His Family government is preparing some to be born into the very Family of God, which will form His Kingdom. We will then be a part of a highly organized, perfect government; administering love, joy, peace, longsuffering, gentleness, goodness, faith, meekness and temperance to all the world (Galatians 5:22-23). This is what we must be learning how to do today. Mr. Armstrong went over and over this; and this is why he kept going back to the beginning, back to the Garden of Eden, where Adam and Eve rejected that family government—physically and spiritually. Still, most people don’t believe it and have even rejected it. Because of this, God has inspired Mr. Flurry to reemphasize these same points again and again. In fact, God has lead Mr. Flurry to place an even sharper focus on this “from the beginning” message. In the booklet From the Beginning, Mr. Flurry wrote, “We are holding fast to the government that is going to shape the lives of billions of people. It is the only government that has ever worked! Now is the time we must submit and prepare for those prodigious responsibilities. … We cannot disagree on major issues like God’s Family government today and still expect to rule with that government in God’s future world! … This is the government that has always ruled the universe! And it will continue to rule the universe as God’s Family (Isaiah 9:6-7). … We are discussing God’s universe-ruling government. It is a huge concept which we must work to master—if we want to be a part of it.

Even before Mr. Armstrong and Mr. Flurry, all of the apostles were persecuted terribly for preaching this gospel of God’s future Family, which they received from Christ Himself, which He received from the Father. Even the delivering of this message was, and still is, an exercise in perfect government. God has been sending this message through men for centuries—how many people got it? We must! How we live our day-to-day lives, fulfilling our God-given roles, physically, plays a huge part in whether or not we do “get it.”

Satan will continue to try to deceive people and tear down God’s Family government, but God’s way works and it will be at work on the Earth in the very near future. God expects you and me to “get it,” love it and use it today! By doing this—by living God’s Family government in our daily lives and applying God’s law as the foundation of our actions, we will be triumphant over the dragon’s deadly assault.