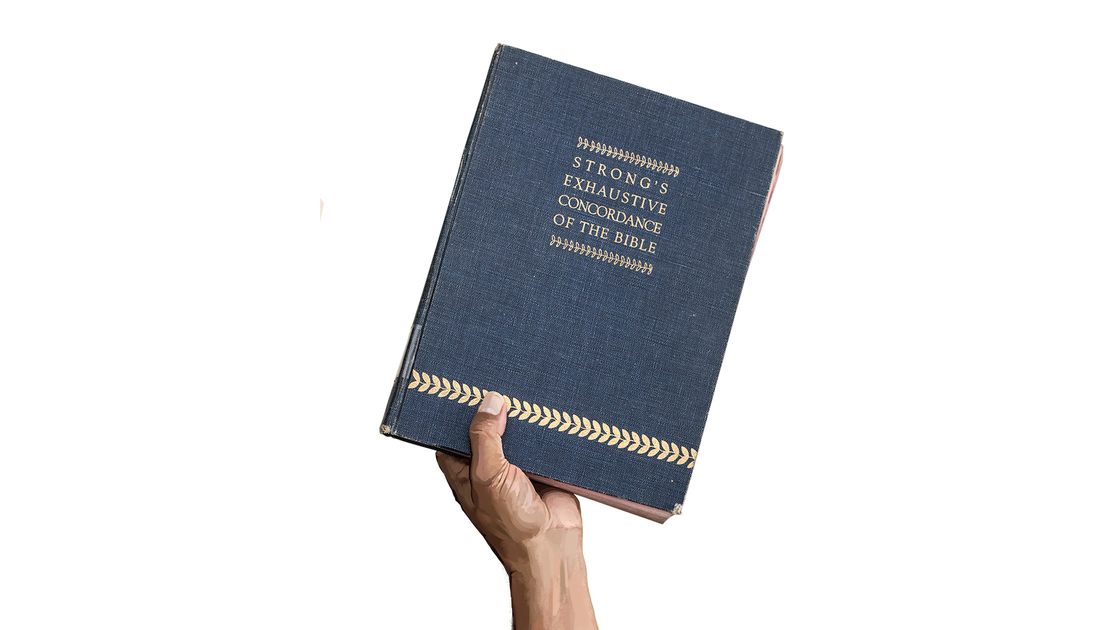 You are probably familiar with the word nephesh. In Mystery of the Ages, Mr. Armstrong addressed the concept of an immortal soul: “In Genesis 2:7 I read how God formed man of the dust of the ground and breathed into his nostrils the breath of life, and man (dust—matter) ‘became a living soul.’ This stated plainly that a soul is physical—formed from matter. I found that the English word soul is translated from the Hebrew nephesh and that in Genesis 1 fowl, fish and animals—all three—were nephesh, as Moses was inspired to write.”

This, of course, utterly destroys the immortal soul doctrine, but have you ever asked yourself how Mr. Armstrong came across that word nephesh? If you just read Genesis 2:7 for yourself, you won’t naturally stumble across it.

You could ask similar questions about gehenna, Elohim, Logos, philos and many other words that you are probably familiar with from Church literature and sermons.

The short answer is that Mr. Armstrong often used Strong’s Exhaustive Concordance of the Bible, as do most of God’s people. How valuable was the concordance to Mr. Armstrong? In his Autobiography, he wrote: “At least three times, during the next couple of years or so, I had barely enough for carfare to Oregon City on the electric line—with no carfare to return home. I even lacked bus fare from downtown Oregon City out to the little church house at the top of the hill on the outskirts of town. It was probably two or three miles up a steep hill all the way, but I walked it, carrying my briefcase with Bibles, concordance, etc.”

There are many study tools you might familiarize yourself with as you study God’s Word (lexicons, Bible dictionaries, commentaries, etc), but—since the Bible was not originally written in English—the single most important Bible study aid is Strong’s Concordance. It will tell you the real meaning
of any word you look up, which may be at odds with the definition of the translated English word.

Strong’s is often invaluable for two reasons: 1) It compiles every instance of a word’s usage in one place. Every instance of the word “soul” is listed together, along with a Strong’s number for each usage. For instance, nephesh is used 753 times. 2) It gives the original meaning of the Hebrew words in the Old Testament and the Greek words in the New Testament. The Strong’s number for nephesh is H5315—the H stands for Hebrew—and the definition is: 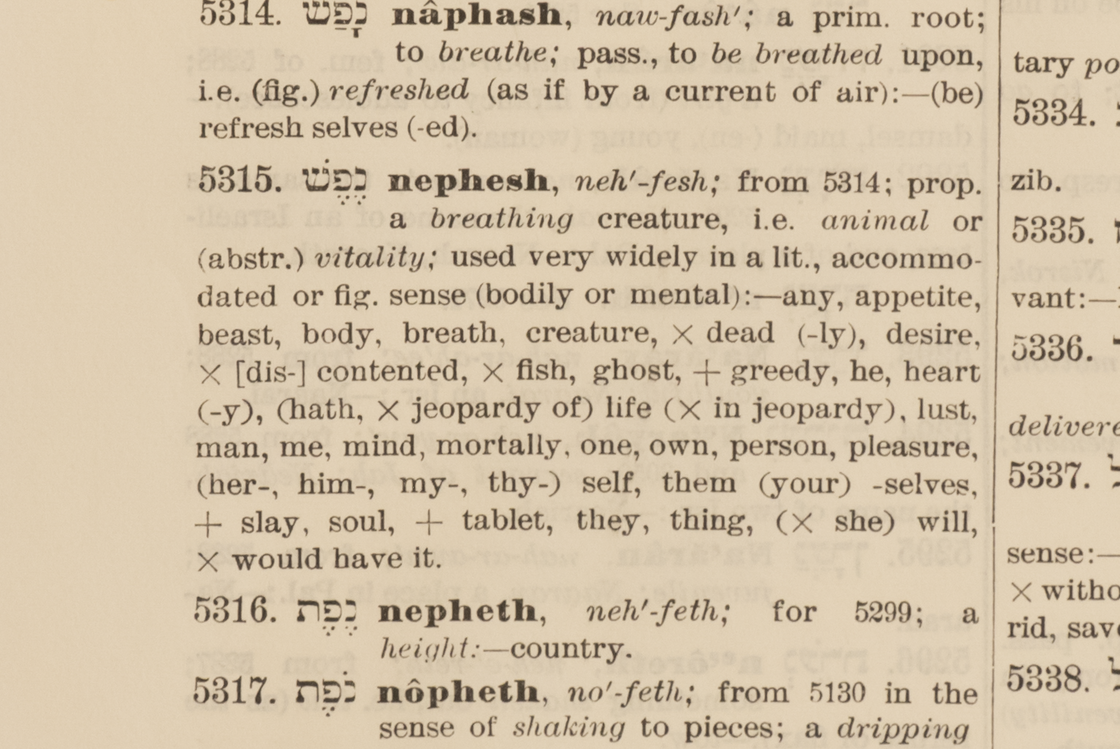 In this case, Mr. Armstrong was studying a specific concept—the soul—and used a study of that word’s usage to learn more about it.

This sort of topical search is often a great way to use your concordance. Whatever your topic is, finding the relevant scriptural passages is a great starting point in combination with finding material that the Church has already produced on whatever you are studying. You will often see the concordance used this way in articles. Many times, the concordance is used to gather related scriptures for a message, whether it is cited or not.

You can also use a concordance to reinforce what you have received in services. The Bible gives an example in Acts 17:11 that we should use after we hear a message from one of God’s ministers: “These [the Bereans] were more noble than those in Thessalonica, in that they received the word with all readiness of mind, and searched the scriptures daily, whether those things were so.”

Nowadays, websites or apps like Blue Letter Bible often have a concordance option built in. You can click on a Strong’s number and not only see the definition, but also see a list of every scripture where that word is used—for instance, you can see that nephesh also refers to fish, fowl and other animals. This is beneficial since the foreign word isn’t always translated into the same English word. This can make for enlightening study!

This is an important principle for studying your Bible: We go to services and receive the messages with “readiness of mind,” as the Apostle Paul termed it. Then, we turn to God’s Word to find out whether these things are so. There are many aspects to that—reviewing your notes, using other related material, etc—but let’s specifically look at how Strong’s Concordance can help you study God’s Word.

Let me give you a practical example of how I used the concordance after a specific sermon. On the first day of the Feast of Tabernacles in 2014, the regional director of the UK, Brad Macdonald, inspired us to use our imaginations to make the vision of God’s Kingdom more detailed and more vibrant. He told us about a new contact he had been working with who said: “I could almost see and touch the universe and God’s Kingdom.”

Mr. Macdonald used that expression to set a goal for all of us: to gain that sort of passion by wielding our imaginations. And then for eight days, other ministers followed that pattern, encouraging us to yearn for the vision, to actively set our minds on the Millennium and, ultimately, on new Jerusalem.

One of the very first scriptures Mr. Macdonald used is in Hebrews 11:10: “For he looked for a city which hath foundations, whose builder and maker is God.”

This is a paraphrase, but Mr. Macdonald told us: “Abraham was looking beyond the Millennium thousands of years ago, building his life around new Jerusalem and the whole God Family empire expanding from there. A detailed, living vision of new Jerusalem informed and educated his faith.”

In that context, let’s go a bit further into the chapter: “These all died in faith, not having received the promises, but having seen them afar off, and were persuaded of them, and embraced them, and confessed that they were strangers and pilgrims on the earth. For they that say such things declare plainly that they seek a country” (verses 13-14).

That word “seek” in verse 14 is interesting. The original Greek word is epizeteo, and the Strong’s number is G1934 (g stands for Greek): 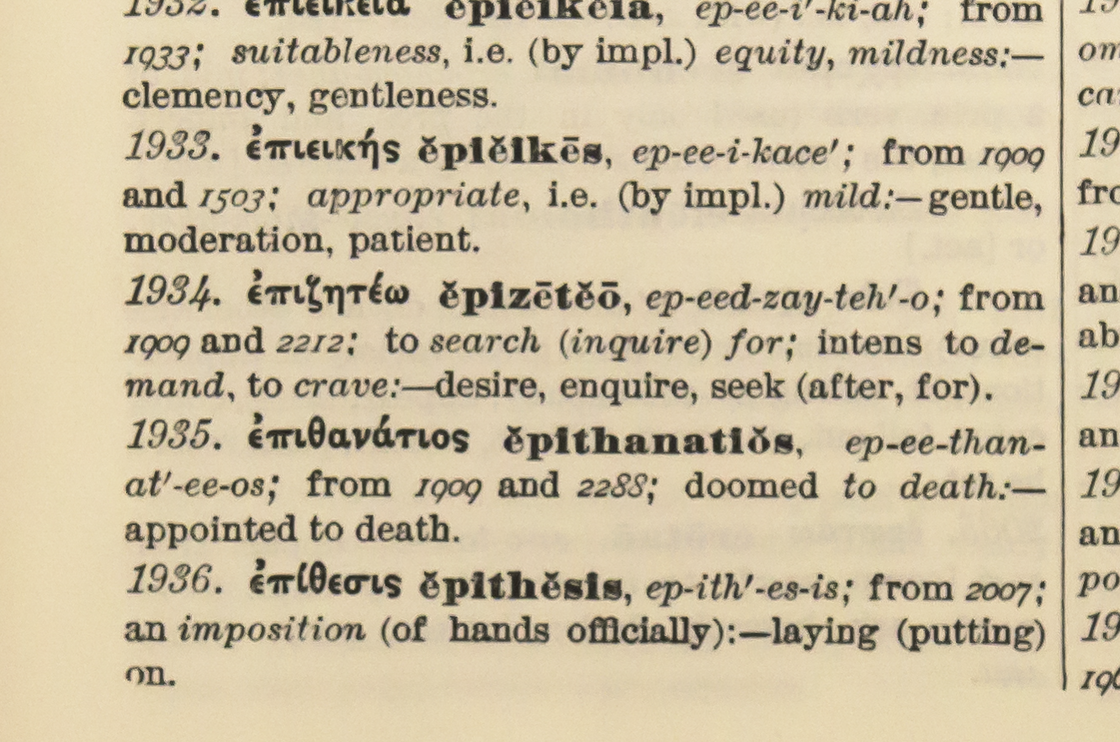 I. to enquire for, seek for, search for, seek diligently

II. to wish for, crave

III. to demand, clamor for

So these men and women of faith were more than simply seeking a country built by God—they were clamoring for it. I really liked that. It adds an extra intensity to this verse. But if I liked verse 14, I loved verse 16: “But now they desire a better country, that is, an heavenly: wherefore God is not ashamed to be called their God: for he hath prepared for them a city.”

Big circle on the word “desire”! 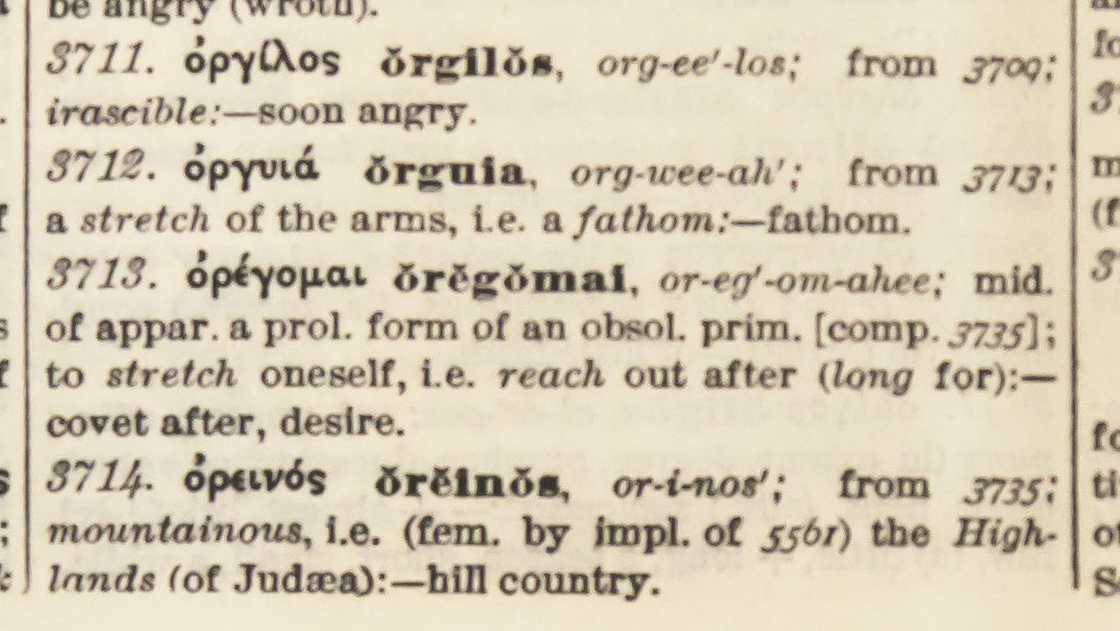 I. to stretch one’s self out in order to touch or to grasp something, to reach after or desire something

Wow! How similar that is to what Mr. Macdonald told us at the beginning of the Feast: “I could almost see and touch the universe and God’s Kingdom.” And that’s how these men and women of faith saw it: like they were stretching out to try to reach something tangible—something so vivid and real in their minds that it was just right there in front of them.

It’s no wonder the old Ambassador College Bible Correspondence Course said: “You will undoubtedly purchase a Bible concordance. Familiarize yourself with this valuable tool.” So take the opportunity to acquaint yourself with this reference book that Mr. Armstrong found valuable enough to lug up that 2-to-3-mile hill in Oregon. Whether you go with an electronic version or a heavy, classic, denim-bound hardback, it will enhance your study of God’s Word.