PCG members: In addition to PCG Signposts, sign-up for the members-only Friday Philadelphian weekly email newsletter! Click here or email news@pcog.org ✖
One Little Mailbox
What it taught me about being a profitable servant
By Tessa Gregory • June 29, 2017 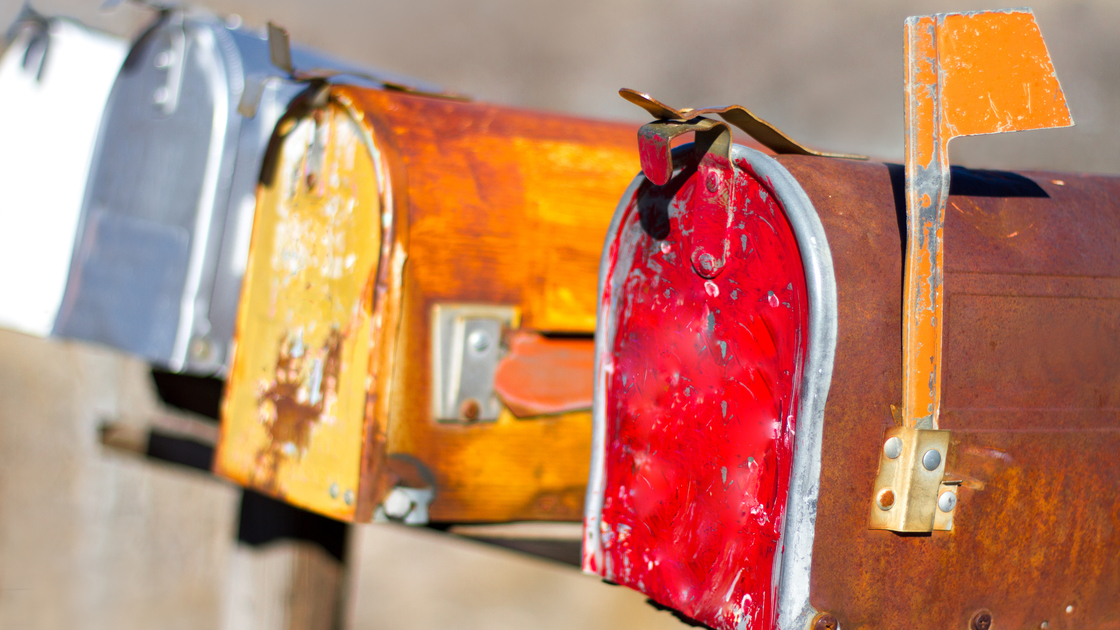 Have you ever found yourself walking with your shoes untied? You don’t think much about it until you step on one of them and go flying toward the pavement. Sometimes, you have to learn the hard way that you need to keep your shoes tied. I never kept my shoes tied when I was a papergirl.

Yes, I was the papergirl, and I had a job to do. I followed the sidewalk, staring down at my flicking shoelaces. I dragged my cart of newspapers behind me as I walked. The promise of a paycheck was the only thing that motivated me. Just down the road from my home was my newspaper route: A neighborhood of 72 homes, 72 mailboxes and 72 newspapers to deliver.

My job was to walk up to the mailbox, pull the lid open, gently place the newspaper in, close the lid shut, and walk off. Walk, open, place, shut, repeat. Do this 72 times.

When I arrived at the beginning of the route on that first day, the sun beamed down bright and hot on each of the mailboxes. My eyes followed the long line of metal boxes that traveled toward a vanishing point on the horizon. With this monotonous task looming before me, I tried to look at my job positively. This won’t be so bad. It’s an easy job, I’ll get it done quickly, and then I’ll have plenty of time to go and play. I tied my shoes and went to work. Walk, open, place, shut, repeat.

I was 50 houses down—almost done, I told myself—as I walked up the sidewalk with the next house’s paper folded under my arm. Then I saw it. A regular, black little mailbox was fastened to its post, completely stuffed with crumpled up letters, torn catalogs and other newspapers. The contents of this mailbox were shoved inside so tightly that I thought the metal box itself would blow up if I tried to jam one more piece into it.

I sighed and looked down at my feet. My shoelaces had come untied again. I could have tied them. I looked back up at the mailbox. I could have fixed it. I could have sorted all the mail into a pile, tucked it nicely into the little mailbox, and closed the lid. I could have done a little extra work—it would have only taken a couple more seconds of my time. But I didn’t. It was too much work! In my lazy impatience, I set the newspaper on the porch and left. I’m only doing it this once, I thought to myself. And that person is still going to get his newspaper. Who even reads the newspaper, anyway?

I finished the rest of the newspaper route as swiftly as I could. I was so excited to finish that I ran to the last house. Hustling up the sidewalk, I dunked that last newspaper into its mailbox like a basketball into the net. Done! I trotted back up the route I had just finished, feeling accomplished and ready to go home and play.

As I traveled back the way I had come, however, I neared to the house where I had left the paper on the ground. When I reached the house, I saw a little old lady on that porch. Her back was slightly hunched over, and she was leaning on a cane under her shaking hand. She was trying to use her feet to lift the crumpled newspaper from her porch.

The poor lady! When I had dropped the newspaper there, I hadn’t thought about who lived in the house. I had no idea that an older lady lived there, and now I had caused her discomfort. I was very embarrassed and ashamed of this awkward situation.

Then I looked down, and my shoelaces were still untied. With a quick breath, I stooped down, tied them, and made a decision. I swiftly stood up and walked up to her porch. I must have been shaking in embarrassment when I picked up the newspaper at her feet and handed it to her. To my surprise, she took it joyfully and thanked me for my work with a wonderful smile.

From that day on, I always put the newspapers in the mailboxes—even if it meant I had to go to extra effort to organize the mailboxes’ contents. I began to put a lot more effort and concern into following the rules and policies after seeing that the mailboxes were there for a very good reason.

Mailboxes are one of those things that we pass by everyday and take for granted. Some days, they are just little boxes. Other days, they could mean everything. Sometimes you are anticipating a gift, a message from a friend, or an acceptance letter. All of a sudden, that mailbox becomes a very important thing in your life. That little metal box meant a lot more to that old lady than I thought, and even though I had filled 71 mailboxes properly that day, only this one counted.

Luke 17:10 tells us that even when we fulfill our entire duty, we are still unprofitable servants. God is looking for people who are willing to go above and beyond what they have been told to do. By ignoring the messy mailbox and leaving the newspaper on the porch, I may have been fulfilling my duty to deliver the newspaper, but I was not going to any amount of extra effort to make sure that I had done the job properly. That is not the whole commitment to a task that God is looking for.

God’s way of life is a way of service—of love toward others. If we follow it properly, we will both help others and bring joy into our own lives. Don’t cut corners and try to do the minimum amount of work. Don’t leave your shoelaces untied. Instead, be a profitable servant. Be a living sacrifice. Go above and beyond, even in the little things. Then, one day, God will trust you to take care of so much more than just one little mailbox.