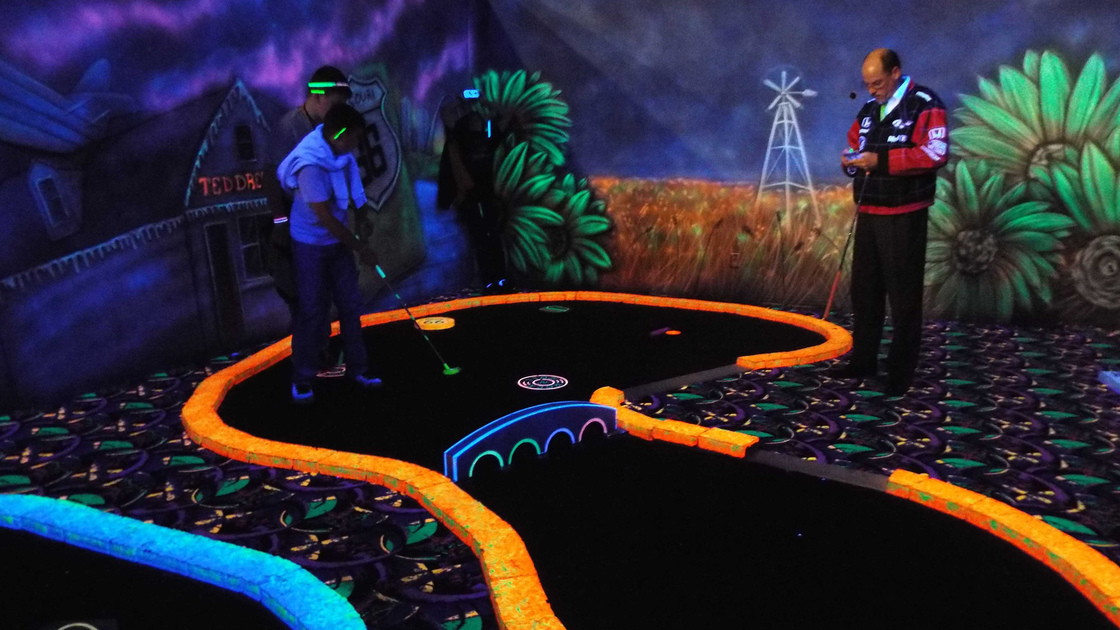 OHIO—Eight Philadelphia Church of God youths from Ohio and Kentucky attended their first teen outing of the year on March 11 in Dayton. The event included pizza, table topics and glow-in-the-dark golf.

After Sabbath services and a Bible study earlier that day, the teens engaged in spirited conversation over dinner at Cici’s Pizza. Topics came from questionnaire cards handed out to them the previous week. One question was, “What would you most like to take to the place of safety?” to which Kentucky teen Daniel Belden replied, “If I could take one item to the place of safety, it would be a pencil and a pad of paper because I love to draw.”

Teen Hailey Sander said, “What I liked most at the golf outing was the way everything glowed under the black lighting.”