Three Stories
What milk, a woodpile and an overcoat have to do with prayer
By Jessica Brandon • June 8, 2017 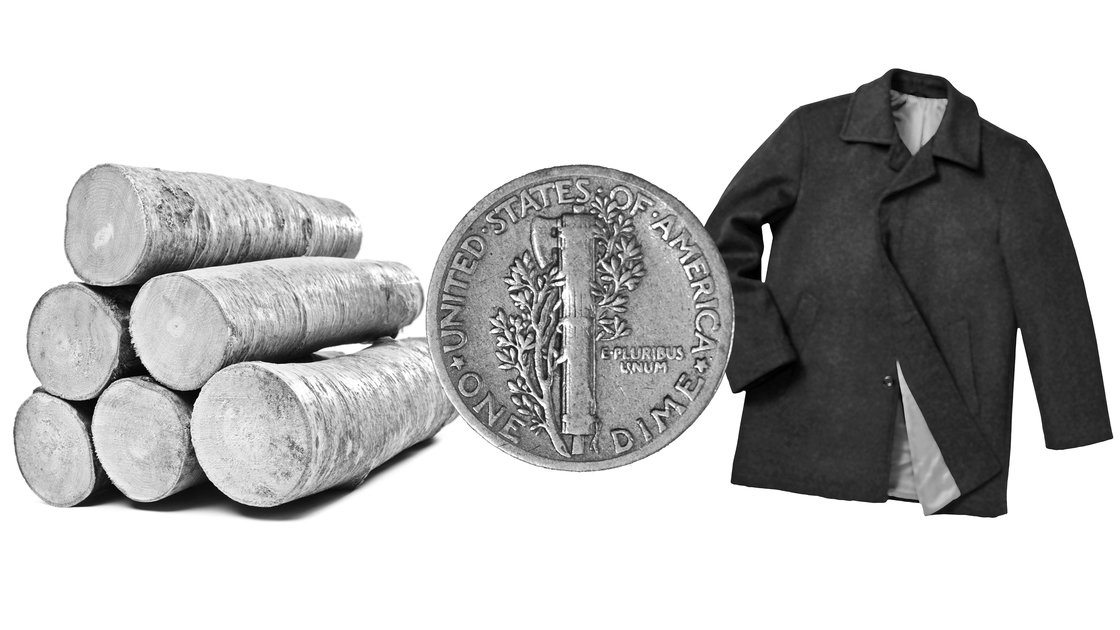 Herbert W. Armstrong and his family were in poverty for 28 years. Yet even in those dire straits financially and physically, God never deserted them. Once Mr. Armstrong turned to God, he still had some very sore trials, but now he had God to rely on in those difficult times—and he knew that God would answer his prayers if he obeyed Him. Some of these answers to prayer are absolutely astounding—and they teach us important lessons about accepting God’s answers in the manner He sends them.

In 1929, Mr. Armstrong and his family had reached desperate straits. They had no food, no money and no way of getting any. So what did he do? He prayed about it. He asked God to send money or
give him a job so he could earn it. He wrote in his Autobiography about this desperate time: “An hour or two later, a strange woman knocked on our front door. Mrs. Armstrong opened the door. …

“‘If your husband isn’t too proud to do it,’ she said in a low, quiet voice, ‘there are two truckloads of wood he can throw in at this address. Jot it down.’ My wife jotted down the street and number.

“The mysterious woman walked quickly away and disappeared.

“People in Portland used wood for fuel. Portland is in the heart of the Oregon-Washington lumber
country. Throwing wood into the woodshed, garage or basement was an odd job customarily reserved for the bums who came along. Very few men in Portland threw in their own wood. To be seen doing it was to appear as a down-and-out bum.

“We were totally perplexed as to the identity of this strange woman. How did she know we were in such desperate need? Who was she? We never knew.

“But I did know I had just asked God to provide. And at once I recognized one fact. … No matter
who this mysterious woman was, I knew God sent her! And I realized instantly that God was answering my prayer His way, and not mine. I knew He was giving me a test to see whether I would accept a humiliating job. I realized I had not yet been freed completely from ego and pride. I knew that God was giving me a lesson in humility at the same time He answered my prayer.

“I walked immediately to the address the woman gave. It was about a mile from our house. There was a large pile of wood in front. I went to the door, asked for and got the job of throwing the wood in the basement.

“Realizing God was teaching me a lesson, I resolved to do it His way, which was to do the best job I could. A thing worth doing is worth doing right! …

“I stacked the wood up as neatly and orderly as I could. I worked rapidly, and did it as quickly as I could. Several people walked past the house. Every time one saw me, I winced. I knew they thought I was a down-and-out bum. Each passerby knocked off a little more of that vanity. But I just prayed silently to God about it, and thanked Him for the lesson, and asked Him to help me to be humble and industrious.

“When the job was finished, the woman inspected the piled wood in her basement.

“‘Why, you’ve done that so neatly and so fast, I’m going to pay you double,’ she said.”

God always answers our prayers if we are humble and obedient and believing—but He doesn’t always answer them in the way that we expect. It might not be the way we want it, but that doesn’t mean it’s not from God.

In Mr. Armstrong’s short prayer at the end of his three-day fast in January 1930, he asked for five specific things: healing for his wife, an immediate supply of food and fuel, money for the hospital bill they still owed, and a new overcoat, since his old one had a large hole in it that impeded his work. Four of those five desperate needs were filled by mid-morning the next day. But his coat was still a problem. Mr. Armstrong went to work as usual that morning, trying to sell his clay products to beauty parlors. A new overcoat was the last thing on his mind at the time, but God had not forgotten.

He wrote in his Autobiography: “About 11 that morning I found myself across the street from the building of the gas company, where my brother Russell was an information clerk. So I crossed over. We chatted for a couple of moments.

“‘Herb,’ exclaimed Russell suddenly, eyeing the hole in my coat, ‘You’ve got to have a new overcoat. Meier & Frank are having a big sale on overcoats. Today is January 20th. I have a charge account at Meier & Frank’s, and anything charged beginning today is not billed until the March 1st statement, and I will have until March 10th to pay and keep my credit good. You go over now and select an overcoat, and I’ll meet you over there at noon and have it charged.’

“But suddenly, as I continued to protest, it seemed as if a still, small voice within said to me, ‘Didn’t you ask God to give you a new overcoat? Are you willing to receive it the way God gives it, or not?’”

That is an important question we should all ask ourselves. Are we willing to receive God’s answers the way He chooses to send them? It’s so easy to get an idea in our minds about how we think God will or even should answer a petition we put before Him. But sometimes when the answer comes, we just can’t accept that it’s from God—because we already have it worked out in our own minds how God will answer. That’s like asking someone for a favor and then not accepting it. God does everything for a reason. Perhaps, as with Mr. Armstrong, God is trying to teach you a lesson about true humility or about taking the answer that God gives as He gives it—without complaining about how it comes.

Mr. Armstrong continued, “’OK, Russ,’ I smiled humbly, and gratefully, ‘I’ll go select a coat—and thanks a million!’—as my eyes began to water.

“It was humiliating to me to take this coat from my brother. I felt he could not afford it. But I realized
it was God’s answer, coming the way God had chosen to answer my prayer. He was still humbling me. But this was good for me, and actually, giving the coat was good for my brother. It just did not seem so, humanly.”

God continued driving this lesson home to Mr. Armstrong. In another instance a few months later, the Armstrongs were in immediate need of a dime so that they could buy milk for baby Ted. They had no money—but the baby needed milk immediately.

What were they going to do? He wrote: “‘There’s only one thing to do,’ I said. ‘We’re helpless, of ourselves. There’s no human to help us. We’ll have to rely on God. He has promised to supply all our need—and this is a need.’”

So Mr. Armstrong prayed with urgency about the matter, asking God to make haste with the answer
to the prayer.

“I arose, unlocked the door, and walked back toward the kitchen. Before I even reached the kitchen,
one of our girls cried out from the living-room window: ‘Oh Mother, here comes the old rag and bottle man!’

“‘Well, quick! Beverly,’ called out my wife, ‘run and stop him! We have a lot of old things in the
basement we can sell him!’ …

“In eager anticipation we led the rag and bottle man down the basement stairs. My wife showed him all kinds of things. We expected to get at least a dollar from him.

“He only shook his head.

“’No. Nothing here I want,’ he said, starting back up the stairs.

“Our hearts sank. Halfway up the steps he stopped, glanced at a high stack of old magazines beside
the stairs. Slowly he turned and retraced his steps, examining the stack of magazines.

“I had asked God to send to us a dime—immediately—in haste! When God sent it, within the very minute I asked, we tried to increase it to a dollar or more. But the immediate need was a dime
for milk. God has not promised to supply our wants—only our need. The need I had asked was a dime—10 cents! That is what God sent—immediately!

“We had learned another lesson!”

This is another important lesson that we need to learn about answers to prayer. God hasn’t promised to give us everything we want—but He has promised to give us our needs (Matthew 6:8; Philippians 4:19). There is a definite difference. If we obey God and believe Him, He will make sure
we are never lacking for the things we actually need. He also promises that if we delight ourselves in Him, He will give us the desires of our hearts (Psalm 37:4).

What a wonderful, miracle-working God we serve! And what a blessing to know that He does answer our prayers.