It All Started at a Rock
Learning to pray like the end-time Elijah
By Joel Hilliker • June 6, 2017 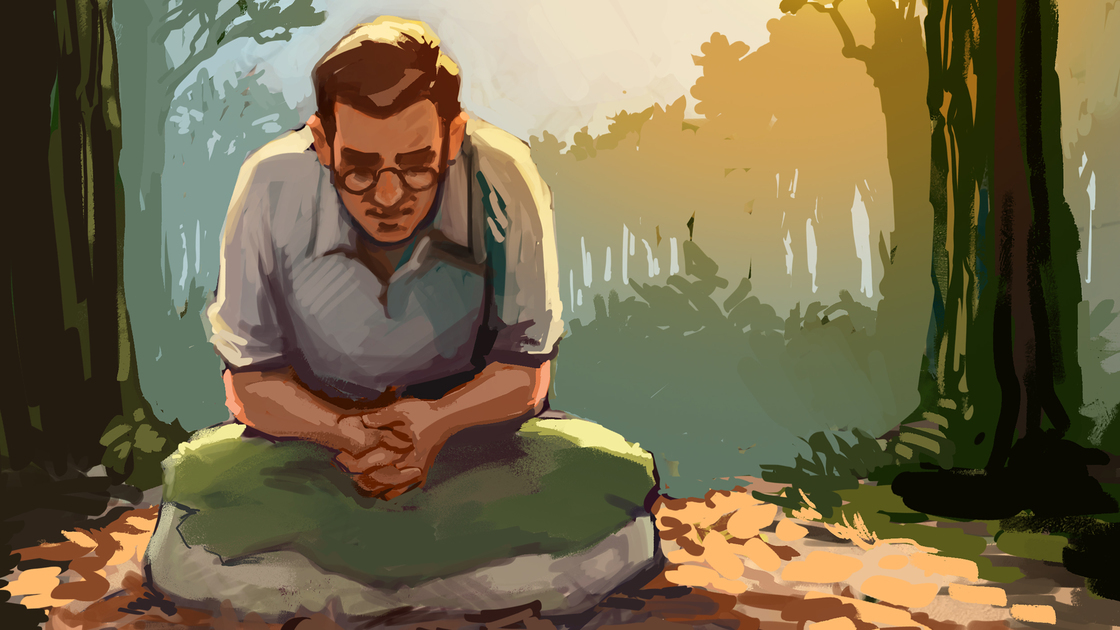 Not long ago, Pastor General Gerald Flurry revealed exciting revelation about Herbert W. Armstrong’s prayer rock. God built up the Philadelphia era of His Church through the prayers of Mr. Armstrong. That rock represents the beginning of the great Elijah work, which we continue today. It shows the mind-boggling success that comes from a fervent prayer life!

For a teen growing up in God’s Church, learning to pray effectively is one of the most important things you can do. Before you dive in, let’s consider how effective Mr. Armstrong’s prayer life was. If you really want to succeed in life, then follow God’s end-time Elijah in this area.

The Autobiography of Herbert W. Armstrong mentions prayer about 240 times—an average of once every three to four pages! That book gives many examples and lessons on how to pray. Mr. Armstrong knew how to get an answer every time he prayed. What power! His formula for prayer was tremendously successful. You can have that kind of success too—if you follow that formula.

In 1933, Mr. Armstrong held meetings in a small schoolhouse in Oregon with another man named Sven Oberg. After three months of holding these meetings with no results, Mr. Oberg left on another assignment. At that point, Mr. Armstrong immediately started making headway. On page 412 of his Autobiography, Mr. Armstrong described the small beginning of what would become the Worldwide Church of God:

“This was the small—actually infinitesimal—start of what was destined to grow to a major worldwide gospel Work reaching multiple millions of people every week.

“But if small, it started with a burst of energy and inspiration. First, it started with intensive and earnest private prayer. To the rear of the Fisher farm home was a fair-sized hill. Running over this hilltop for exercise I discovered a rock about 14 inches high. It was in a secluded spot. It came to mind how Jesus had dismissed the multitudes, and gone up into a mountain ‘apart’ to pray—alone with God. I dropped to my knees before this rock, which seemed just the right height to kneel before, and began praying earnestly for the success of the meetings. It became sort of a daily pilgrimage, during my stay at Fishers’, to this, which became my ‘prayer rock.’ I’m sure that I drank in much energy, spiritual strength and inspiration at that prayer rock.”

That was the beginning of God’s Work—and it started with these prayers at the prayer rock!

Here we see an important part of the formula: This was “intensive and earnest” prayer. It wasn’t routine, drowsy, mumbly, careless, apathetic prayer. Mr. Armstrong put his heart into it! He was sincerely determined to get through to God!

God will answer your prayers, but you have to be earnest. You must pray with a sincere desire to talk to Him.

In 1930, before those “prayer-rock prayers” that changed world history, Mr. Armstrong faced the most serious situation of his life to that point. God used this to begin teaching him how to pray through his trials and tests.

His wife was terribly sick. His family was poor and in debt to the hospital for the birth of their first child; the hospital wouldn’t admit her until that bill was paid. Mr. Armstrong prayed for her healing—again and again! But she was not healed.

“What was wrong?” he wrote. “I had learned that God does heal. We had experienced almost incredible miracles. My wife had been healed before. But why not now?”

In desperation, he began a siege of fasting and prayer.

“I didn’t know how one ought to fast and pray—I had never done it before. But when Jesus’s disciples were unable to cast out a demon, Jesus said such a result came only by fasting and prayer. So I began to fast. …

“I read of Elijah’s prayer, in presence of all the priests of Baal, when God answered and the fire came down from heaven. I timed that prayer. It was very short—only about 20 seconds. But the awe-inspiring answer came crashing from heaven instantly! Elijah did not need to talk God into it by a long prayer or by repeated prayers. But I knew that Elijah at that moment was close to God—that he had previously been spending hours in long prayers to be in contact and close communion with his Maker! And he naturally knew his Maker would answer!” (ibid).

As he got hungrier physically, Mr. Armstrong drew closer to God spiritually. And he came to understand a powerful lesson. He realized that his mind had become preoccupied with a project he had been working on. He hadn’t stopped praying and studying, but that project had become first in his mind and interest. God knew what was in Mr. Armstrong’s heart. “And God will not play second fiddle to anything!” he wrote.

“I wonder, as I write, how many of my readers are more wrapped up, in their interest, and in their hearts, in some material business, project or other interest than they are in God! Probably most of you who are reading this need what God had brought me to do.

“I realized now that God had mercifully, in His wisdom and His love for me and my family, refused to answer my prayers to force me to fast and pray and come to see where I was unconsciously drifting.”

Ask yourself: Is God really answering my prayers? Think about your requests to God, and ask if He is fulfilling them. What if God isn’t answering your prayers in order to get your attention?

Mr. Armstrong took radical action to rectify the problem. He fasted and prayed. He examined himself. He sought God’s will.

God showed him what he needed to do. Mr. Armstrong learned that he was too far from God, and he fixed his attitude. He drew close to God. He knew that was what he needed to do to be able to claim God’s promises, and to expect answers from his prayers like the example of Elijah.

“And so, in a brief prayer not much longer than Elijah’s, but in deep earnestness and absolute faith, I now—for the first time during this fast—asked God to heal my wife and put iron in her blood and give her needed strength.”

In deep earnestness and faith, Mr. Armstrong made his request. He also quickly prayed for several other needs.

God answered every one!

God used that trial to teach Mr. Armstrong how to come to Him. That is exactly what God wants from you. He is a Father who wants His children to seek His help and His counsel. He wants to see that we want to get to know Him. This is the lesson Mr. Armstrong had to learn.

God taught him so much through one example of prayer and fasting. Mr. Armstrong later called this “one of the outstanding experiences in my life.”

Loads of Lessons in Prayer

The Autobiography contains loads of stories about answered prayers and miracles. Get a free copy of the version we just published—we’ll happily send you one. In nearly every story he tells, Mr. Armstrong relates the fact that he prayed about it. Read on pages 291-292 about how Mr. Armstrong prayed to find the true Church of God. Read on pages 295-296 about how he asked God to help him give his first public prayer. Read on pages 304-305 about his instant request for healing when he chopped his thumb with an ax. Read pages 307-308 about how God answered an urgent appeal for some income. Read pages 309-310, which show God answering another prayer by humbling Mr. Armstrong, and how he prayed with thanksgiving for the correction. Read pages 326-327 about God providing a dime within moments of Mr. Armstrong asking for it. Read the amazing story on pages 333-334 about how he resolved a major argument by dropping to his knees in a group of people. Read pages 335-336 about how he convinced a group of people to pray an hour a day to help God’s Work. Read on pages 399-401 about a huge lesson in waiting in faith for answers to prayer. Read pages 589-590 about a time he had to pray, not on his knees, but while literally running, illustrating the need to “pray without ceasing” (1 Thessalonians 5:17).

Through these life lessons, Mr. Armstrong was teaching us how to pray. Now it is up to us to follow his example. We need that relationship with God. And we need to prepare to teach the world how to pray in the future!

There are seven specific lessons that we can take from Mr. Armstrong’s prayer life:

These lessons are invaluable!

As you apply these lessons in your life, remember whyyou are receiving articles like this now: because God is focusing our minds on how Mr. Armstrong built a relationship with Him through prayer. Learn to pray like the end-time Elijah did, and you will begin to enjoy the results that he did! Expect that God will perform miracles for you. He will never fail you, just like He never failed Mr. Armstrong. Have the same prayer-rock attitude that he had, and you will get real results.