Imperial Academy Student Plays with Oklahoma City Philharmonic
Seth Malone participates in ‘side by side’ concert.
By Staff • May 5, 2017 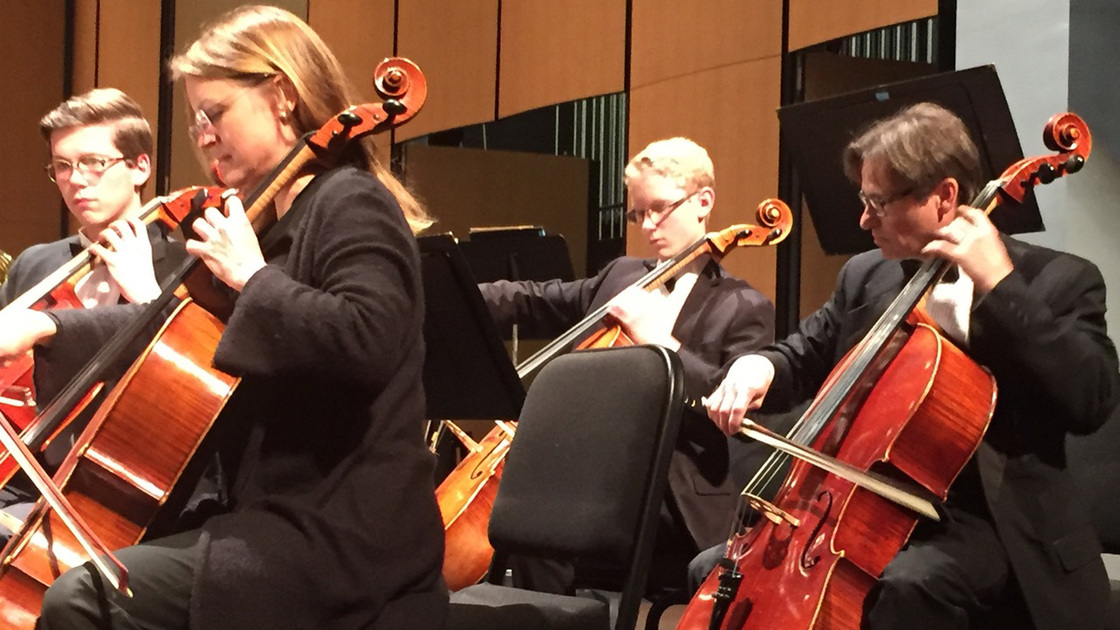 EDMOND—Rehearsing and performing with a professional orchestra is not something that most teenagers can put on their résumé, but a handful of Oklahoma Youth Orchestra students were able to do just that on April 26, including Imperial Academy 11th-grader Seth Malone.

The annual “side by side” concert featured the Oklahoma City Philharmonic, alongside selected students from the Oklahoma Youth Orchestra’s top ensemble. Seth, 16, and three other cellists shared stands with four professional philharmonic cellists. The orchestra was conducted by resident music director Joel Levine.

Many of the orchestra’s musicians have played on Philadelphia Church of God recordings and at Armstrong Auditorium events, and several know Seth and his father, Armstrong International Cultural Foundation music director Ryan Malone. The cellists in the philharmonic said they remember Seth sitting on stage as a 9 year-old, as the orchestra rehearsed for the presentation of Mendelssohn’s Elijah at Armstrong Auditorium, and they expressed excitement to now perform alongside this long-time fan of the philharmonic.

The performance took place at Oklahoma City Community College and was broadcasted on the local news, with the young cellist visible in some of the news coverage of the event.