Reaching Space
What would you do to go into the unknown?
By Rachel Brown • May 4, 2017 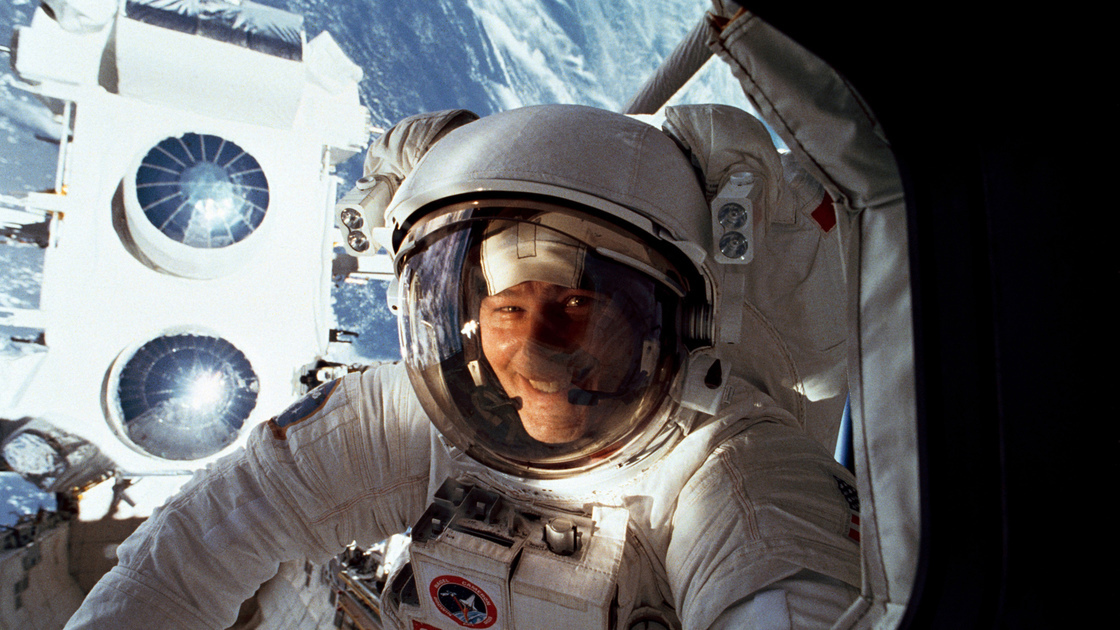 Every morning for just over a year and a half, I walked into an elementary school that was dedicated to a man who did something that was deemed impossible until just recently. And he did it seven times. Snuggled in a town in the northwestern corner of Indiana is an elementary school named after nasa astronaut Jerry Ross. There I learned about space, the moon, and about a man who became very well acquainted with both.

To the human eye, space and the stars and planets that inhabit it seem unattainable. Because it is so far away, we take it for granted. But that was not the case for Jerry Ross.

Ross always wanted a part of the unknown universe, and he wouldn’t settle for anything less. With the goal of acquiring the education and skills needed by an astronaut, Ross charted an educational path for himself that was similar to that of the original astronauts—a path that would lead directly to nasa. He first went to Purdue University to acquire the necessary engineering skills, and then he entered the Air Force. When the space shuttle era began, Jerry was one of the 10,000 men who applied to be in the first group. He came very close to being chosen, but in the end, he was not. Yet, he didn’t give up on his dream. He moved to Houston where he served as an Air Force officer and worked closely with the space shuttle program. Around 18 months later, he applied again for the next round of selections and became one of the 19 men chosen from a batch of 6,000.

What resulted was an exciting career as an astronaut. Later in life when he was asked about his experience in space, Ross answered, “Even if we never had flown in space, ever, I still would have wanted to be involved in the space program and help launch satellites and rockets.” Involved is certainly what he became—far beyond what he imagined was possible.

Jerry Ross served for three decades as a nasa astronaut. He spent almost 1,400 hours orbiting Earth, witnessed firsthand the tragic accidents of the Challenger and Columbia, and became a joint world record holder for the most spaceflights taken. Ross flew into space seven times. He made nine spacewalks. When he landed at Kennedy Space Center on the Atlantis shuttle at the end of his fifth journey, Ross had traveled a total of 3.4 million miles on just that trip alone. The trip only took 196 hours, 30 minutes and 44 seconds to complete.

For Jerry, launching into space never got old. During the same interview, he likened his experience to a kid in a candy shop, saying that the seventh time was just as exhilarating as the first. “I never took it for granted, and I always felt that the knowledge I had up here [pointing to his head] was going to help the crew and myself come home ….”

One thing he looked forward to every time was the view from space. “My first impression looking down on the Earth was that God made a very beautiful planet for us to live on, and that it’s a very fragile planet, and that we need to protect the environment, and that we need to learn to be able to get along with each other.

“It’s unfortunate that they send engineers who can’t describe things in good words, but I would have to tell you that I don’t think a writer or a poet or an artist would do much better. … The best way I can describe it is if you can take every picture that you’ve ever taken of a beautiful sunrise, or a beautiful sunset, or a beautiful flower garden, or mountains at sunrise, or a baby in a cradle, or a bride as she’s all ready to go walk down the aisle, rainbows, whatever it is …. Take those pictures and glue them side by side on a long roll. Now roll that thing up, and speed it past your eyes pretty quickly, and you’re trying to capture a glimpse of each of those and go, ‘Wow! Wow! Wow!’

“In every sunrise and sunset you see multiple layers like a torch of color. And each one of those layers is distinct, and it’s a different color, and they’re just beautiful, and they’re changing continually because you’re going around the world at 5 miles a second and the sun is either rising or lowering itself with respect to the horizon, continuously.”

Jerry never took space for granted, and eventually he was able to experience that kind of wonder. He watched the sun rising and setting on the Earth multiple times on each of his seven trips into space. His genuine, wholehearted desire to go into space propelled him forward. He knew that some people applied to be an astronaut on a whim or because it meant another gold checkmark on their record. But Ross had desired to be in the program for his entire life, so he worked relentlessly to reach that goal. He knew that being an astronaut required more than just desire—it had to be a part of who he was. So he made it his life. He dedicated himself to seeking the frontiers of space knowledge and exploration.

Of course, it wasn’t always an easy path. When circumstances got tough, and America stood in horrified awe of the Challenger disaster, he faced a hard decision: Would he go back into space? He talked with his wife and family about it first and then made his choice. Despite this massive setback that showed the great danger of space travel, the program would continue forward, and Ross would stay with it. That’s the mindset that prodded him on to break records.

If Jerry Ross’s success was caused by his relentless drive and focus throughout his life, then shouldn’t it be the same for us as well? Our future consists of more than spacewalks and watching the sun rise and set on continents out of the small, square window of a space shuttle. Our future is so fantastic it’s hard to imagine. It’s so much greater than what Ross experienced. Even still, his example is one we can follow. He knew where he was going, and he worked hard to get there.

In a way, we are in a similar process to the one that Ross went through to reach nasa. It is not the easy way. It will include its bumps, failures and devastating moments that will force us to make hard decisions. But if we keep at it and dedicate ourselves like Jerry Ross did, we will have earned more than an elementary school with our name on it or the co-ownership of a world record.

Jerry Ross did everything he could to fly into space. What will we do for the universe?