The Perfect Medicine
Do you have dry bones?
By Brianna Weeks • April 20, 2017 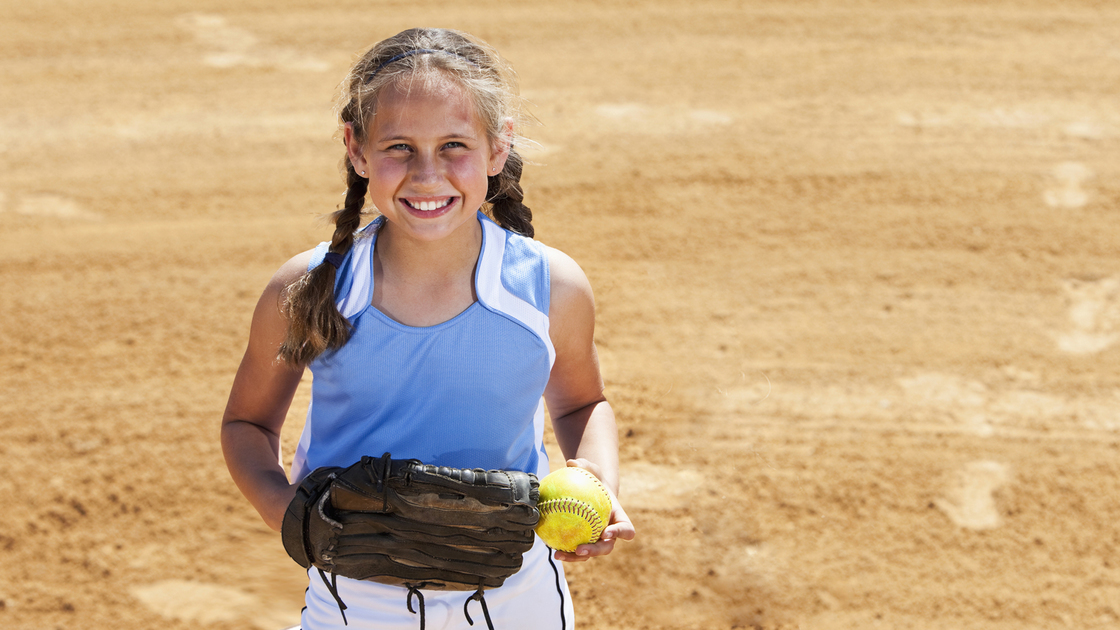 The sun was shining, the air smelled like spring, and the days were getting longer. Buds were beginning to pop out on their branches, and the air was finally starting to warm up to an agreeable temperature. It was a lovely time of year—except for one thing. Warm weather and sunshine meant the start of outdoor sports for P.E. Outdoor sports generally gave us two options: A. Soccer and B. Softball. My preferred option was C—none of the above.

I really like the concept of sports. I love watching other people play them. It’s just the practical application that I haven’t quite gotten the hang of yet. If you kick a soccer ball toward me, I’m more likely to run away in fright than try to actually kick it.

Nevertheless, Fridays are always our sports day in sophomore P.E. at Armstrong College, so I wasn’t surprised when we got an e-mail toward the end of the morning saying, “Meet on the softball field for P.E. today.” I sighed and braced myself for yet another session of humiliation.

When I showed up to the softball field that afternoon, the sunshine and balmy breezes did little to lift my mood out of the dugout. If I had been a comic book character, I would’ve walked onto the field with a sad little rain cloud over my head. Out of all the Winnie-the-Pooh characters, I was Eeyore. I knew for certain that I wouldn’t hit the ball—I had already resigned myself to the fact that I would strike out numerous times in front of my classmates. I knew that I would be the number one hindrance for the team I played on—that’s how it always was.

And you know what? I didn’t hit the ball. I must have gone up to bat at least three times, and each time, I swung at nothing but air while the ball sailed past and sunk into the catcher’s glove with an embarrassing thonk.

While my team was in the outfield, I stood in right field, absolutely useless and feeling quite sorry for myself. No one ever hit the ball out into right field, and that is precisely why the team captain put methere—because I wouldn’t have to worry about knowing what to do if the ball came sailing out toward me. It wouldn’t.

The period dragged on for what seemed like an eternity. Forget the day-for-a-year principle—this was the minute-for-a-year principle! The only time the sun broke out from behind my sad little rain cloud was when our teacher said, “That’s class!” Brilliant rays of sunshine burst forth as I inwardly (and most likely outwardly) rejoiced. Now I wasn’t Eeyore—I was Tigger!

As I reflected, I realized that the reason I didn’t have a good time in P.E. was because I didn’t expect to have a good time. I went into P.E. automatically assuming I was going to have a terrible time, and, as a result, I did. I told myself I wouldn’t hit the ball, and I didn’t. I didn’t even try to shove aside the sad little rain cloud. In other words, I had a bad attitude.

I had heard the chant “Attitude is everything!” enough to know that my bad attitude was the problem in this situation. If I was ever going to enjoy those sports days, I knew that it wasn’t a matter of suddenly becoming a professional softball player. It was a matter of changing my attitude.

There are always going to be tasks in life that we don’t want to do. Your absolute nightmare could be completing a term paper, finding a summer job, doing your chores, or, like me, playing a sport. But if you allow those tasks to get you in a negative mood, you’ll find that it only becomes harder to complete them.

For example, if you moan and groan about taking out the trash, you’ll still have to take out the trash—but you’ll have wasted time moaning and groaning about it beforehand. If, on the other hand, you jump up and take out the trash right away, the trash will be in the garbage can before you even get a chance to get in a bad attitude over having to take it out!

With all this in mind, I prayed that God would help me change my attitude toward softball the next time we played. The next Friday, I went into P.E. with a good attitude—a positive mindset. It was forced, yes. But I fought hard to keep that sad little rain cloud from reigning over me. When I went up to bat, I told myself that I would hit the ball instead of already deciding that I wouldn’t.

And you know what? I did it!

When I was sent out to right field, I didn’t just stand and mope this time. I took notice of the little wildflowers that sprinkled the grass around me, enjoying the pops of color between the grass still brown from winter. I cheered on my classmates as they took turns hitting the ball. I tried to be happy in the position I was given.

After a while, I didn’t have to try anymore. I didn’t have to force a positive mental attitude. I was genuinely having fun. This time, when our teacher said, “That’s class,” I was actually a little disappointed!

Proverbs 17:22 says, “A merry heart doeth good like a medicine: but a broken spirit drieth the bones.” A merry heart was exactly what I needed to improve my P.E. experience—it was the perfect medicine to fix my dried-up attitude.

Having a positive mindset really does help. The next time you are faced with the one task that you absolutely abhor, stop yourself before you descend into the depths of a bad attitude. Ask God to help you have a good attitude—and try your hardest to have a merry heart. You might have to force the smile at first, but in the end, that medicine will work wonders.