Don’t Bargain With the Devil
Learn to rely on God instead.
By Vienna Flurry • April 6, 2017 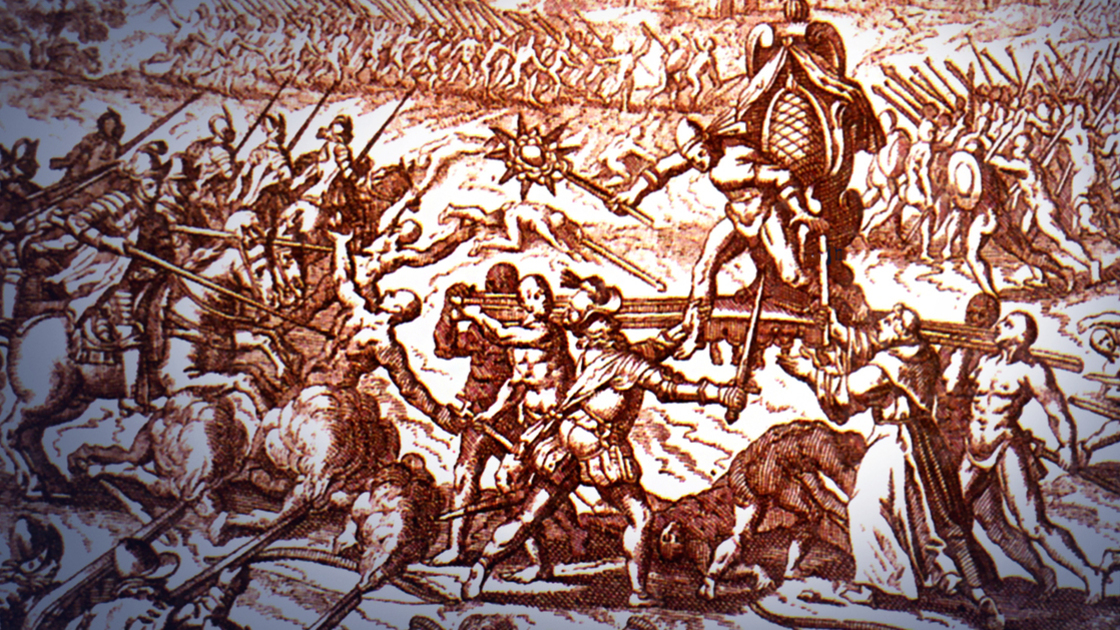 By Lupo - Transferred from en.wikipedia to Commons., Public Domain, https://commons.wikimedia.org/w/index.php?curid=474992

The Spaniards weren’t the first people in South America, however. As they soon found out, another group of people had settled in South America long ago, and they had an established civilization in the region. These people were known as the Incas.

The Inca empire, which spanned across the western coast of South America, had become the wealthiest and largest kingdom in both North and South America. By the time the Spanish arrived, however, the empire had already greatly declined due to a civil war.

This war was provoked by a poor decision made by the Inca’s dying monarch. Before he died in 1527, Emperor Huayna Capac unwisely divided the great kingdom between his two sons, Atahualpa and Huascar. Over the next few years, the sons fought each other viciously for sole rule, causing deep division within the empire.

The war ended only when Atahualpa killed his brother. But as he set out to reunite his broken kingdom, a more deadly threat landed on its shores. It came in the form of a Spanish explorer: Francisco Pizarro.

Francisco Pizarro had already been to South America on a previous Spanish expedition, and he had seen the massive amounts of gold that the mysterious land held. He returned now to claim that gold for himself.

Pizarro and his men landed on the shores of the Inca Empire in 1531. At first, Atahualpa did not consider them to be a threat since they were so outnumbered. In fact, there was one Spaniard for every 500 Inca warriors! With seemingly little to fear, Atahualpa invited the Spanish explorer and his men to the city of Cajamarca so he could show off his vast wealth and power. Pizarro accepted the invitation. Although the invitation and acceptance may have looked cordial on the outside, each man was actually plotting to conquer the other.

Atahualpa knew he would probably die, so he bargained with the greedy Pizarro. He promised him a roomful of gold and two roomfuls of silver in exchange for his life. And this was not a small room either. It was 24 feet long, 18 feet wide and probably about 10 feet tall, although he promised only to fill it 8 feet.

For two months, the Incas scoured the kingdom for enough gold to fill the room once and enough silver to fill it twice. When the wealth was finally gathered, Atahualpa patiently waited to be set free. After all, the explorers had enough wealth to live like kings for the rest of their lives.

But Pizarro had been scheming all along. He wanted more than wealth. He wanted to rule over the great land of the Inca empire. And as long as Atahualpa lived, there would be another man in Pizarro’s way. Instead of keeping his promise and sparing the Inca king, Pizarro had his men kill him. With the last king done away with, the great Inca empire fell forever—and Pizarro was able to take the land for himself.

A biblical example of the same kind of situation is found in 2 Kings 18. Assyrian king Sennacherib demanded tribute from King Hezekiah of Judah, and he threatened to come and destroy Jerusalem if he didn’t pay. Hezekiah gave Sennacherib what he wanted—300 talents of silver and 30 talents of gold—but the Assyrian army came and surrounded Jerusalem anyway! It wasn’t until Hezekiah put the matter completely into God’s hands that the Assyrians fled away from the city (2 Kings 19).

As teens in God’s Church, we have in our possession a vast amount of spiritual wealth, just like Atahualpa and Hezekiah had physical wealth. Our adversary is much more dangerous than theirs were, however. Our adversary is Satan, and he is constantly looking for every opportunity to take our spiritual wealth away from us. 1 Peter 5:8 says “Be sober, be vigilant; because your adversary the devil, as a roaring lion, walketh about, seeking whom he may devour.” Satan hates the fact that our future is to be a part of God’s Family. He threw his glorious future away, and he does not want us to inherit ours.

It’s easy for us to think we are smarter than the devil, or that we know the kinds of things he does to tempt us. But we have to know that we can’t play his game! He will always win. We can’t think that if we “bargain” with him, he will keep his promises. If we do something wrong even once, he can use that to weaken our character and get us to make the same mistake again. He will never let us go once he has us in his clutches.

Atahualpa made the mistake of bargaining with a greedy, power-hungry man. He should have known that such people often don’t keep their promises. They are blinded to human suffering by their own greed—nothing will stop them from getting what they want. Satan is the same in that he wants everything we have, and he isn’t satisfied unless he’s taken it all. He’s working harder than ever to catch us off guard today because he knows his time is short (Revelation 12:12).

We have a source of protection that is much more powerful than the mere promise of gold or silver. We have the great God. Make sure you tap into His power.