No Electric Mixer? It’s the End of the World!
What I learned from making a no-bake cheesecake
By Brianna Weeks • Feb. 23, 2017 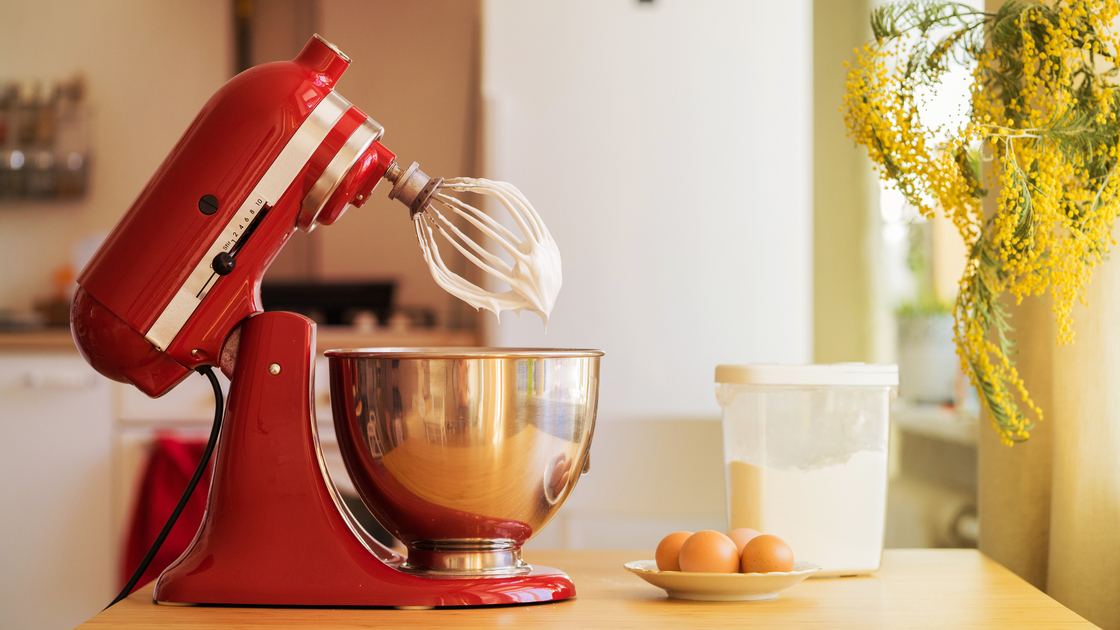 One weeknight during my freshman year at Herbert W. Armstrong College, I waltzed into the dorm kitchen, eager to start preparing what was going to be a delectable Friday night meal. I opened the cabinet door where my personal shelf was located and grabbed a box of graham crackers. I’ll make the no-bake cheesecake first, I thought, since that will probably keep in the fridge better than enchiladas.

Having made that important decision, I opened the package of graham crackers and took out the first sleeve. Then I reached up to my shelf to grab a ziplock bag to crush the graham crackers inside.

Hmm. I had forgotten that I didn’t have any of those. Improv time!

I opened the freezer and grabbed the bag of homemade cookies my mom had sent down with a married couple from their congregation. Inside the bigger ziplock were smaller bags with cookies in them. I took these bags out of the larger bag, and voilà! Suddenly I had the ziplock bag I was looking for.

Undeterred (and actually pleasantly surprised that I had thought of a way around the no-ziplock-bag situation), I removed the graham crackers from their sleeve and broke them into the bag. Then I squeezed the top shut, making sure I pressed the air out as I squeezed. The crackers were ready to be pulverized into crumbs!

Then I realized that I didn’t have a rolling pin.

Now what? I cast my eyes around the room for some spherical object that would work to crush the graham crackers. Aha! I’ll use a drinking glass! Problem #2 solved.

I finished up the crust and moved on to the filling. I had set my packages of cream cheese out earlier, so they were nice and soft—perfect for whipping up in the mixer.

But wait—my dorm doesn’t have a mixer.

This was a slightly bigger problem. Check that. This was a huge problem! When I lived at home, I made everything with the mixer. It didn’t matter if it was the fanciest cheesecake or the simplest brownie recipe—I always used the mixer. Now, I didn’t have one. What was I going to do?

After I thought about it for a while, I realized that there had been a time before mixers were invented. If people back in the 1700s could make their own butter, surely I can make a cheesecake without a mixer.

So I did what those people back then did—I used my hands. First, of course, I washed them. Then I plopped the two packages of cream cheese into a bowl and began to knead them with my fingers. The process was quite squishy and sticky—but it was also a ton of fun! This isn’t so bad, I thought. I just won’t tell anyone I used my hands—(until I write an article about it a year-and-a-half later, that is!)

Soon, the two blocks of cream cheese were mixed enough that I could whip them with a fork, and eventually the cream cheese was the right consistency to add the eggs. To mimic the efficiency and speed of an electric mixer, I whipped that mixture with my fork until I thought my arm was going to fall off.

Next came the sweetened condensed milk. I grabbed the can off my shelf and dug through the drawers to find a can opener.

You wouldn’t believe it. We didn’t have a can opener either.

Now this is absolutely impossible! I thought. How am I ever going to open a can without a can opener?

Well … I had seen people saw open cans with a knife in movies. Surely I could do that! I opened the utensil drawer and took what appeared to be the sharpest knife out of the silverware divider. Clutching the can of sweetened condensed milk in one hand and the knife in the other, I said a silent prayer that I wouldn’t miss the can and accidentally stab my hand. Then I swung down with all the strength left in my arm (which was still pretty tired from all the whipping).

Success! I had made a perfect little hole in the lid of the can. I just needed to make it a little wider. I began to saw at the metal with the knife, apologizing in my head to the dull blade as I blunted it even more.

After what seemed like an eternity of sawing, my little hole was just big enough to let out a thin stream of the condensed milk. Well, the recipe does say to pour the milk in slowly, so this is perfect! As the milk slowly dripped into the bowl, I whipped furiously once again with my handy fork. By the end of this, I am going to have muscles big enough to rival any of the guys in the powerlifting competition, I thought, but only in my right arm!

Although it took much longer without a mixer, the cheesecake filling eventually came out looking pretty normal. And when I tasted it (because who doesn’t lick the spoon, right?!), it tasted normal too. All that was left was pouring it into the graham cracker crust and refrigerating it—and eventually eating it once the time for Friday night dinner came!

Besides just having a lot of fun in trying to come up with alternative ways to make my no-bake cheesecake, I also realized something really significant: I was used to a much higher standard of living than I actually needed. Don’t get me wrong—mixers and can openers and rolling pins are all great things to have around the house. But I was so used to them that I was taking them for granted. At home, I always had easy access to any tool I needed to make a recipe or clean a bathroom or do the laundry—and I never truly appreciated that.

Now, as I cleaned up the mess of graham cracker crumbs and drips of sweetened condensed milk spattered about the kitchen counters, I was beginning to realize what I had at home. And I was beginning to realize that it wasn’t the end of the world that I didn’t have that electric mixer to do all the work for me. Sure, it was a bit more challenging, but I survived. I even enjoyed it! And now since I know what it was like to not have all the tools I was so used to, I had a much greater appreciation for them.

It’s not a bad thing to have nice possessions, but we cannot rely on them so heavily that we cannot do without them. Mr. Armstrong stressed the importance of reducing our standard of living. We have been so blessed in the United States and the other modern nations of Israel that it is easy to take those blessings for granted. When the time comes to reduce your standard of living, will you be confused and bewildered—a little like I was while I was making my cheesecake?

When I thought about my reaction to the day’s obstacles, I realized how high a standard of living I had set—and that I needed to change my mindset toward physical things. I needed to simplify my life more. It wasn’t the end of the world that I didn’t have an electric mixer to make my no-bake cheesecake with after all.

I did make sure to grab an extra can opener from my mom the next time I visited home, however.