What Is Armageddon?
The world will not be destroyed at Armageddon as many people believe. Armageddon has become synonymous with the destruction of the world. But what exactly is Armageddon? The answer may surprise you!
By Joel Hilliker • November 2005 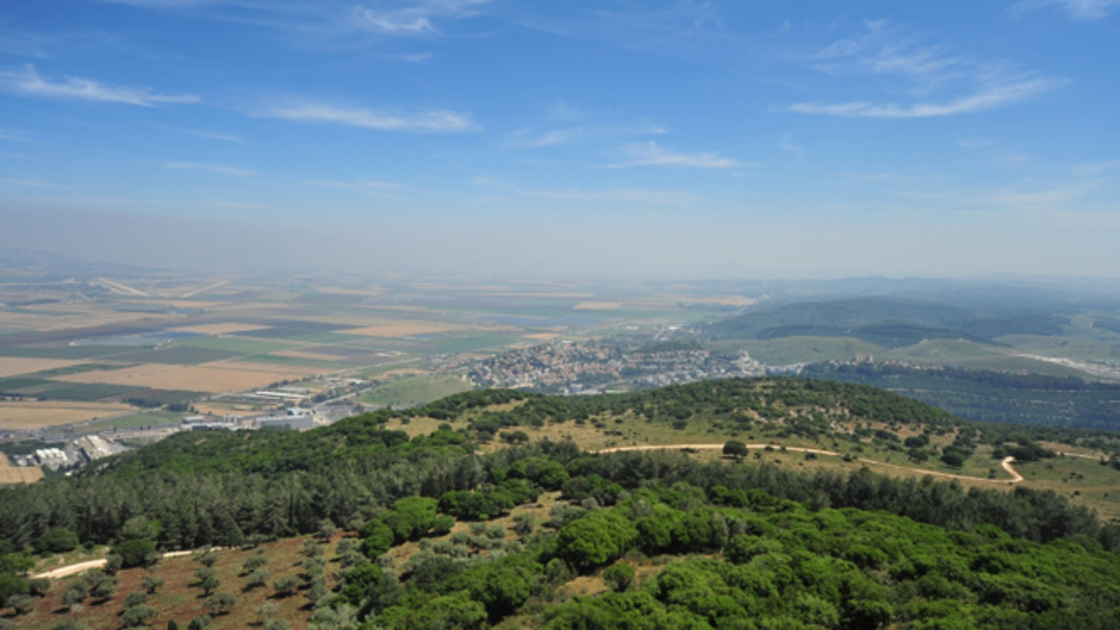 Armageddon is a biblical term directly associated with the Second Coming of Jesus Christ. Almost everyone has heard of it. World leaders and scientists frequently use this term when speaking of nuclear warfare and the destruction of mankind.

Yet few know what Armageddon really is!

What does Bible prophecy reveal? You may be surprised at who will be fighting whom at Christ’s coming, and where! Let’s understand exactly how Armageddon fits into Bible prophecy—especially with regard to the dramatic return of Jesus Christ.

Jesus Christ came approximately 2,000 years ago as a meek Lamb to be slain for the sins of the world. But when He comes again, He will be wrathful—angry—toward all evil! (Revelation 6:15-17). He will use His mighty power to punish mankind and change the ways that have caused all the sorrow and suffering on Earth.

The time of God’s punishment on rebellious mankind is called the “day of the Lord” in the Bible, and is described in more than 30 different prophecies scattered throughout both the Old and New Testaments. The Day of the Lord comes after the Great Tribulation—the time of Satan’s wrath, which will bring unprecedented destruction and devastation to the Earth (Matthew 24:21-22).

God’s wrath during the Day of the Lord is manifested in the seven trumpet plagues (Revelation 8 and 9; 11:15-19), which are unleashed consecutively over a period of months, culminating with the seventh and final trumpet (Revelation 11:15). The seventh trumpet announces Christ’s return and the terrifying seven last plagues, which complete God’s punishment (Revelation 15:1). This is when “Armageddon” comes into play.

The seven last plagues are represented symbolically by seven vials, or bowls, that are poured out on the Earth (Revelation 16:1-21). Notice what happens when the sixth vial is poured out: “And the sixth angel poured out his vial upon the great river Euphrates; and the water thereof was dried up, that the way of the kings of the east might be prepared. And I saw three unclean spirits …. For they are the spirits of [demons], working miracles, which go forth unto the kings of the earth and of the whole world, to gather them to the battle of that great day of God Almighty. And he [should be they ] gathered them together into a place called in the Hebrew tongue Armageddon” (Revelation 16:12-14, 16).

Clearly, Armageddon is a place where the armies of the Earth will be assembled. The demons mentioned in verse 14 will directly influence the leaders of nations—deceiving them with miracles—stirring them to a fever-pitch of hatred to fight the returning Christ (see Revelation 17:14), who by this time will already be in Jerusalem with His angels and resurrected saints.

Notice that the “way of the kings of the east” will have been made ready by the drying up of the River Euphrates (Revelation 16:12). This will enable the nations to the east to easily marshal their armies and armaments at the place called Armageddon.

The word Armageddon is a Greek form of the Hebrew name har Megiddo. It means “hill (or mountain) of Megiddo.” This is the site of the ancient city of Megiddo, which is about 55 miles north of Jerusalem, and about 15 miles inland from the Mediterranean Sea. Anciently, the region that includes Megiddo and the Valley of Megiddo (on the southern border of the Plain of Esdraelon) was an important military site that guarded a nearby strategic pass.

For ancient Israel, Megiddo and the Plain of Esdraelon (also known as the Valley of Jezreel) became the battleground of the centuries. Time after time the blood of battle was shed there. Over and over again the 13 acre mound of Megiddo was refortified. It is a symbol of war and human conflict. And as the prophecy of Revelation 16 indicates, Megiddo and the Plain of Esdraelon will become the staging ground, or mustering area, for the greatest concentration of military might ever assembled! But Armageddon is not where the actual battle will take place.

Prophecy tells us that “ten kings” (Revelation 17:12‑14) will comprise the modern and final end-time revival of the ancient Roman Empire. It will be a political, military and religious alliance of incredible power. A vast and mighty army will be formed and will find its way into the Middle East. The religious control of Jerusalem and of Middle Eastern oil will undoubtedly be major factors prompting the maneuver.

Thus the army of this religious “beast” power (request Who or What Is the Prophetic Beast? for more information on what will comprise this beast) will confront the armies of the East that will have crossed the dried up Euphrates River and made their way to Armageddon. (To understand who the armies of the East are, request the booklet Russia and China in Prophecy). But instead of fighting each other in a battle that would end in the nuclear extinction of all life (Matthew 24:22), they will, ironically, unite their forces and march southward from Armageddon toward Jerusalem in an attempt to destroy their common “enemy”—Jesus Christ!

The battle that ensues is called the “battle of that great day of God Almighty” (Revelation 16:14)—not “the battle of Armageddon.” Now let’s notice where this battle takes place. “For behold, in those days and at that time … I will also gather all nations [at the place Armageddon], and bring them down to the Valley of Jehoshaphat [on the eastern outskirts of Jerusalem] …. Proclaim this among the nations: ‘prepare for war! Wake up the mighty men, let all the men of war draw near, let them come up … Assemble and come, all you nations, and gather together all around …. Let the nations be wakened, and come up to the Valley of Jehoshaphat; for there I will sit to judge all the surrounding nations. Put in the sickle, for the harvest is ripe. Come, go down; for the winepress is full, the vats overflow—for their wickedness is great’” (Joel 3:1-2, 9, 11-13, New King James Version).

Compare especially verse 13 with Revelation 14:18-20 and 19:15. These prophecies prove that the focal point of this great climactic battle between God and man will be in the Valley of Jehoshaphat (the word Jehoshaphat means “judgment of Yahweh,” or “judgment of the Eternal”). This valley is a deep ravine having steep sides. It borders the city of Jerusalem on the east and is situated between Jerusalem and the Mount of Olives. Today, it is known as the Kidron Valley.

This great climactic battle is pictured in Revelation 19:11-21 and also Zechariah 14:12. This will be the war to end all war forever! Jesus Christ will utterly destroy those who, in attempting to enforce human world government, would have destroyed the Earth through nuclear warfare (Revelation 11:18) had He not intervened.

The returning Christ will be forced to deal with rebellious nations in the only language they understand—overwhelming force! Only then will men be willing to try God’s way of life and come under His government, which leads to genuine peace, happiness and prosperity!

Under the righteous rule of Christ, the entire world will begin to reap God’s abundant blessings in the World Tomorrow, when God’s way will thrive and flourish. Ultimately, everyone who has ever died will be resurrected and given a chance to follow that same way!