Using God’s Sacred Name
There is great significance behind the names attached to God’s sacred name.
By Mark Jenkins • November 2012 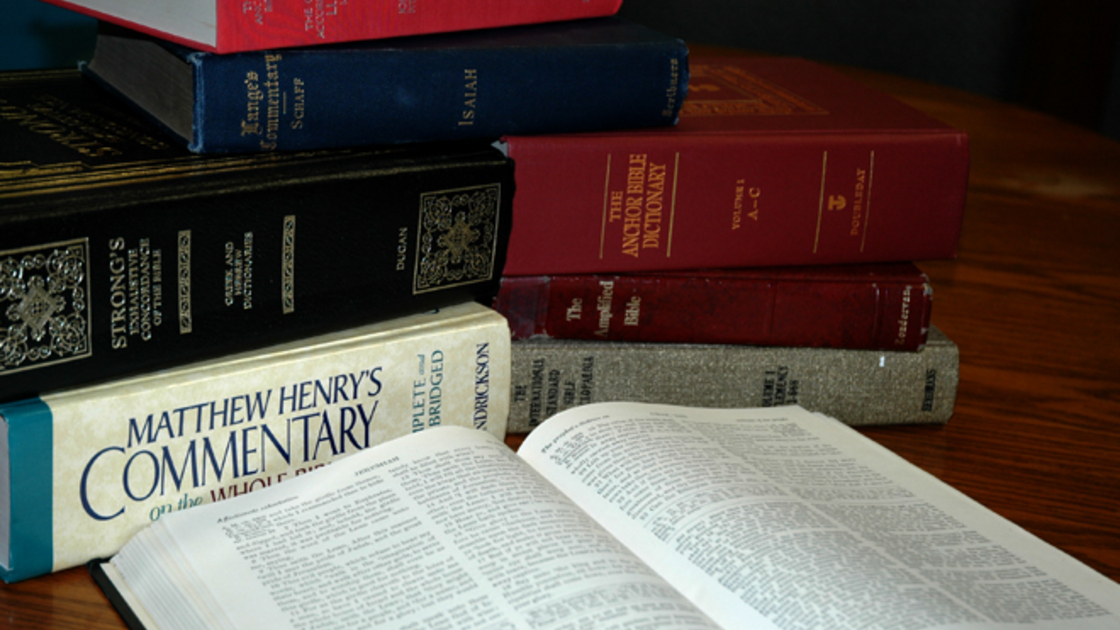 Throughout history, great significance has been attached to the name of God, and rightly so. There is only one name by which we can be saved (Acts 4:12). Jesus Christ said that He came in the name of the Father (John 5:43). The Philadelphians in Revelation 3 are praised because they have not denied Christ’s name (Revelation 3:8); therefore it is especially important that we use His name properly.

Some have stated that God’s name should only be pronounced in the Hebrew language. These groups cannot agree, however, on the correct pronunciation of either God or Christ’s Hebrew name. Some say that God the Father should be called Yahweh. Others say His name is Yahvah or Yah. Christ is called Yahshua , along with numerous other variations. All of these groups say that it is a sin to use the English words God, Lord, Christ, Word and Christian. Let’s examine the truth about the names of both God the Father and Jesus Christ.

Throughout the Bible, God places a special emphasis on names. When God chooses a name, the meaning is always of primary importance. It has been this way from the beginning. When God named the very first man, he called him Adam because he was made of “red earth.” Adam then named the first woman Eve because she was “mother of all.”

In some cases, God has changed someone’s name, again, in order to properly represent meaning. For instance, the name Jacob means “supplanter.” When Jacob overcame, he obtained God’s blessing and was renamed Israel, which means “overcomer.” Abram was renamed Abraham because he would be a “father of many nations.”

In the New Testament, the word name conveys authority. According to Strong’s Concordance, the Greek word for name, onoma, shows authority and character. When we pray “in Jesus’ name,” we are actually praying by His authority. In Hebrews 1:4, the Apostle Paul writes, “Being made so much better than the angels, as he [Christ] hath by inheritance obtained a more excellent name than they.” On page 8 of the International Critical Commentary , James Moffatt writes that the word name “carries the general sense of ‘rank’ or ‘dignity.’” Jesus Christ has a more excellent name because He is greater in rank and authority. God the Father’s names also have great meaning that He wants each of us to understand. In fact, God wants man to take such special care with His name, that He protected it with one of His Ten Commandments (Exodus 20:7).

The Names of God

“In the beginning God created the heaven and the earth” (Genesis 1:1). As the late Herbert W. Armstrong so often reminded us, the Hebrew name for God in this very first verse of the Bible is elohiym. It comes from the Hebrew word Elohim , meaning “mighty ones.” It is a singular noun with plural characteristics, like church or family. This word shows that there are numerous members in one God family.

Sometimes the word El is used to represent God. It means “mighty one” and is frequently combined with other words to form new names. For example, El-Shaddai means “Almighty God” (Genesis 17:1). In Isaiah 7:14, it was prophesied that a virgin would conceive a son called Immanu-El , or “God with us.”

In Exodus 6:2, God revealed His name to Moses. “And God spake unto Moses, and said unto him, I am the Lord.” The Hebrew word for Lord in this case is Yhwh. It actually means: “The One who was, and is, and is to be.” It is this name that the followers of the “sacred names” doctrine say opens the door to salvation. However, in verse 3 God states, “And I appeared unto Abraham, unto Isaac, and unto Jacob, by the name of God Almighty, but by my name Jehovah was I not known to them.” Therefore, if the proper use of the name Yhwh is required for salvation, Abraham, Isaac and Jacob—along with everyone else born in the first 2,500 years of human history—are all condemned!

In addition, the true pronunciation of Yhwh has been lost. The Bible prophesied that this would happen: “I have heard what the prophets said, that prophesy lies in my name, saying, I have dreamed, I have dreamed. How long shall this be in the heart of the prophets that prophesy lies? yea, they are prophets of the deceit of their own heart; Which think to cause my people to forget my name by their dreams which they tell every man to his neighbour, as their fathers have forgotten my name for Baal” (Jeremiah 23:25-27). History shows that the Jews came to believe that it was blasphemous to use the divine name Yhwh.

According to Theology of the Old Testament, the pronunciation Yahweh that is used today is of Samaritan origin. The true pronunciation was lost because no Jew dared to speak it for fear of punishment of death.

Today, some still feel that they must pronounce God’s name because it is holy. But the fact is Christ Himself never used the name Yhwh. If He had, the Jews would have used that as their reason to sentence Him to death, rather than make false accusations (Mark 14:55-59).

In fact, the pronunciation of the word is of little consequence to us. Jesus Christ set the proper example for us by using the word Father when referring to God. He instructed His disciples, “When ye pray, say, Our father which art in heaven” (Luke 11:2).

It is also important to note that the New Testament was inspired by the Holy Spirit in Greek, not in Hebrew. This includes the names of God and Christ. If God had wanted His name to be pronounced in Hebrew, He would surely have inspired His servants to write His name in Hebrew. God wants us to use the names for Him and His Son that we understand. When Paul spoke to the men at Athens, he saw that they had set up an altar “to the unknown God.” He declared “the unknown God” to them (Acts 17:23). Paul then told them about God and about God’s plan, including the resurrection. The importance was not in teaching them a Hebrew pronunciation for God’s name, but in declaring God’s message to them.

In Psalm 138:2, David wrote, “For thou hast magnified thy word above all thy name.” Man has always focused on the person of Christ, and not on the message that He brought. Christ said that many would come in His name, saying that He is Christ (Matthew 24:4-5). Very few have come in the name of Yahshua , the Hebrew name for Christ, and the sacred names groups would surely not say that this verse refers to them.

We have seen that “God” is a family name. When we pray, it is to our Father in heaven, according to the instruction of our Savior.