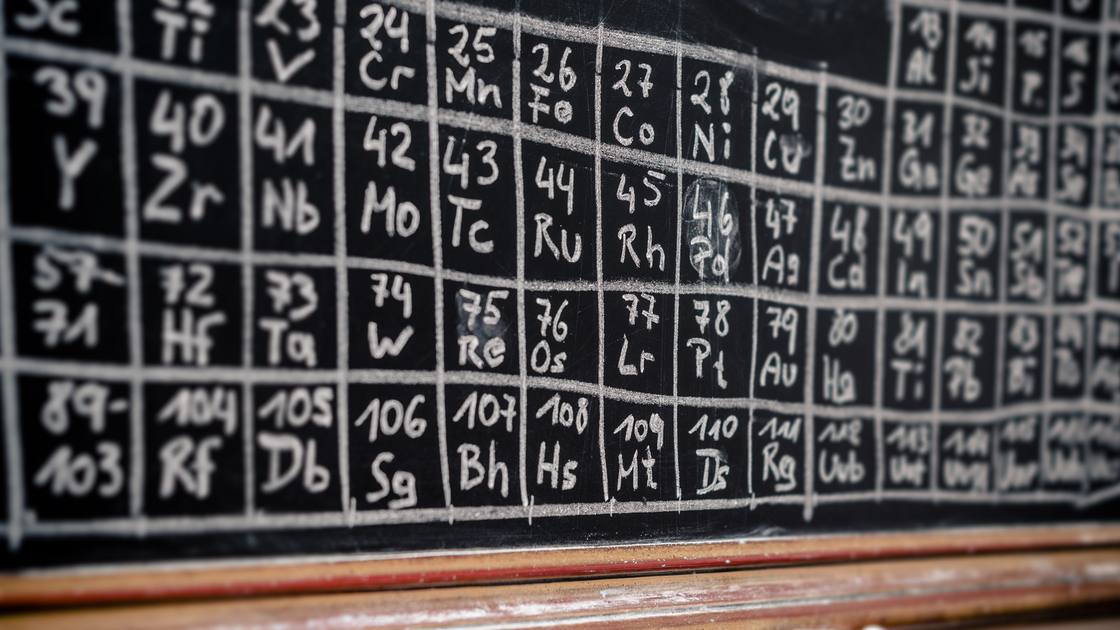 Imagine a cold, snowy landscape. It is 1848, a time before phones, computers or the Soviet Union—in the midst of 19th-century Siberia in Tobolsk, Russia. A recently widowed mother named Maria, who has more than 11 children, has just lost her glass factory—her only source of income—to an unfortunate fire. Her family is now left destitute—the outlook is hopeless.

Although this may seem like a horrible end for this family, it actually turns into one of the greatest success stories in the history of Russia. It is the story of Maria’s youngest son, Dmitri Ivanovich Mendeleev.

Dmitri started his studies in St. Petersburg at the age of 16, having traveled almost 2,000 miles to get there. He was rejected on his first application, and once he was finally accepted, his mother died within weeks, leaving him as a 16-year-old orphan.

When Dmitri began his studies in the Russian capital, he worked hard to learn as much as he could. Even though he contracted tuberculosis and became infamous for his temper, Dmitri graduated first in his class. After a brief period teaching in a few Russian cities, he returned to St. Petersburg to study chemistry, the field in which he was to make his most important contributions.

Dmitri is known for creating the periodic table of elements, one of the most iconic charts in the science classroom. The creation of the table is one of the most inspiring stories in scientific history and an excellent example of Dmitri’s continual perseverance for perfection.

The periodic table is the most logical and easy-to-understand way we have to organize the physical elements that comprise our universe. Before Dmitri, there was no organized way to explain or teach chemistry. When Dmitri began to teach and write about chemistry, he could not find any book that had what he wanted: an organized way to look at all of the elements as a whole. He then decided to create the perfect periodic table.

To create the table, Dmitri took the names of the known elements and put them on tiny cards—one element per card. As the story goes, he shuffled, placed, reshuffled, and replaced cards for hours and hours. Things started to work out, but then he ran into a problem. After the first few elements, his cards would not match up properly. However, he would not settle for mediocrity. He would not settle for “good enough.” He would get it right. He knew there must be a perfect way to organize them, but he just could not find it.

After hours of intense thinking, Dmitri finally fell into a deep slumber.

Dmitri said of this sudden sleep, “In a dream I saw a table where all the elements fell into place as required. Awakening, I immediately wrote it down on a piece of paper.”

From this moment of sudden inspiration, Mendeleev’s crowning achievement was created. His hard work, perseverance, and determination for perfection had paid off.

This table was not only educational, but also, in a way, prophetic. The reason why he had so much trouble organizing the elements logically was because not all of the elements had yet been discovered. To fix this problem, he introduced gaps in the table, predicting that elements would be discovered to fill the holes, and when they were discovered, where they would go in his table. By doing this, he was even able to predict the properties of this undiscovered material! Because of this, Mendeleev is still known to this day as the “chemical prophet.” In addition to his predictions of undiscovered elements, Dmitri was even able to prove previous measurements wrong with his table, demonstrating the powerful capabilities behind this near-perfect invention.

How perfect do you want to be? Matthew 5:48 says: “Be ye therefore perfect, even as your Father which is in heaven is perfect.” How strong is our determination for perfection? Do we work hard to fight mediocrity and never settle for “good enough”?

Dmitri was not a perfect man by any means, but his drive to achieve perfection still applies to us. Imagine if he had given in and thought to himself, Well, I am pretty tired, and this table just will not come out right. None of the greatest minds in history have been able to successfully accomplish this feat—why would I be any different? He could have said, Well, it’s good enough, and it will never be perfect, because perfection is impossible. Can you imagine how different your science education would be if Dmitri had thought this way?

Do we sometimes settle for “good enough”? Do we settle for mediocrity, whether it be in our homework, jobs, hobbies or chores? Do we sometimes think, Well, this paper is fine. Surely I don’t need to write that much! I can graduate with a C+—that’s still good enough.

God is a perfectionist. When He re-created the Earth, it was “very good” (Genesis 1:31). It was not just “pretty good” or “good enough.” Imagine how the earth would be today if the scripture said: “And God saw everything that He had made, and, behold, it was pretty good.” That would be absurd! God does not settle for subpar.

Do we try to reflect perfectionism in our lives? Do we work hard like Dmitri, sacrificing when necessary to achieve our goals?

Because of the periodic table and many other contributions that he made to science and Russia, Mendeleev received many honors: medals and prizes, a lunar crater named after him, a pardon from the czar, and even one of those yet-to-be discovered elements in his own table named after him when it was finally discovered—Mendelevium (Md), element number 101.

What kind of reward awaits us if we are determined to achieve perfection?