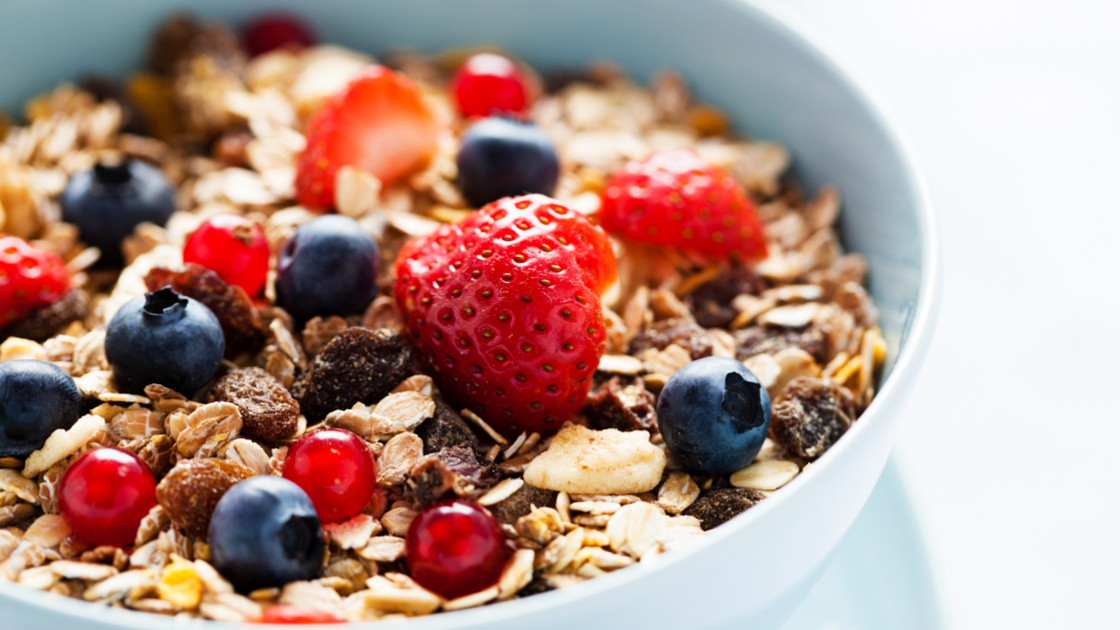 Herbert W. Armstrong often said that the missing dimension in education was knowledge of how to live. And that knowledge, he explained, is divided into two categories—the physical, and the spiritual—“how to be in vigorous, clear-minded, perfect health, which depends upon the physical laws of nature, and how to live in proper relationship with God and with neighbor, which depends upon the spiritual law summed in the Ten Commandments” (Good News, October 1954).

Now we are well familiar with the six-month, night-and-day study Mr. Armstrong immersed himself in prior to his conversion. It started in the summer of 1926 when he was challenged to disprove the theory of evolution. Later, his wife challenged him on the Sabbath question. That intensive study proved vital in his preparations for the spiritual responsibilities God would later put on his shoulders.

But did you know Mr. Armstrong plunged into another intensive study before going into the ministry—a study on how to live physically?

It’s right there in his autobiography.

In 1930, one of Mr. Armstrong’s neighbors asked him if he would be interested in taking a job with an aluminum company (Autobiography of Herbert W. Armstrong, Vol. 1.) The company sold cooking utensils during “demonstration dinners” held in the homes of potential customers. Here is how it worked:

The host would receive a special utensil gift based upon the number of couples he or she could get to attend the dinner. At the dinner, the salesman would prepare a dinner with the best of ingredients, using the company’s utensils. Then, after the meal, the salesman would give a lecture to the potential customers on the importance of physical health.

Mr. Armstrong wrote, “I was intrigued. I saw that this job offered me the opportunity to make an intensive study of the causes of sickness and disease, and of nutrition and the part diet plays in health or illness” (ibid). And so, that’s what Mr. Armstrong did—for the next year, he delved into a study of physical health.

Now keep in mind, this was the year that led up to his ordination in 1931.

“At the library and bookstores I searched out other books beside these he recommended. I plunged into an intensive study in this fascinating field,” he continued. Four years after his night-and-day study into the subjects of evolution and the Sabbath, Mr. Armstrong plunged into another intensive study—one that we probably aren’t nearly as familiar with.

“Through the first half of the year 1931 the study and lectures on the causes of sickness and disease continued. Enough of the heavy aluminum was sold to keep the family alive—but no more,” he wrote. Little—if anything—was known about the adverse effects on health by cooking with aluminum back in the 1930s. He made just enough money to get by, but the education and training he got during this job proved invaluable!

Notice: “What I learned during this year of study and lecturing on sickness and disease was actually an important part of the preparation God was taking me through for His ministry.” Read that quote again! All of this, like so many other events of Mr. Armstrong’s life before God put him into the ministry, played an important role in preparing him for his calling and commission! Whatever this was, it was significant truth that would have an impact on God’s Work! The purpose of this article series is to expound on some of the things Mr. Armstrong learned back in 1930 and 1931.

The Law of Truth in His Mouth

“Because I thoroughly believed in what I was doing, I held ‘dems’ for the Church brethren in the Jefferson area. Most of them purchased the heavy aluminum [again, Mr. Armstrong was not aware of the adverse effects of cooking with aluminum], and began eating natural foods” (ibid). This is right at the outset of Mr. Armstrong’s ministry in 1931—and most of the brethren invested in these cooking utensils and began eating natural foods.

This is an important point for those of us in the ministry today. God not only expects us to strive for a healthier lifestyle, He wants us to be “sold” on it! If we are living healthier lives and are excited about it now, God knows we will be excited about restoring the truth about health and nutrition in the World Tomorrow. If we look at it from this perspective, the world is waiting on us, even if it doesn’t realize it now.

“And ye shall know that I have sent this commandment unto you, that my covenant might be with Levi, saith the Lord of hosts” (Malachi 2:4). God made a covenant with this man, Levi, and then brought the rest of us along to support him.

“My covenant was with him of life and peace …” (verse 5). What a positive message this man of God had. As it says in The Last Hour booklet, Mr. Armstrong “offered real, abundant living and peace in his teaching.”

Continuing in verse 5, “… and I gave them to him for the fear wherewith he feared me, and was afraid before my name.”

In The Last Hour, my father wrote, ”Fear is mentioned three times, right after that colossal vision. Mr. Armstrong had a living fear of violating God’s law and government. And because of that fear, God poured the deepest vision into his mind! That is the only way to receive life and peace from God. We must be ‘little children’—childlike and submissive to God.”

“The law of truth was in his mouth, and iniquity was not found in his lips: he walked with me in peace and equity [lawfulness], and did turn many away from iniquity [lawlessness]” (verse 6). Now, our highest priority in turning people to righteousness is on our majestic calling—this awesome Family vision. But look, Mr. Armstrong believed in what he was learning back in 1931 so much that he was convincing a whole Church area to change the way they were cooking and eating! It was so much a part of him that he couldn’t help but have it spread into his spiritual ministry as well. That’s quite a ministry! Just think of the impact it would have on our congregations if everyone began eating natural foods!

The Law of Moderation

Let’s delve further into some of the things Mr. Armstrong learned back in 1930 and 1931. “I learned of what the human body is constituted—primarily 16 elements of matter, 12 of which are alkaline-reacting mineral elements, and 4 of which are acid-reacting carbohydrates. …

“Most natural foods are rendered harmful by sauces, gravies and dressings. I learned that leading physicians—that is, the very few who have studied foods, or the causes of sickness and disease—estimate variously that from 85 to 95 percent of all sickness and disease which is not of mental origin is caused by faulty diet, and the small remaining percent from all other causes combined.

“Soon I had an eye-opening, interest-compelling lecture outlined. Of course the study was continued intensively—along with continued Bible study for the next year, and the lecture progressively altered and supplemented” (op. cit.).

In his article “The Plain Truth About Fasting,” Mr. Armstrong wrote, “It is not natural to be sick, it is unnatural! God so designed the mechanism of the human body that, given [1] proper food (and few indeed know what that is!); [2] drinking the right amount of pure water; [3] breathing properly of pure air; [4] getting sufficient exercise—and that is not necessarily a great amount; [5] obtaining sufficient rest, recreation and sleep; [6] maintaining normal regularity of elimination, which includes more frequent bathing and rubdowns than many realize; and [7] keeping the mind in a positive, cheerful, active and peaceful state, the body would never be sick!

“Very few understand this. I have just named the seven laws of health, which God has given each of us, as a human individual, the responsibility of regulating.”

These are seven laws. And which of these seven is broken most? “Of course, it is true that even many if not most doctors know so little about proper food and diet that they are unable themselves to observe the dietary law of health. That law is the one most frequently broken” (Plain Truth, June-July 1982).

Our health depends more upon proper food than anything else. As Mr. Armstrong said, 85 to 95 percent of all sickness and disease comes as a direct result of what we eat.

“In the sweat of thy face shalt thou eat bread, till thou return unto the ground; for out of it wast thou taken: for dust thou art, and unto dust shalt thou return” (Genesis 3:19). Dust, or the ground, is matter. There are over 100 elements in the ground. Some of the elements are organic, which is living matter. Inorganic elements, like gold, are not living.

Now since the human body is composed mainly of 16 of those elements found within the soil, it follows then that there must be a balance between acid and alkaline minerals for the body to lead a robust, invigorated, radiant life!

Notice, it says, “Let your moderation be known …”—just like Daniel and his friends let theirs be known in Babylon (Daniel 1:8-15). What they did might have seemed extreme to the Babylonians, but look at the end result of their 10-day cleanse! Look at the impact their example had on unconverted people!

On this point of setting an example, notice, “Ye shall not make yourselves abominable with any creeping thing that creepeth, neither shall ye make yourselves unclean with them, that ye should be defiled thereby” (Leviticus 11:43). This is what God told the Israelites after telling them which meats were clean and which ones were unclean.

“For I am the Lord your God: ye shall therefore sanctify yourselves, and ye shall be holy; for I am holy: neither shall ye defile yourselves with any manner of creeping thing that creepeth upon the earth” (verse 44). Obedience to these laws made Israel holy—it set it apart from all other nations and peoples.

Obedience to these same physical laws today sets those of us in the Church apart from those in the world. But if we think that avoiding unclean meats is all that sets us apart from the way the world eats, then our standards are much too low! Some Church members assume the physical health laws all rest on the foundation of what God outlines in the clean and unclean meats chapter. They actually rest on the foundational law of moderation.

“And every man that striveth for the mastery is temperate in all things. Now they do it to obtain a corruptible crown; but we an incorruptible” (1 Corinthians 9:25). Strives for the mastery. When an athlete is in training, he must be very temperate about what he allows himself to eat. We, too, must be very temperate about what we allow ourselves to be exposed to. Strive can be used in the sense of entering a contest, to struggle, to put forth strenuous zeal. This means strict training—and all in accordance with the rules (2 Timothy 2:5).

Temperance, or self-control, is one of the fruits of the Holy Spirit (Galatians 5:23). It’s one of the real keys to spiritual power and effectiveness . And throughout the Bible, we are admonished to exercise self-control with respect to what we put in our mouths. The Bible talks about not drinking too much (Ephesians 5:18) and not eating too much food (Deuteronomy 21:20-21; 1 Peter 4:3). There’s even a proverb about not eating too much honey (Proverbs 25:27).

There is more to good health than just not eating or drinking too much. We also must be concerned about what we are eating and drinking—and making sure it is proportionally in the right acid-alkaline balance. That’s what we will examine in the next installment.