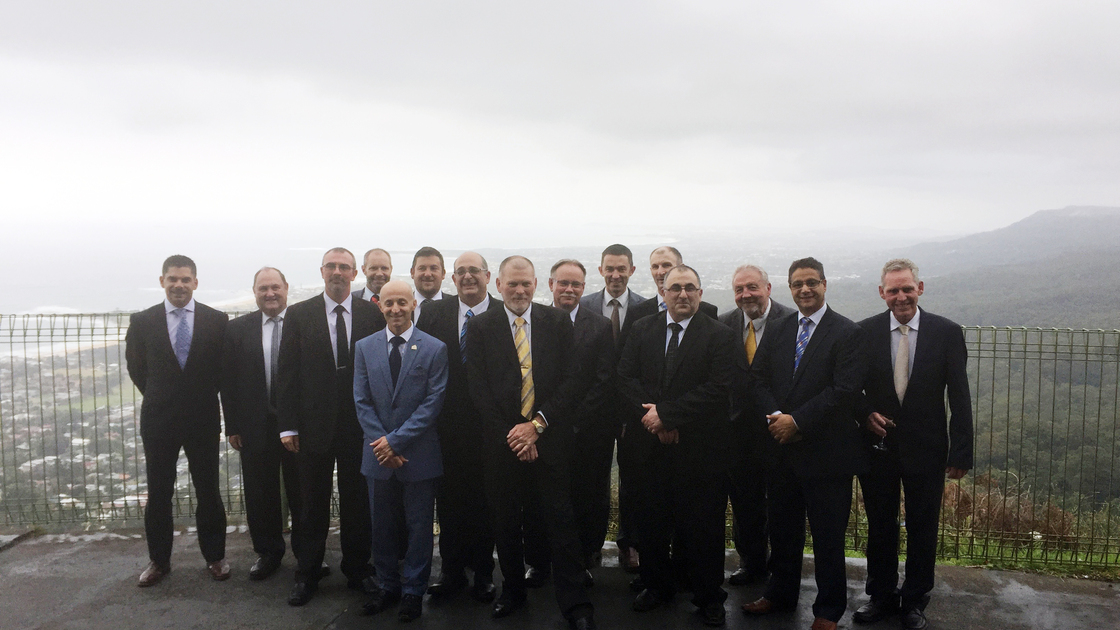 AUSTRALIA—Fifteen members of the Philadelphia Church of God-Sydney Spokesman Club hosted their annual end-of-year ladies gala on November 27 at Panorama House Restaurant and Function Center, situated on a hilltop with a view of North Wollongong.

Spokesmen and their guests arrived early in the afternoon for pre-dinner drinks, snacks and conversation on the patio.

Following a table topics session, four members gave speeches, including a #9 Instruct about how to make your own mayonnaise and a #11 Inspire about the difference between success and failure.

While a three-course meal was served, Club director John Macdonald delivered closing comments. Trophies for the night were awarded to the most improved and most effective speakers and to the most helpful speech evaluator. A graduation certificate was also awarded to member Sam Romanos. Dale Abblitt, who was unable to attend the event, also graduated Club this year.

“My favorite part of the evening was the presentation of Sam Romanos with his graduation certificate, because he has pushed through difficulties to graduate,” Club member Sandy Richardson said. “I also found the lecture and comments … really inspiring and appreciated the encouragement all the men were given.”

Mr. Macdonald said he noticed growth and change in the men. “The Club has been very positive and has made great progress throughout the year,” he said. “The bar was regularly being pushed higher. The final ladies night really capped off a great year. It was positive, enjoyable and set a high Philadelphian standard. It really has been an honor to work with the Club.”