Know Your Bible: The Single Greatest Proof
How a tiny nation became the biggest empire on Earth
By Mark Jenkins • Jan. 3, 2017 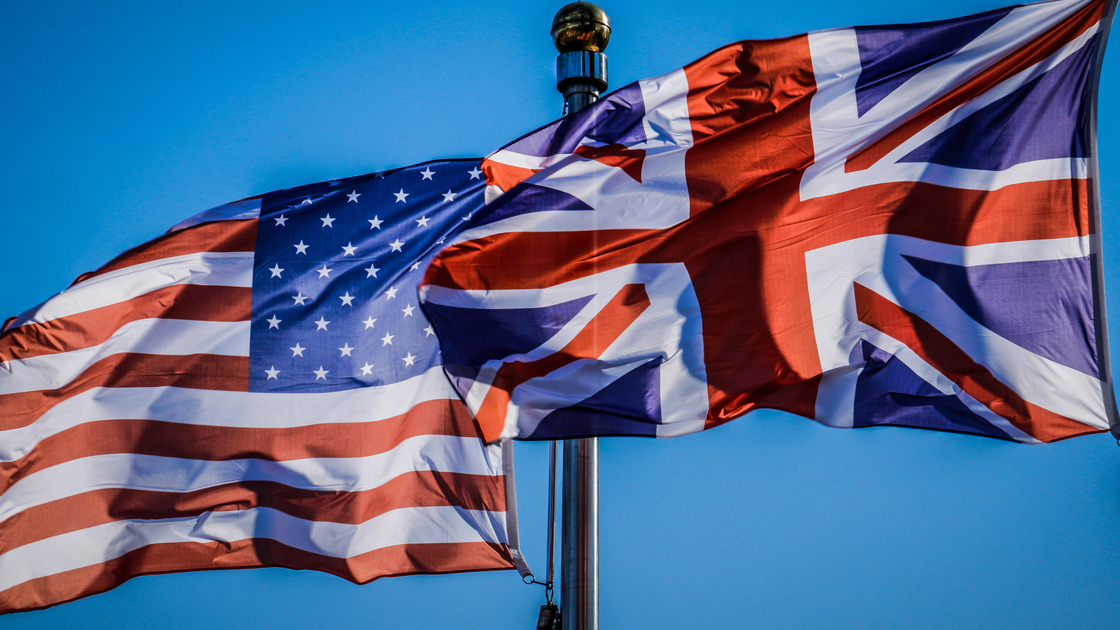 Have you ever wondered how the tiny island nation of Britain grew to dominate the world in such a massive fashion—and why? The entire United Kingdom, made up of England, Scotland, Wales and Northern Ireland, is about 40 times smaller than the United States. And yet, at the height of its power, it was the largest empire in the history of the world, and it spread out to cover about 25 percent of the land on Earth!

Do you know what that reason is?

Believe it or not, the reason for Britain’s unlikely explosion to power, as well as the reason for its rapid decline, can be found within the pages of your Bible. The history of the British Empire starts well before the actual empire itself came on the scene. It starts way back in the book of Genesis—with a single man, a command and a promise from God.

Pastor General Gerald Flurry has repeatedly called Herbert W. Armstrong’s book The United States and Britain in Prophecy the single greatest proof of God’s existence and that the Bible is His Word. It meticulously lays out the proof that the peoples of the United States and Britain—along with other Commonwealth nations—are descended from ancient Israel. Let’s consider some of the critical passages of Scripture and show how they identify us as the children of Abraham, Isaac and Jacob.

So grab your Bible, a pen and some paper. Look up the scriptures as you read this article—and find the truth about the origins of the British Empire!

Toward the end of Genesis 11, we are introduced to Abram, son of Terah of the line of Shem. He is the main character in the story of Britain’s beginning.

God promised to turn Abram’s descendants into a great nation. This promise was conditional, however. If Abram wanted to receive God’s promise, he would have to obey God and leave his native country.

The Bible records no complaints from Abram—he simply packed up his family’s belongings and left. God was pleased with this attitude and willingness to obey. Because of Abram’s obedience, God reaffirmed His promise (verse 7).

When God reaffirmed His promise to Abram, He told him that if he tried to obey His laws and teach his children to obey those laws as well, He would make Abram the father of many nations—not just one. God had established His covenant with Abram. In Genesis 28:14, God repeated this promise to Abraham’s grandson Jacob, saying that He would make Jacob’s seed as the dust of the Earth. We know by these scriptures and others that some nations have prospered over others not because of their own righteousness but because of Abraham’s obedience.

4. As a sign of His promise, what did God change Abram’s name to? Verse 5. Did God change his wife Sarai’s name as well? Verse 15. What did God say that Sarah would be? Verse 16.

“Abraham” means “father of many nations.” “Sarah” means “princess.” By changing their names, God was giving Abraham and Sarah proof that they would be the parents of many nations and people—and even kings!

In order for God to fulfill His promise to Abraham, He promised Abraham that his wife would bear a son.

6. Did God follow through on that promise? Genesis 21:1-3. Did Abraham once again prove his obedience to God’s law by having his son circumcised? Verse 21:4.

This was God’s ultimate test of Abraham’s obedience. He wanted to make sure that Abraham would obey Him no matter what—even if what God commanded him to do went against every natural inclination he had. God’s command seemed contrary to what He had originally promised to Abraham, for God had promised Abraham that He would start those many nations through Isaac—but now God was telling Abraham to kill Isaac.

Once again, the Bible records no complaints or anxiety from Abraham—he simply did what God told him to do.

9. Since Abraham showed his complete willingness to obey, did God make him sacrifice Isaac? Verses 11-12. Did God reaffirm His promise to Abraham once again? Verses 16-17.

Because Abraham obeyed immediately and unconditionally, God spared his son—and He also made the promise that He had originally given to Abraham in Genesis 12 and reaffirmed in Genesis 17 absolutely unconditional.

God changed Jacob’s name to Israel, and the promise that He had originally given to Abraham was passed on through Isaac down to Jacob. Jacob’s sons would be inheritors of this promise, called the birthright.

3. What did God say about the nations that would descend from Jacob? Verse 11.

After legally adopting Joseph’s sons Ephraim and Manasseh, Jacob blessed them. Jacob placed his name—Israel—on both of the boys. Thus, when the Bible refers to Israel prophetically, it refers most specifically to the bearers of the name Israel: Ephraim and Manasseh. The descendants of these two boys are the nations who have received the birthright promises today.

This is where the story takes an interesting twist. Manasseh was the elder son. Yet, Israel crossed his hands, putting his right hand on Ephraim and his left hand on Manasseh. In other words, the greater part of the birthright would not go to the firstborn! Joseph was sure his father was confused and tried to correct the error. But there was no error. Israel, with God’s guidance, knew exactly what he was doing. The birthright would be divided as God intended, and the heftier portion would go to the younger son, Ephraim.

After confirming where his hands should go, Israel prophesied individually about the two boys. Manasseh would become a single, great nation. Ephraim would actually become the greater of the two, a company of nations. This made the earlier promise of “a nation and a company of nations” given to Abraham, Isaac and Jacob even more specific. Here is yet another clue as to where Great Britain originated. At the height of its power, the British Empire was indeed a company of nations!

6. Does the Bible prophesy that Israel would be a colonizing people? Genesis 49:22.

Israel prophesied that Joseph would be “a fruitful bough by a well; whose branches run over the wall.” In other words, Joseph would go past his own boundaries, becoming a colonizing people!

7. Why did God withhold the blessings He had promised for so long? Leviticus 26:1-18.

Even though these promises were made to Ephraim and Manasseh, their fulfillment did not come for many years—2,520 years to be exact, which was also prophesied in Leviticus 26. Mr. Armstrong explains how to understand this biblical prophecy in The United States and Britain in Prophecy, which is free upon request. In final analysis, though, Manasseh became the United States, the single-most powerful nation on Earth. Ephraim became Britain, which later became Great Britain, the most powerful, blessed company of nations the world has ever seen, as you saw prophesied in the scriptures above. They colonized the entire Earth—becoming the vast empire that we have seen in recent history!

Not only did our peoples have nothing to do with that rise to power, we couldn’t have stopped it! God withheld the blessings because of ancient Israel’s sins, but eventually the blessings were conferred on Abraham’s descendants: the United States and Britain, along with other Israelitish nations such as Australia. As Mr. Armstrong pointed out, “No story of fiction ever was so strange, so fascinating, so absorbing, so packed with interest and suspense, as this gripping story of our identity—and our ancestry.”

That is why and how the tiny island nation of Great Britain transformed into such a massive world power so suddenly. God orchestrated it. And history proves that God fulfilled His prophecies about it.

The history of the British Commonwealth and the United States stands as the most powerful testament of Bible prophecy imaginable—or as Mr. Flurry put it, the single greatest proof of the Bible.