What It Means to Be a Woman
What are the differences between men and women?
By Stephen Flurry • August 2008 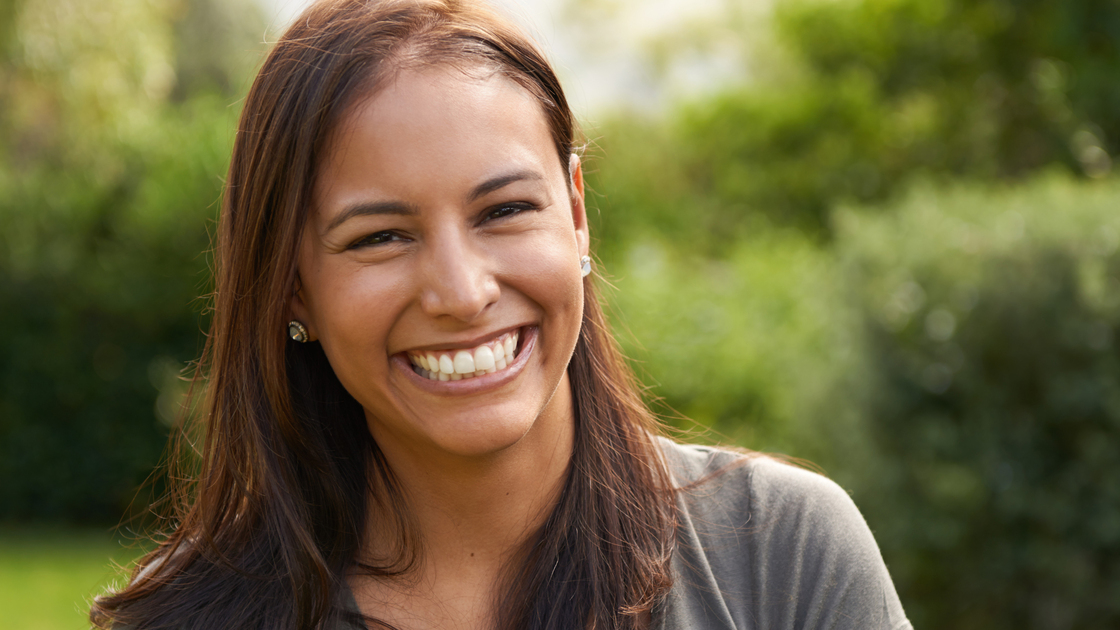 These questions are very basic and fundamental to each of our lives. Yet many are completely ignorant—confused! And they have no idea that they don’t know. Some actually say the only differences are differences people have made up. In fact, many colleges and now high schools are teaching that most gender characteristics are a matter of choice! That is absolutely false!

In families and in society, God expects men to fulfill a certain role—and women to fill an entirely different role. Knowing what those roles are and how to fulfill them with confidence is absolutely essential to anyone’s true education. It will mean the difference between happiness and frustration—in your friendships, in your career, in your home.

Being female has nothing to do with being inferior or second class. It has to do with functioning in a God-ordained role. From the beginning, God tells us that women, like men, were created in His image and likeness (Genesis 1:26-27). But while both sexes are equal in importance and potential, their roles are very different. That’s why men and women think and act differently—that’s why they look different (1 Peter 3:7). God created us that way! There is a reason He did that.

“It is not good that the man should be alone; I will make him an help meet for him” (Genesis 2:18). Man alone was not a complete creation. He needed help. So God gave him a helpmeet—one who would fulfill the opposite role—so that combined together the two might become one complete flesh (verse 24).

God has modeled the female role after the Church’s. As the Church is subject to the perfect rule of Christ, so should a wife subject herself to the loving rule of her husband.

That ought to be your aim in life—to find a strong, loving man, who fears God and follows Christ’s example—and then to determine to support that man for the rest of your life. With that in mind, let’s consider four feminine characteristics you ought to be developing now, in preparation for your future.

In Titus 2:5, the Apostle Paul admonished young women to be homemakers and to love their children. You cannot fulfill these responsibilities later in life without much education and training now!

Proverbs 31 provides you with an excellent list of core requirements for advanced training in womanhood. In verse 10, Solomon said a virtuous woman is worth far more than precious rubies. That’s because she is harder to find!

So what is it that makes this woman so precious? Many things. But look at verse 30 especially: “Favour is deceitful, and beauty is vain: but a woman that feareth the Lord, she shall be praised.” With this woman, God comes before all earthly things. Moffatt translates this verse even more plainly: “Charms may wane and beauty wither, keep your praise for a wife with brains.” The Proverbs 31 woman is smart. She has educated herself well.

Does that describe you? If not, consider the words of Herbert W. Armstrong, taken from his Autobiography: “Education comes from study—from books—from lectures—from contacts—from travel—from thinking about what you see and hear and read—and from experiences.” To become a Proverbs 31 woman, you need to honor your parents, travel whenever possible, study hard at school, read a lot in your spare time, become hospitable—a real joy to be around—and then learn to really think about and meditate on all that you see and learn.

Notice what else about the virtuous woman: “She girdeth her loins with strength, and strengtheneth her arms” (verse 17). She’s not trying to be a man—or do manly things. But this woman does not shy away from hard labor. Strength and honor are her clothing, it says in verse 25. She’s a picture of health.

Too many young women today mortgage away their future for a few years of teenage “fun.” Aside from the obvious damage this does to the girl’s chastity, it also takes its toll on her health. Beauty fades. (That’s why inner beauty is so much more important. We’ll see that later.) But all too often it fades faster than it should because of reckless living in early years.

Get your sleep. The Bible marks the beginning of each day at sunset—not midnight or sunrise, but when it gets dark. He designed it that way because to work profitably during the day, you need rest at night. When a girl says, “I’m not a morning person,” she’s likely admitting to staying up too late. You can break that bad habit. The next time the sun goes down, take that as your cue to begin preparing for the next day. Plan evening activities so you are careful not to be out too late.

If good health begets physical beauty, proper diet begets good health. By “diet,” I do not mean Jenny Craig or Weight Watchers. Proper diet means eating wholesome food—living food—food that would spoil if left out very long. Not the packaged food crammed with chemicals to give it shelf life that lasts longer than snow in Alaska. For good health, eat lots of fruits and vegetables, moderate amounts of meat and protein and small amounts of carbohydrates. Most Americans follow that principle in reverse. If you can buck the trend, expect to feel better and look better.

Here are a few other healthful tips you should follow: exercise regularly, drink plenty of water, get plenty of fresh air and learn to have a healthy mental attitude—in other words, be positive and happy!

The Proverbs 31 woman works! Verse 15 says she rises early (no doubt because she goes to bed early) because there is so much work to be done. She avoids “idleness,” it says in verse 27. That means she keeps busy—not with trivial, unimportant things—but by making quality goods and caring for her children. Read verses 12-16. She can make almost anything with her hands. She travels great distances to shop—not for trendy clothes, cds or junk food—but for goods her family needs. She even buys property so she can produce healthier food—and at a lower cost. This is a hard-working, industrious mom we are talking about!

Read verses 18-22 and you will notice something in stark contrast to the modern woman of today. The virtuous woman is more concerned about saving money than she is about making money.

Do you picture a woman like this having trouble finding a good man? Look at verse 23. Her husband is known throughout the city. He’s a leader—known among all the elders of the land. A man like this needs a Proverbs 31 woman—and vice versa.

In verse 24, we see the fruit of this woman’s labor. She sells some of her handiwork—providing a supplemental income for the family. Yet she is able to work out of the home so that her children are not neglected. Oh, and her children? They rise up each day blessing and praising her (verse 28).

You can see why a woman like this is so valuable in God’s eyes. She has learned well the lesson that sacrificing family for the sake of career is not only selfish, it harms society. Her career revolves around her husband and family.

Like Solomon and the Apostle Paul, Peter also offers much instruction on the example young women ought to emulate. In 1 Peter 3:1, he admonishes wives to be in subjection to their husbands—to let their husbands rule the house like Christ rules the Church. He then goes on to describe conduct of a virtuous woman: “Whose adorning let it not be that outward adorning of plaiting the hair, and of wearing of gold, or of putting on of apparel; But let it be the hidden man of the heart, in that which is not corruptible, even the ornament of a meek and quiet spirit, which is in the sight of God of great price” (verses 3-4). Here Peter describes a woman who is more concerned about adorning her character than she is her outward appearance. That doesn’t mean she looks sloppy. It just means her outward beauty is a reflection of what’s on the inside.

True femininity is an attitude. It’s learning the art of service and sacrifice, without expecting anything in return. It’s having a gentle and peaceable spirit. It’s about seeing your role as a female the way God sees it. It’s about placing top priority on your husband’s success and your children’s happiness.

What a career that is. As Alexis de Tocqueville wrote in Democracy in America, nowhere does a woman enjoy a higher station in life than that of helpmeet and mother.

Sidebar: Qualities of a Real Woman