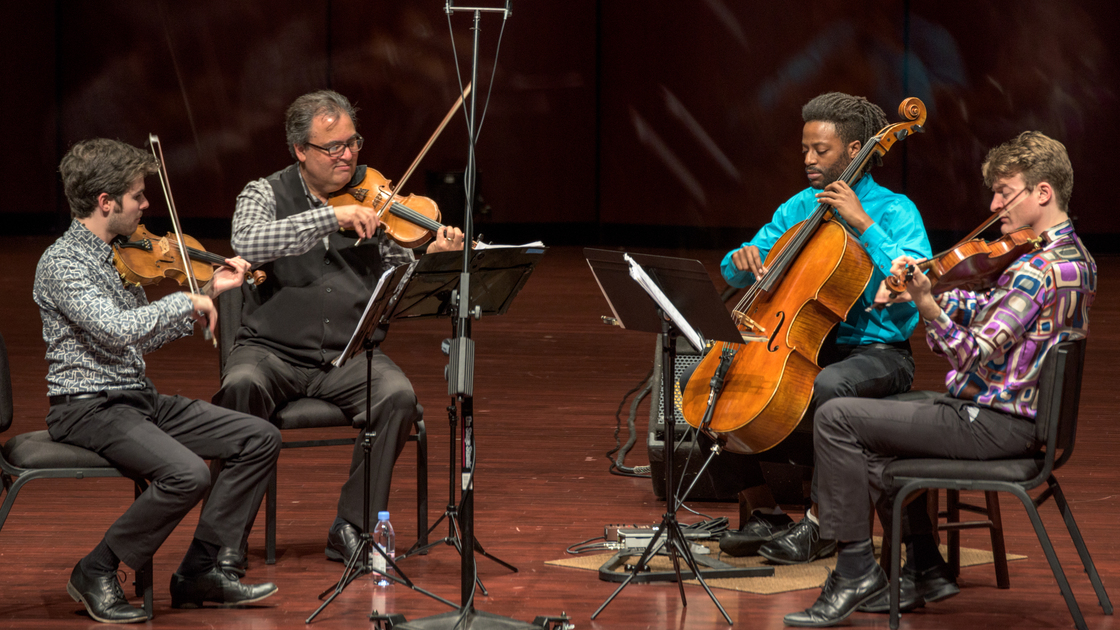 EDMOND—Three hundred eighty-six concertgoers watched the Turtle Island Quartet jazz performance in Armstrong Auditorium on December 1. This was the third event of Armstrong International Cultural Foundation’s 18th concert series. The Grammy-award winning quartet is known for mixing the traditional string quartet form with the American music styles of jazz and blues, defining what is known as chamber jazz, for 30 years. In the quartet’s program at the auditorium, “A Love Supreme,” they paid homage to jazz musician and composer John Coltrane with unique arrangements of his work, as well as compositions of their own. The foundation’s concert series continues on January 12, when pipa virtuoso Wu Man and the Shanghai String Quartet bring the sounds of China to Armstrong Auditorium.