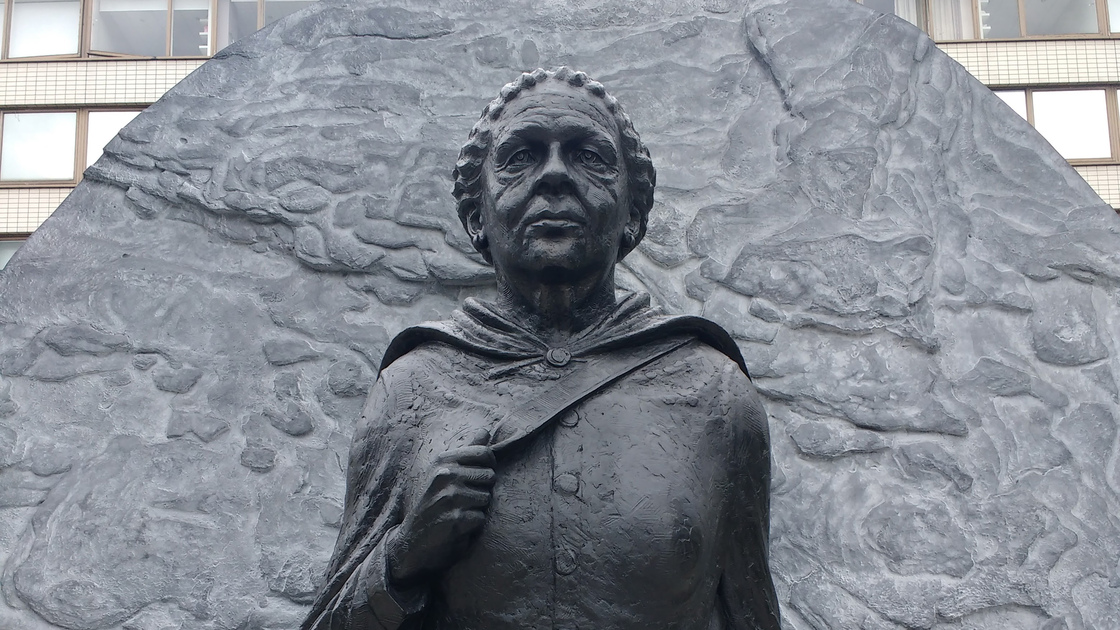 About 3 million people a year contract the water-borne disease cholera, and about 90,000 die. Yet that is just a tiny fraction of the number who lost their lives to this vile disease in previous centuries.

In October of 1853, war broke out between the British, French, Russians and Ottomans. This became known as the Crimean War, and continued for three years. There were about 250,000 casualties on each side, mostly from disease. Many of the British soldiers came down with cholera, a gastrointestinal disease that caused so much vomiting and diarrhea that many died from the loss of fluid in just hours.

Enter Mary Seacole. She was born in Kingston, Jamaica. Her father was a Scottish soldier, and her mother was a native Jamaican. When she heard of the appalling conditions the soldiers were going through, she signed up as an army nurse, but she was rejected by the War Office for passage to Crimea as a part of Florence Nightingale’s team of nurses.

But she saw a need: She had been in Panama during a previous cholera epidemic and had seen the horrible disease firsthand. She had been taught herbal remedies by her mother, who ran a boarding house. They had helped many ill people at the boarding house. Instead of giving up, Seacole traveled to Crimea at her own expense.

When she arrived, Seacole established the British Hotel, which served food and functioned as a soldiers’ general store. It was not a grand building since it was made out of salvaged materials, but it served its purpose. She also treated her patients there. Using her own money, she supplied the hotel with hot drinks and food.

Seacole wrote that she would wake up at daybreak or earlier. She prepared food and medicine as well as cleaned the hotel until 7 a.m., when officers would come in for breakfast. Her sick patients would show up around 9:30. They streamed in many at a time, and she wouldn’t get through treating them until the afternoon.

Seacole frequently visited the battlefronts to tend to wounded soldiers. After the assault of Redan, a quarter of the British soldiers were either injured or dying. She brought medical remedies as well as food and wine to comfort the soldiers. Another time, at the Battle of Chernaya, she even tended to the wounded enemy soldiers.

There were times when, even while the fighting was still going on, Seacole continued to care for the wounded and comfort the dying.

Lady Alicia Blackwood wrote about Mary Seacole: “She had, during the time of battle, and in the time of fearful distress, personally spared no pains and no exertion to visit the field of woe, and minister with her own hands such things as she could comfort, or alleviate the sufferings of those around her; freely giving to such as could not pay, and to many whose eyes were closing in death, from whom payment could never be expected.”

Seacole wanted to serve as a nurse. She knew that help was needed, and she did not neglect that dire need. Neither did she let rejection get to her when she was not allowed to join Nightingale’s group of nurses. She had nursing experience and resources that she could use on her own initiative, giving her the opportunity to help many soldiers.

If you see the need to help someone, help! Serving someone takes sacrifice and humility. You have to have the right mind-set when serving.

Seacole sacrificed a lot of money to serve as a nurse and a sutler (someone who follows an army and sells provisions to the soldiers). As a sutler, she had to purchase food and medicine as well as supplies to sell to troops. After she returned to England, she tried to set up a similar business, but it failed, and she became bankrupt because of all the money she had spent during the Crimean War. We can’t think we won’t have to sacrifice something when we serve, whether it is time or money. True service requires sacrifice, whether it is recognized or not.

After writing about her experiences in her autobiography, Seacole was recognized for her service, and her book became a bestseller. She was able to live the rest of her life in comfort on the royalties from the book.

Another lesson Seacole teaches us is not to expect to be repaid by those we serve. We need to have humility when we serve and do it without thought for ourselves. While Seacole did charge soldiers for food and supplies, she didn’t hesitate to assist a dying soldier who needed comfort, even though she knew that he would not be able to repay her. Expecting payment from someone you help is the wrong attitude to have. It is a selfish and greedy attitude, which is not true service.

There are many places where we as teens can help out others—at home, in the neighborhood, or in your congregation. Offer your help to others, even if they do not accept it. If you see someone in need of assistance, such as an elderly neighbor who needs his or her lawn cared for or somebody who is unable to get around easily but has pets that need care, offer to help. If they don’t accept the offer, then at least they will know that you are willing to help.

You can serve at home by helping around the house continually. Why wait until your mother asks you to sweep the floor if you noticed it needed to be swept earlier? Simple tasks such as helping with dinner or taking out the trash can have a positive impact in your home.

There are many opportunities to serve in your congregation as well. You can help with setting up and taking down chairs for the service, setting the tables for potluck, and plating food for children and the elderly.

In Philippians 2:3, it says, “Let nothing be done through strife or vainglory; but in lowliness of mind let each esteem other better than themselves.” Be willing to help whenever and wherever you can, and have an attitude of humility when you serve no matter how difficult the circumstances are, just like Mary Seacole.