Unmasking the Origins of Halloween
This holiday—its decorations, costumes and fun—has a dark side that should make us want to stop going all out for Halloween.
By Dennis Leap • Oct. 31, 2013 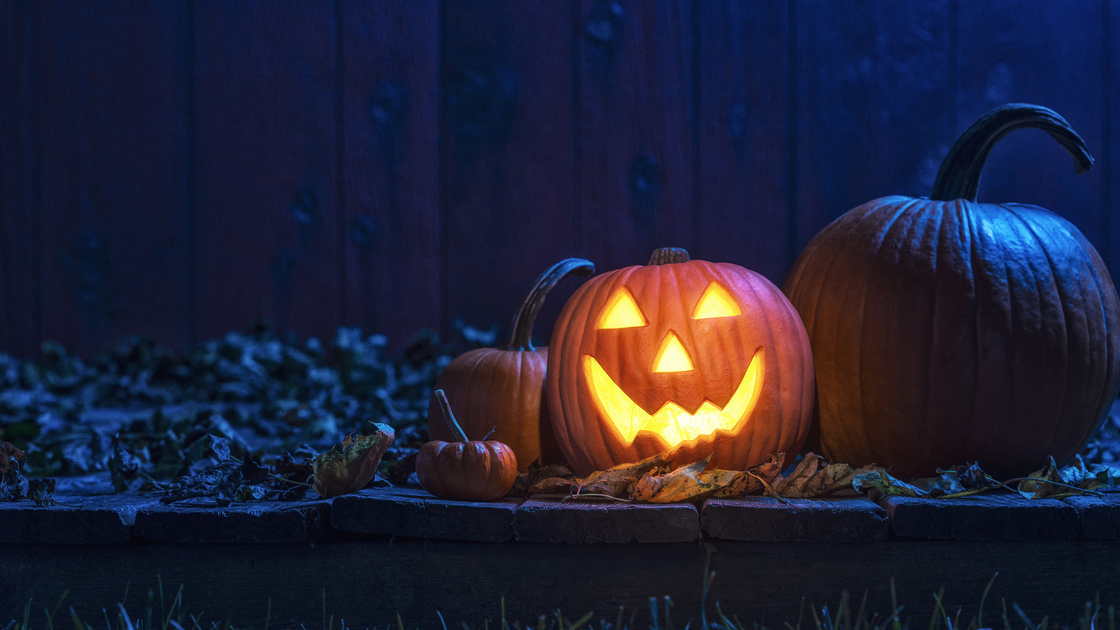 A lot of people—kids and adults alike—go all out for Halloween, especially in the United States. The majority of adults enjoy decorating their homes; dressing in creepy, ghoulish and macabre costumes; attending parties; and hearing little children shout, “Trick or treat” to get tons of candy. This year, 175 million Americans are planning to partake in Halloween festivities. Total spending is expected to reach a whopping $9 billion.

The trouble with Halloween is that in the midst of all the mania, few pause to consider why they are celebrating such a strange holiday. For the vast majority of people, little to no time is spent searching out the meaning and purpose behind the customs of the day. While a small number may search out the origins of this religious festival, the vast majority of celebrants, when confronted with the truth, shrug it off and say, “Come on. This is just harmless fun.” With a costly $9 billion price tag, it is time to unmask the origins of Halloween. This holiday—its decorations, costumes and fun—has a dark side that, once known, should lead us to stop celebrating Halloween.

Some claim Halloween is an early Christian festival. However, Jesus Christ, the apostles and early members of the Church never observed this festival. The pagan roots of Halloween run deep. Many ancient customs, similar to Halloween customs today, were kept long before Christ was born. The ancient Babylonians, Celtic Druids in Britain (which includes Ireland, England, Scotland and Wales), the Egyptians, pagan Romans and Greeks, pre-Spanish Mexicans and other cultures kept a Halloween-type festival.

Historians believe that most modern Halloween customs come from the Celtic peoples of Europe and Britain. The Celts divided the year into two seasons—the light and the dark. The season of light was marshaled in with a festival called Beltane on May 1. The dark season began with a festival called Samhain (sounds like sah-wen). Samhain was celebrated after sunset on October 31 and was considered the more important of the two festivals. Samhain literally means “summer’s end.”

Not only was Samhain celebrated at the end of autumn, the Celts considered November 1 the beginning of a new year, making Samhain also a New Year’s Eve festival. Celts began their days at sunset, so they also believed that a new year began at the beginning of the darkest part of the year. Like their Greek counterparts, the Celts believed that a two-headed god (like Janus) ruled over the festival. One face looked to the past in commemoration of those who had died the previous year; the other face looked forward attempting to pierce the veil hiding what was coming in the future.

As a feast of the dead, the Celts believed that the dead could return to the land of the living one night of the year—on Samhain! In Ireland, burial mounds were opened and bonfires lit so the dead could find their way back home. Extra places were set at tables and food set out for any that had died that year.

It was also believed that all kinds of evil spirits, fairies and ghosts rose up from the underworld on this night to possess the bodies of the living. People feared the fury of demons and witches. To scare off the evil spirits, the Celts would dress in grotesque costumes and parade through villages. Foodstuffs were placed outside homes to essentially “pay off” evil spirits so they would leave the living alone. Any of this sound familiar?

The popularity of this festival was so pervasive throughout Europe that Constantine’s universal church could not stop all the celebration. It was Constantine’s strict policy to convert all the people of Europe to the new state religion—Catholicism. The warrior king believed Europe was best united under one religion. After centuries of bloodshed against the pagans, Samhain and other pagan festivals were Christianized as a means to bring pagans into the Catholic fold. A religious festival in commemoration of Mary and all dead saints—All Saints’ Day—was moved to November 1 to replace the celebration of Samhain. In a.d. 834, the church celebrated All Hollow’s Eve for the first time on the evening before All Saints’ Day, corresponding to the beginning of Samhain—October 31. It is from the Roman Catholic festival All Hollow’s Eve that we get the modern name Halloween.

Since the Roman Catholic fathers could not eliminate the pagan customs of Samhain, they decided to blend and incorporate many of them into the new government-supported Christian faith. All Hollow’s Eve is still a festival of the dead. Even though Catholic leaders attempted to put a holy face on the day by having people pray for the dead, the custom does not make the evening Christian. In fact, praying for the dead is a direct violation of Scripture. (Study Deuteronomy 18:10-12.) Worshiping, communicating with, and praying for the dead are considered an abomination to God. Using mediums and attending séances fall into the same category.

If we are totally honest with ourselves, it is easy to see that Halloween and all of its associated customs are thoroughly pagan. The celebration honors the god of this world—Satan the devil (2 Corinthians 4:4).

People still dress in weird and frightening costumes. Consider: Some of the most popular costumes for adolescents and teens are werewolves, vampires and zombies. What are people thinking? Even home decorations feature satanic themes of darkness, death and misery. The colors black, orange and red—regarded as essential for Halloween home decorating—are considered Satan’s colors. Spiders and spider webs are featured in Halloween decorating. Did you know that the spider is considered one of Satan’s followers? Witches are given place of honor in many homes during Halloween. Yet the Bible says, “Thou shalt not suffer a witch to live” (Exodus 22:18). In God’s eyes there is nothing funny about witches.

Halloween is one of the most overtly pagan festivals this world keeps. If we truly love God, we should stay completely away from it. Take the time to study in detail Deuteronomy 12:29-31. God considers Halloween to be an abomination—He hates it. What about you?