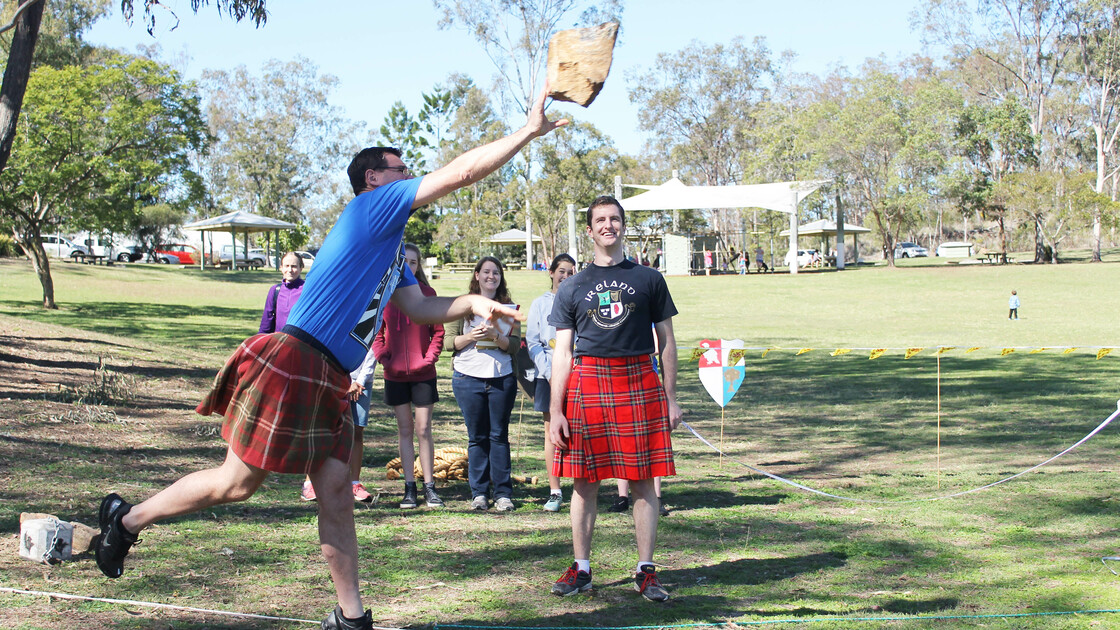 AUSTRALIA—The kilts were on and the bagpipes were out on August 7, as about 80 members of the Brisbane congregation of the Philadelphia Church of God held their inaugural Highland Games family day barbecue at the Wivenhoe Dam near Brisbane.

The men competed in challenging Scottish events of strength and skill. The activities included an open-stone, braemar-stone and weight-for-distance throws. The kilted men were cheered on by friends and family as they tried various and sometimes unconventional styles of launching stones and weights through the air.

“I found the games more challenging than expected,” member Shane Smithies said. “I enjoyed the encouragement from the fellow competitors.”

Smithies was also the winner of the longest-beard competition.

After a barbecue lunch, the young boys tried their hand at the rock-throw event as well as the caber toss. After that, a close game of tug-of-war was held for bonus points. Local youth Nicholas Constantine clinched first place.

“I liked the pole flip because it was more challenging and required more skill to do,” Nicholas said.

Before the grand finale, the men’s caber toss, it was deemed appropriate that the ladies might be included in the event as a token gesture. Local member Anne Hudson represented the ladies in an open-stone event.

“We just threw in a light bit of entertainment, and threw a not-so-hefty pink and diamond-studded rock for a bit of fun,” Mrs. Hudson said.

Then came the event that pitted the men against a series of heavy logs: the caber toss. Each man was required to lift and flip a caber in mid-air. Member Colin Morris claimed first place overall.

“I really like to push myself and enjoy the games,” member Mark Constantine said. “The camaraderie and getting together with brethren is what I always look forward to.”