Does Satan Exist?
Is the belief in a devil an attempt by superstitious men to explain the presence of evil in this world?
By David A. Vejil • Oct. 7, 2013 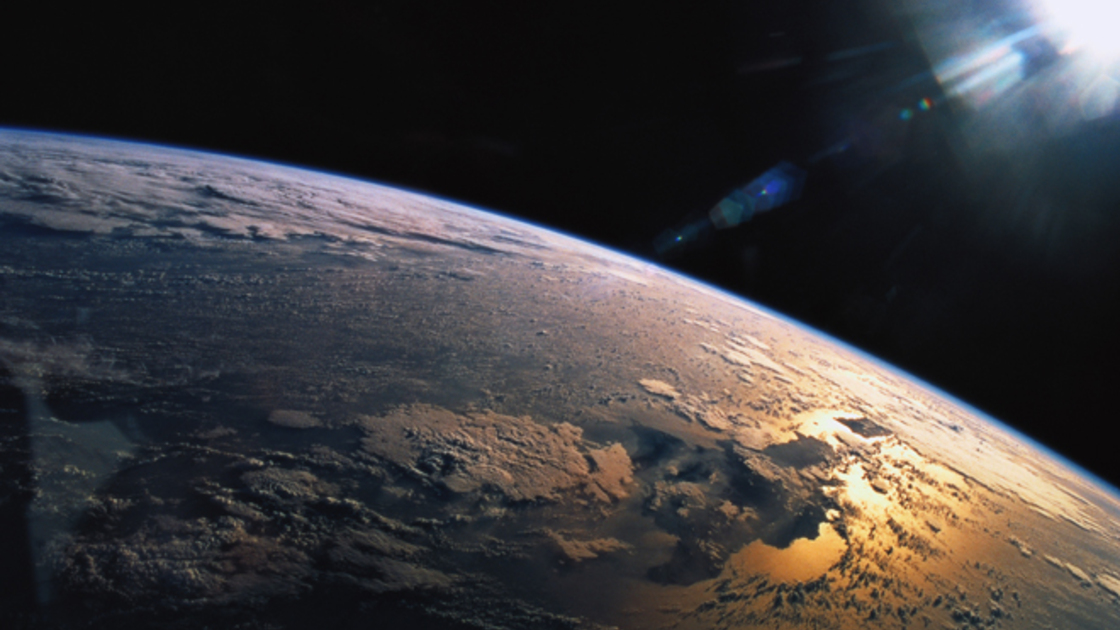 Does Satan exist? Or is the belief in a devil an attempt by superstitious men to explain the presence of evil in this world? It’s undeniable that a lot of evil goes on in the world— wars, slavery and corruption to name just a few. If Satan is behind it, what exactly is he? Some say he is a fallen angel, others say he is a shapeless, malevolent force and many think he’s merely a myth.

The Bible admits the existence of a devil and that the devil is a being that can influence people. “Be sober, be vigilant; because your adversary the devil, as a roaring lion, walketh about, seeking whom he may devour,” the Apostle Peter warns us (1 Peter 5:8).

This evil being is named Satan and has a powerful, worldwide influence: “And the great dragon was cast out, that old serpent, called the Devil, and Satan, which deceiveth the whole world …” (Revelation 12:9).

That’s powerful indeed, to be able to deceive the whole world! How does he do this?

The Bible declares Satan is the “prince of the power of the air” (Ephesians 2:2) “Among whom also we all had our conversation in times past in the lusts of our flesh, fulfilling the desires of the flesh and of the mind; and were by nature the children of wrath, even as others” (verse 3).

Satan—Prince of the Power of the Air!

This great and powerful being, even though evil, has power literally to surcharge the air around this Earth. He broadcasts!

Wherever you are as you read these words, chances are there are voices and perhaps music in the air around you. A radio or tv set tuned to the right wavelength would make them audible and visible to you.

In a word, the selfishness, hostility, deceitfulness, wickedness, rebellion, etc. that we call “human nature” is actually Satan’s nature. It is Satan’s attitude. And broadcasting it, surcharging the air with it, Satan actually now works in the unsuspecting all over the world today! That is how Satan deceives the whole world today

Human beings are influenced by Satan from birth, and though we don’t start out with this “human” nature we absorb the selfish, self-centered attitude broadcast by Satan. When you look at the world and its evils, you’re looking at a world of men and women who are swayed and deceived through Satan’s broadcast.

No doubt this raises many questions and it should. Whenever Satan is discussed, questions about good, evil, suffering and hell follow. These are all big subjects (read our free book Mystery of the Ages to get in-depth answers), but for the sake of this post, the most important question to deal with is Did God create Satan? How could a loving God create something so evil?

Once again, the Bible explains and gives all the necessary history of Satan for us to understand.

The Bible reveals God created angels and they inhabited the Earth long before Adam and Eve were created. Job 38:4-7 records the angels shouted for joy when the Earth was created. These angels had minds able to reason and make choices.

Ezekiel describes a great archangel of awesome, majestic beauty, dazzling brightness and supreme knowledge—perfect as originally created by God. Ezekiel tells us this archangel was given charge over the Earth and the angels on Earth: “Thou sealest up the sum, full of wisdom, and perfect in beauty. Thou hast been in Eden the garden of God …. Thou art the anointed cherub that coverth; and I have set thee so; thou wast upon the holy mountain of God; thou hast walked up and down in the midst of the stones of fire” (Ezekiel 28:12-14). Isaiah called this angel Heylel (meaning Light Bringer) in Hebrew—Lucifer in Latin.

Exodus 25 explains the meaning of “the anointed cherub that covers.” In God’s instructions to Moses on how to pattern the ark of the covenant, the top of the chest was a mercy seat, depicting the very throne of God in heaven. There were two cherubs stationed at the mercy seat, one on each side with their wings covering the likeness of God’s throne. This symbolizes that these superior angels were involved in the administration of the government of God over all creation. Lucifer was stationed at that throne of God trained to rule, and then placed by God in charge of the angels on Earth at the Garden of Eden.

But something happened to Lucifer and those angels.

The Bible says the angels who were placed on Earth sinned (2 Peter 2:4). Sin is the transgression of God’s law (1 John 3:4), which shows the way of peace, cooperation and love. What brought about this sin? That can be found in Isaiah 14 and Ezekiel 28.

“Thou wast perfect in thy ways from the day that thou wast created, till iniquity was found in thee” (Ezekiel 28:15). Lucifer was perfect until he allowed wrong thoughts contrary to God’s law into his mind. His mind was filled with vanity, jealousy, envy, lust, competition and greed. He became perverted and twisted as his thinking became totally warped!

Lucifer was no longer satisfied with ruling just Earth—he wanted to rule the entire universe like God. He said, “I will ascend into heaven, I will exalt my throne above the stars of God” (Isaiah 14:13). He was the first rebel, and turned the angels under his authority into traitors as well, injecting feelings of resentment and bitterness into their minds.

He then led those angels into outright rebellion trying to overthrow God from His throne. God changed Lucifer’s name to what he became: an adversary. God calls him Satan the Devil; Satan means adversary. Then Satan and his followers, now called demons, were cast back down to Earth: “How art thou fallen from heaven, O Lucifer, son of the morning! how art thou cut down to the ground …” (Isaiah 14:12). Jesus Christ said, “I beheld Satan as lightning fall from heaven” (Luke 10:18).

Satan does indeed exist and still rules the Earth, over which God gave him authority. Paul calls him “the god of this world” (2 Corinthians 4:4), but his days in that role are numbered.

God did not create a devil but a beautiful, perfect super-angel. Yet Lucifer allowed all that beauty and perfection to fill him with vanity—with self glory. Envious of God’s power, he resented God’s authority over him and rebelled. He became the adversary, Satan.

For a more in-depth understanding of Satan request our free book Mystery of the Ages.