PCG members: In addition to PCG Signposts, sign-up for the members-only Friday Philadelphian weekly email newsletter! Click here or email news@pcog.org ✖
What Now?
Journal-like entries outlining the course of my life before, during and after Herbert W. Armstrong College
By Daniel R. Arnfield • Sep. 27, 2016 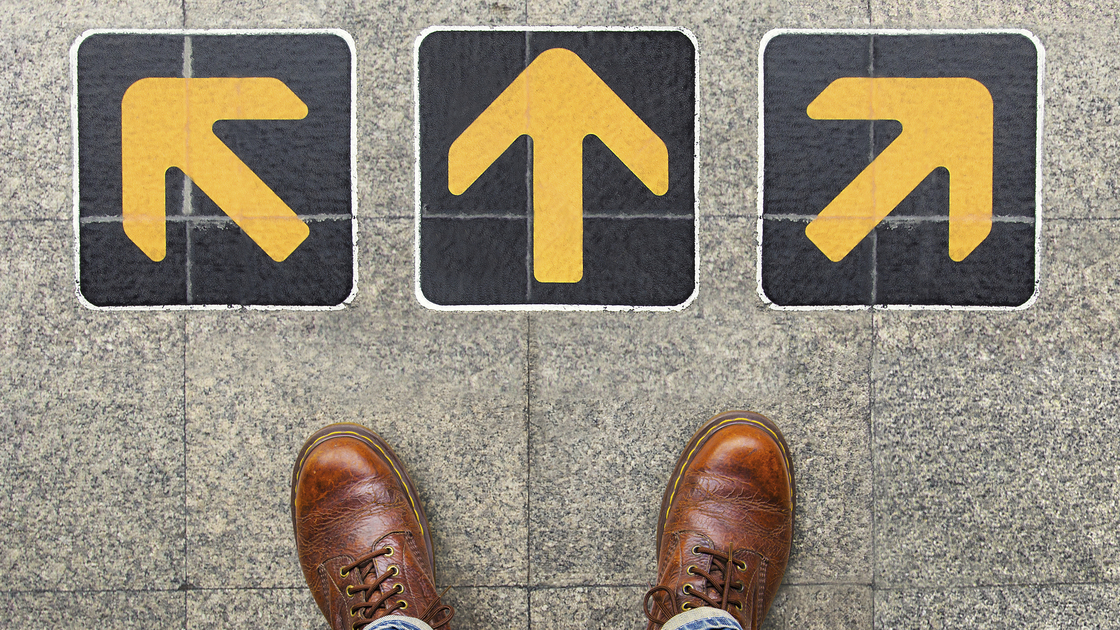 I have no idea what to do with my life.

May 2008: I’ve just graduated from university. Four years of college-level math and physics under my belt. It was fun, but I’m kind of burnt out on school now. That’s OK, though—I’m done, and I have my degree. So what do I do with it? There aren’t a whole lot of entry-level jobs in mathematics or physics. Well, maybe I should just stay in school; these subjects aren’t really useful until you have at least a master’s degree.

Now I’m going to graduate school. This is a different university, one that’s a lot more liberal than the last one. I hear people mocking God and religion here, even in lectures. I’m not comfortable here. I don’t think I could spend six or eight more years working on another degree in this environment.

January 2009: OK, graduate school is not an option. Time to try to look for a job. Hmm, there’s not a whole lot around here that I’m qualified for. Maybe I should lower my expectations. Or … maybe I could go back to school for something with more career potential. Yeah, that’s it! I only took math and physics because I liked it. I should have been thinking about my future prospects. I liked that one programming class I took, and there are lots of jobs in programming. I’ll look at pursuing a computer science degree.

April 2009: Wait, what’s this? Armstrong College? I guess I’ve never thought about it before. I’ve heard a lot of good things about it, but I just don’t know if it’s for me. My parents are really encouraging me to apply and see what happens, though, so I suppose I will. If I don’t get accepted, I can always go back to that computer science degree.

January 2010: Huh, I’ve been accepted to AC. I’m still not sure about this, but I’m going to keep an open mind and give it a fair shot.

August 2010: I’ve just arrived at college. I don’t really know what to do. I’ve never been away from home before. I don’t have a key-card yet, so I probably should stay put for now until I can find someone to show me around … or someone could find me first. This guy is great; I don’t even know him, and he’s taking all this time to show me around and introduce me to people. Maybe this place is going to be OK after all.

September 2010: I’ve been here for a few weeks now. This is so strange. I was never attached to any of my other schools; I just attended classes and went home. But this place is growing on me. It’s so great to be around so many people who believe the same things as me. I don’t have to be on guard with them. I’m actually starting to make friends. I’ve never really had close friends.

February 2011: It’s starting to get harder now. I’m so tired all the time. I wonder if it has anything to do with all of those late nights watching movies. OK, now they’re telling me that it is because of all of those late nights watching movies, and that I should stop that. You’d think that four years of higher math would have made me smarter than this.

July 2011: Sophomore year is almost here. This year is going to be different! No more late nights or wasting time. I’m going to plan out my entire schedule and get all of my assignments done ahead of time, and it’s going to be great!

October 2011: OK, well, that didn’t work. There’s too much I have to do and not enough time! I seem to always be writing my papers the night before they’re due. I suppose I would have had more time if I didn’t have choir rehearsal, but I love singing now. Couldn’t give that up. And that outreach to the field congregation last week, there’s no way I’d miss the opportunity to meet those brethren. And the nights I stayed up to talk with my best friend … why does the middle of the night always seem to be the best time for a heart to heart? Yeah, I guess I brought this on myself. But it was worth it.

January 2012: Sophomore year has been rough, but it’s almost done. Now I’ve got to fill out this application for the four-year program. All the form has is this big space for me to explain why I want to continue. How do I explain that well enough? I can’t stop now—I feel like I finally just started figuring out how to do things right here.

September 2012: Junior year is very different from the first two. The classes tie together so much more now. Papers are easier to write and scriptures are easier to memorize now that I’ve had so much practice. At the same time, studying takes more time and focus because the material is so much deeper. I’ll spend days thinking about a speech or weeks thinking about a paper before I write anything. The schedule isn’t quite as demanding as the underclassman years, so I’ve got a lot more time to meditate on everything.

June 2013: I’m in Jerusalem for the dig! This is the most amazing experience of my life. Meeting Dr. Mazar, learning Hebrew, getting to know the Jews … what could top this? And I’m really getting to know the group that was sent over. We do pretty much everything together. I’ll be sad when we have to leave.

November 2013: Senior year. Wow, I’m tired. All those late nights the first couple of years are catching up with me. Now that graduation is on the horizon, I’m starting to make plans for after college. I hope that I get hired on, but in case I don’t, I’m looking for jobs in programming. Seems like I didn’t need that computer science degree after all—I was able to get all the experience I needed right here.

May 2014: I was hired! And I found someone to rent from, so that’s taken care of. Graduation is coming up, and most of my friends are getting ready to head out. It’s going to be hard to see them go.

June 2015: I’ve been working full-time for a year now. Looking back on my time at AC and university before that, I can see what I really learned from both experiences. In university, I learned a lot of math and physics. Though I’m sure I could bring it back if I studied again, I’ve forgotten most of it. At AC, I memorized a lot of scriptures and learned a lot of history, geopolitics, doctrine and Bible prophecy. I’ve forgotten many of the details of those subjects as well, but I have kept a few things in my memory: a greater understanding of doctrine and the Bible as a whole; how history proves prophecy; how to write not just papers but also articles and speeches; how to speak in public; how to develop proper prayer and study habits; how to live on my own; how to make friends. And those are only the things that come to mind immediately.

Armstrong College isn’t about spending four years studying the Bible, although you certainly do that. It’s not about getting baptized, though I did that, too. It’s definitely not about getting a career, even though mine came straight from the experience I received there. AC is about learning all the things that many people never learn, so much more quickly than most people learn them. It is about learning how to be a person who will be successful at life, and it’s done so well that you don’t even realize what you’re learning until you’re already a new and better person.

At the beginning of this road, I didn’t know what I wanted to do with my life. Armstrong College answered the question that I didn’t even know I needed to ask: who I wanted to be in life.

Who do you want to be?