Smile Through Trial
When times get tough, your response makes all the difference.
By Joel Hilliker • Sep. 20, 2016 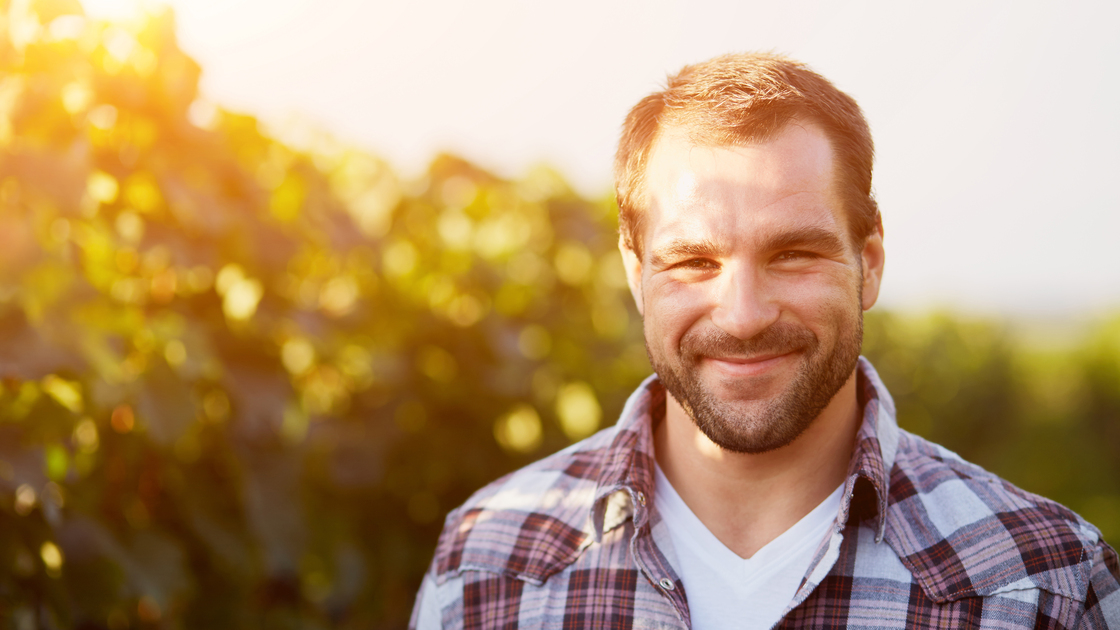 On the first spring day I had the chance, I went outside to my garden. I had decided to till it the old-fashioned way: with a shovel. I started off by sinking the bid of the shovel under a shrub I wanted to move. As my 12-year-old daughter, Ellie, and 8-year-old son watched, I pressed and pushed and leaned on the handle to pry that shrub out, until—CRACK! My shovel split in two!

“Oh no!” I said. This was a minor disaster! This was the shovel I was going to use all day. I considered going to buy a new one, but instead I opted to try and repair it. I went to the garage and began trying to mend the handle with a desperate combination of wood glue, duct tape and screws. My wife opened the door and came into the garage. I told her, “My shovel broke!” “I know,” she said. “Ellie said you were really mad.”

“Really mad”? I didn’t think I was really mad. But this little episode taught me something: Children are watching. When something bad happens, they watch! Those who look to you for leadership watch to see how you react. They wonder, How serious is this? Should we be worried? Is everything under control? And to answer those questions, they look at you.

People are looking to you. This means one thing when a shovel breaks. It means a lot more when a bone breaks, or an even more serious trial hits.

What happens when a serious trial strikes a family? Or an organization, or a military unit, or a congregation? These trials can be devastating—or they can be strengthening! They can make that group tighter, tougher, stronger, sturdier, better.

So much depends on the response of the leader.

In your life, when trial strikes—whether it’s a garden tool or a situation in your marriage or something that is affecting your whole family or something even beyond that—its effect on your followers depends largely on you.

So when you experience a trial, be of good cheer.

Tests and Trials Reveal Us

What happens when you apply heat to a man’s heart? Generally, that man either melts—or he shines. He wilts under the pressure—or he rises to new heights. He gets frustrated and loses his cool—or he demonstrates a strength of character.

We use the terms “test” and “trial” to describe times of difficulty for good reason! What happens when you take a test in a class? You find out what you really know about the subject. What happens when you participate in a trial for a sport’s team? You prove whether you have what it takes.

The principle is consistent across the board: Whether it is an accounting certification exam, a driving test or a racing qualifier—or whether it is a busted tool, a rancorous child or a cancerous disease, challenges reveal our hearts.

Challenges expose your level of character and conversion. They show how much of God is in you—and how much self: self-pity, self-righteousness and self-love.

Job’s experience shows us a prime example of what a trial can reveal. Initially, as the quality of life went from great to bad, he seemed to maintain a good attitude. Only when the trial grew more intense did he begin to utter statements like, “My righteousness I hold fast; I will not let it go” (Job 27:6). When the heat cranked up on this impressive and accomplished man, the dross rose to the surface of his heart.

Jesus Christ was also pushed to His limit. He experienced incomparably worse suffering. The heat of His trial cranked up beyond anything anyone has ever experienced. As it reached the temperature of a blast-furnace, touched the deepest part of His heart and exposed, what was His response? He said things like, “Not my will, but yours be done.” “Father, forgive them, for they know now what they do.” This trial exposed Christ’s heart to its core, and it shined like 100 percent pure gold!

Here is what Christ specifically said about trials and tests—right as He was entering the worst one ever experienced by a human being: “These things have I spoken unto you, that in me ye might have peace. In the world ye shall have tribulation: but be of good cheer; I have overcome the world” (John 16:33).

Christian men, students of biblical manhood, we shall have tribulation. We will have trials and tests. The question isn’t if, but how and when.

And here Christ gives us the key to acing these tests.

How You Will Respond?

Have you ever wondered how you would react in the face of a major trial? If you were called into your boss’s office and fired? If you discovered you have aggressive lymphoma? If you picked up the phone to hear that your wife has been paralyzed in a car accident? If suddenly, persecution for your religion intensified by several levels of magnitude?

How would you respond?

I can answer that question. You can answer it too. Just look at your reactions to the little things that went wrong this week. How you are responding to little tests gives you real insight into how you will respond to major trials.

If you react emotionally, faithlessly, when the frying pan heats up—then the same will happen when you drop into the fire. But if you react with spiritual faith and spiritual obedience, greater heat will only forge your heart into something stronger!

Remember that: Trials don’t just reveal your heart, they affect it. By showing you what you really know (and don’t know), a tough final exam helps strengthen, sharpen and clarify your mind on a subject. A stringent tryout for a team helps you push yourself to the limit and builds your strength. The heat of a crucible improves the molten gold by exposing the dross for removal. God ultimately used Job’s trial to skim off the dross, and his character became stronger. So when your trial reveals a flaw, it is not something to be depressed about; it is something to be thankful for and to use to your advantage.

Day after day, week after week, small trials pop up: the toaster breaks, your kid breaks a tooth, setbacks on a project push a deadline; the possibilities go on and on. As these arise, remember this extremely valuable truth: “He that is faithful in that which is least is faithful also in much” (Luke 16:10).

This is a tool to measure yourself: Check your response to the little test to see how you would do in a big one. But it is also a tool to help you grow! Every time something goes worse than expected, you have an opportunity to respond positively, to be of good cheer.

When that moment comes, don’t just grit your teeth, get through it and grumble about it afterward. That moment is presenting you with an opportunity more valuable than you probably realize: the opportunity to build resilience for a bigger trial down the road.

In How to Be an Overcomer, Gerald Flurry talks about this very thing. In a section with the heading “Morale in Warfare is Vitally Important,” he quotes Napoleon saying, “In war, the morale is to the physical as three is to one.” Fighting with high morale produces far more success. This is true of physical challenges in day-to-day life, and it is true in spiritual warfare.

A godly man is a happy warrior. His morale helps him win victories. The higher your morale, the feistier your fight! “Perhaps that high morale is the best sign that you are winning your battles,” Mr. Flurry wrote.

Then he wrote something that gets back to the effect that our response to adversity has on others: “We should all have high morale—and inspire that in others. Do you inspire others to have high morale, or do you drag them down?”

When something goes wrong, remember, your wife, your children, your brethren are watching. And your reaction affects their morale.

In order to lead others, we have to meet trials with resilience. When a leader wilts, he instills doubt into all those under him. We have to show ourselves faithful, confident, equipped and willing to handle the adversity. Then we will inspire others to fight on with high spirits!

Read the book of Philippians. The Apostle Paul wrote it from jail during a time of serious persecution in the Church. And yet, that letter is probably the most positive, cheerful and encouraging that Paul ever wrote!

“Courage is contagious,” said Billy Graham. “When a brave man takes a stand, the spines of others are often stiffened.”

Will You Stay Strong?

In the short while we have before Jesus Christ returns, we will face some difficult times. God needs us to be strong. He is using us as His tools to do His Work. Maybe He is using you as a shovel to pry a plant out of the ground. To get the job done, He has to apply pressure. Are you going to crack? Is He going to have to stop working to repair you? Or will you stay strong so He can use you to finish the job?

This really is a measure of how Christ-like we are—of how little self we have, and how much faith we have. The more faith-filled we are, the better equipped we are to handle adversity. As Ephesians 6:16 says, it is the shield of faith that enables us to quench all of Satan’s fiery darts.

“This is an issue that will be decided in your prayer closet,” Mr. Flurry wrote. “That is where you will get most of your power. … Are you close enough to Christ? Do you use your prayer closet enough—and powerfully enough—that you truly have high morale? Enough so that just your example helps others to have higher morale?”