Know Your Bible: World Peace Coming Soon
Our world is full of war and violence. Will we ever have peace?
By Wik Heerma • Sep. 13, 2016 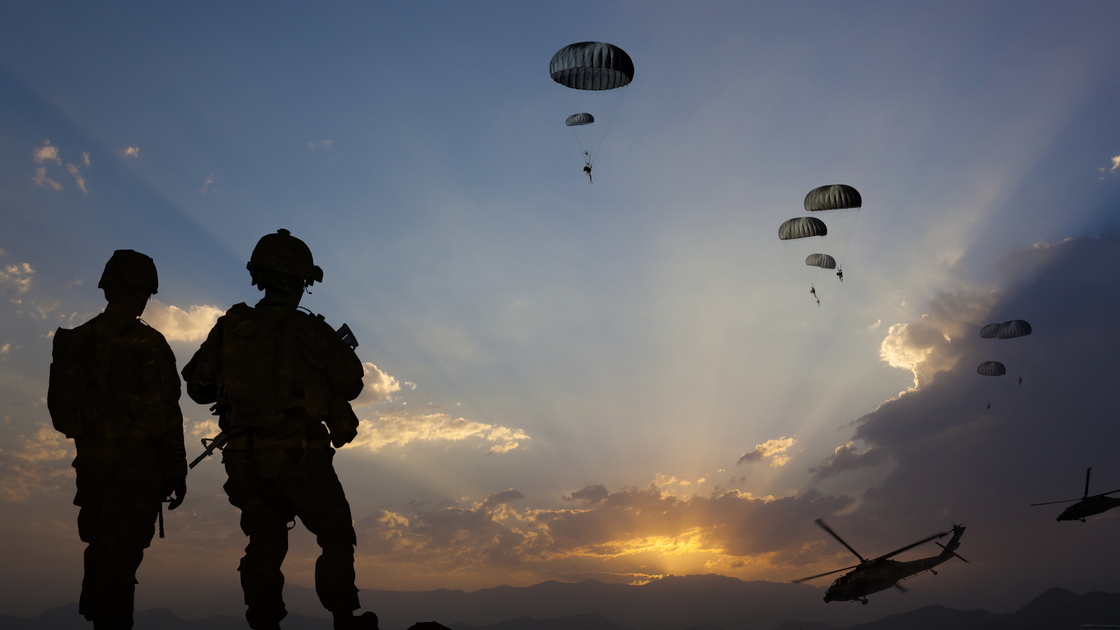 The world is at war. With the Iranian nuclear deal coming to fruition, the bloody advance of the Islamic State throughout the Middle East, and the almost daily terrorist attacks around the world, we see footage of war and violence on the news every day. There are many wars and significant armed conflicts taking place right now that directly or indirectly affect the lives of millions. On top of all this, there is violence, rampant corruption, greed and deceit within our cities.

Where is this way of life taking us? The number one question facing mankind today is that of human survival!

Are world government and universal peace utterly impossible? Are you doomed to live in a world torn apart by conflict?

You need to understand what the Bible says about this. While it does give some explicit detail of how bad things will get in this present evil world, it also tells of a future filled with hope—a future that will occur within your lifetime! Get your Bible and answer the questions in this study directly from the Scriptures to capture this vision of peace that is coming soon to the whole world.

More than 2,500 years ago, during the time of the great Chaldean empire (circa 625-538 b.c.), King Nebuchadnezzar had a startling dream. None of his magicians and astrologers could tell him what the dream was or explain it, but the dream and its meaning were both revealed to a young Jewish man named Daniel (Daniel 2). This dream revealed the outline of world events that would occur from Daniel’s time all the way to our present day—and just beyond.

These verses foretold the great empires that would rule the Earth from Daniel’s time all the way through to our time today. For instance, Nebuchadnezzar’s kingdom, represented by the golden head, was the Babylonian empire; he was replaced by the Medo-Persian empire. Moving all the way to the bottom of the statue, we see the feet with 10 toes of iron mixed with miry clay listed in verses 42-43; they represent the resurgence of the Holy Roman Empire that is forming in Europe today.

2. After this succession of world-ruling empires, what did the dream show would happen? Verses 44-45.

This final empire, which crushes everything that came before it, is actually the Kingdom of the great God! This brings a permanent end to man’s government on Earth.

3. God sent a very special messenger to Earth with important news for all humanity. Who was this messenger, and what was His message? Matthew 4:23.

Jesus Christ was a news reporter who brought advance news of what will happen in the immediate future. His message was big news—a sensational announcement of the most colossal future event ever to occur in human history. His message was the gospel, or good news, of a coming government—the Kingdom of God. This government will be a literal, world-ruling government to be established here on Earth.

Verse 21 talks about a restitution, or restoration, of all things. As we will see, the world was at peace at one time. Christ is looking forward to His return so He can restore that peace to the whole Earth!

In order to restore all things, Christ will return as King of kings. He will begin by restoring the government of God over the entire Earth.

The Cause of the World’s Problems

At one time, perhaps millions of years ago, the peace-producing government of God did exist on Earth. God had placed angels on this planet to administer that government and beautify the creation (see Job 38:4-7, where they are called “morning stars” and “sons of God”). But the angels failed at this job. The archangel Lucifer, whom God made ruler over these millions of angels assigned to Earth, rebelled against God (Isaiah 14:12; Ezekiel 28:14-15). God changed Lucifer’s name, which meant “light-bringer,” to Satan, meaning “adversary.”

2. Lucifer rebelled against his Creator. Did man do the same thing? Genesis 3:2-6.

Because of this rebellion, God gave humans the opportunity to create a society of their own—based not on His perfect law and government, but upon their own ideas, influenced by Satan and his lifestyle of hatred, competition, envy and war. That is the world we are part of today.

But God does not intend for this world to last long. He has given mankind 6,000 years to learn the bitter lesson that our ways, apart from God, do not work.

4. What signs did Jesus say would precede His Second Coming? Matthew 24:3-31. How bad will world conditions get just before His return? Verse 21. What would be the end result if this tribulation were to continue? Verse 22. Has there ever been a time like this before? Mark 13:19.

In fact, if Jesus Christ didn’t return, human life would be completely wiped off the planet! These verses show us how serious the threat of this nuclear age really is. Only in an age of nuclear, biological and chemical weapons has such destruction been possible.

We can thank God for sending Jesus Christ to stop this madness and prevent the annihilation of the human race!

1. Will mankind know about and witness the return of Jesus Christ? Matthew 24:30.

Here we see the greatest event in human history—the Second Coming of the Son of God. It will be an earthshaking event.

Christ will be escorted by a powerful army of millions of angels, as well as the saints—those people who received God’s Holy Spirit by repentance and baptism, and who have just been turned into spirit beings—members of the God Family!

Armies will fight Christ and the host of spirit beings that accompany Him at His return.

4. But will Christ defeat them by supernatural power? Zechariah 14:12.

Many of Earth’s inhabitants will refuse to yield to Christ’s authority, perhaps thinking He is an enemy alien. They will be angry at Christ and attempt to fight Him. He will have to subdue the world with a “rod of iron” (Revelation 2:27; 19:15) and, at least at first, force humanity to submit to God’s rule. The nations will finally come to learn through experience that the returned Christ is a loving ruler and that His righteous rule leads to peace, happiness and prosperity.

1. What is one of the major events that will take place after Christ returns? Revelation 20:1-3.

Satan will be cast into a bottomless pit and bound with a great chain by a mighty angel. After he has been held in captivity for 1,000 years, he will be released for “a little season.”

2. Is Satan responsible for influencing mankind to sin? Ephesians 2:2; Revelation 12:9.

When the source of all evil is no longer around, broadcasting constantly, the results of his influence will gradually subside.

With mankind having proven for 6,000 years that he cannot rule himself, God will only put spirit beings—born sons of God—in positions of authority in the Kingdom of God. Herbert W. Armstrong gave many details about which of the great biblical figures might fill what governmental positions in Chapter 7 of Mystery of the Ages.

5. Will this change of government even affect the animal realm? Isaiah 11:6-8. Will this peace spread throughout the Earth? Verse 9.

All mankind will learn a new way of life—God’s way of outgoing concern for others, the way of give. That way of life will be based upon every man, woman and child living by God’s spiritual law, the Ten Commandments. The resulting blessings of living that way of life are listed in Deuteronomy 28:1-14.

What a contrast that world will be to the wretched misery of the world we live in today! If you read and study the remaining verses of Deuteronomy 28, you will see a very apt description of the world around you.

The Bible describes this wonderful world to come as being so near. Soon, a utopia of peace, abundance and happiness will be here for all mankind. To learn more about that world, request our free booklet: The Wonderful World Tomorrow—What It Will Be Like.