One Step
Which direction will your next step take you?
By Joel Hilliker • Aug. 31, 2016 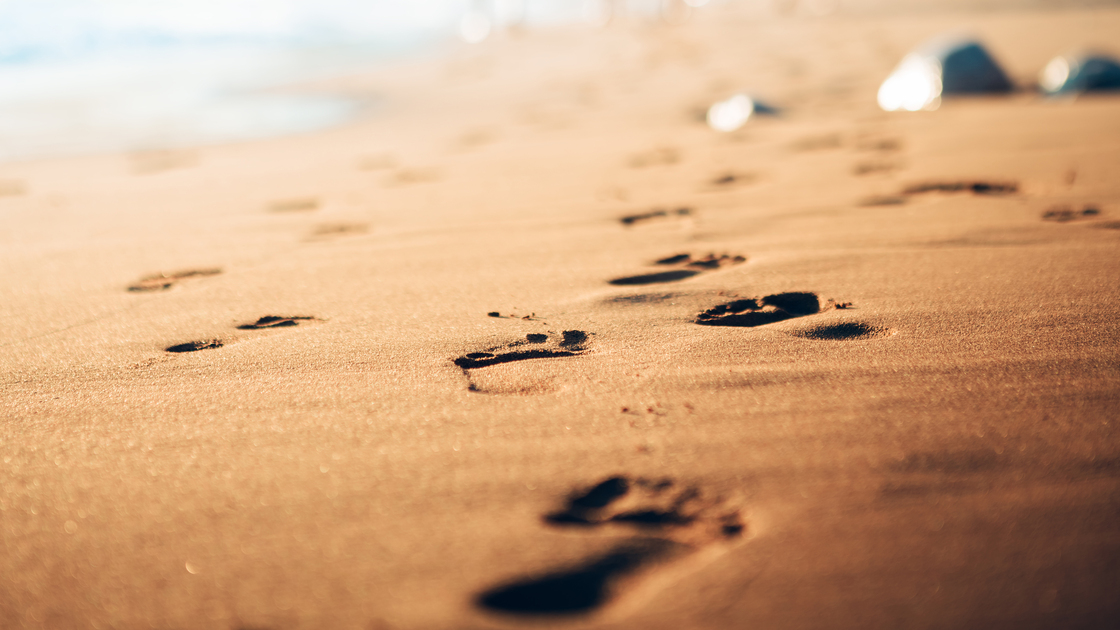 Life is a journey of millions of small steps. We choose the steps we take, and those steps lead to either good or ill. But the steps are so small, and so frequent, so numerous, usually we are careless about the step we are taking. It’s no big deal, we reason. Just one little decision. Just one step.

But how life-changing a single step can be! Every step points in a direction. One step leads to more steps. It leads away from other steps. It can put you on a different path. It can determine failure or success. It can mean life or death.

Both sin and righteousness start with one step.

Lucifer’s attempt to dethrone God started with one step. His sin began when he momentarily harbored an attitude of self-love. Then he allowed vanity to lead to self-righteousness, to a sense of entitlement, to resentment, to bitterness, to hostility—step by step down a dark path. Then he spread his attitude. He persuaded and seduced one angel here, two there. Discussion begat dissension, which bred insubordination, which became defiance, which burst into mutiny, revolt and warfare. This sequence of steps turned the Light Bringer into the Adversary and made millions of brilliant, fiery ministering spirits irretrievably dark.

As with Lucifer, so with us: Sin always starts in the mind. We conceive it, we mull over it, it grows, and it bursts into a sinful act, which leads to death (James 1:14-15).

An agonizingly unbeatable bad habit starts with one decision to take the easy route. Debt and bankruptcy trace back to the first ill-advised purchase. A broken friendship begins with a single hurtful comment. Fornication grows from a lone lustful thought. A bad marriage stems from one unhealthy secret kept from a spouse.

That first small step in the direction of sin is always easy to justify. “Haven’t you often wanted to do something you knew you really ought not?” Herbert W. Armstrong asked in the January 1982 Good News. This article answered the question, “How far may you safely go in doing wrong?” “And haven’t you sometimes gone at least part way, thinking that perhaps if you didn’t go all the way in doing wrong, you might ‘get away with it’?” He used the example of how a couple tempted to fornicate might justify going part way in “harmless” sexual contact. But every step down that path leads to more steps into sin.

Here is Mr. Armstrong’s inspired answer: “Going that first part way is already committing the act spiritually—according to the spirit or intent of the law! When you did that you were already guilty in God’s sight.”

How critical that one step is! God recognizes where that small first step leads. That is why He commands that we flee fornication rather than flirt with it (1 Corinthians 6:18).

Mr. Armstrong also wrote about this truth in a Pastor General’s Report. “One is walking along in a thickly wooded forest on a moonless, pitch-dark night. But just ahead of him is an experienced guide with a lighted lantern. If he follows that lighted lantern he will be led safely out of the woods. But if he turns aside just a step or two and hesitates, the light continues on out of his sight. Then he is really lost” (Dec. 5, 1980).

The Bible is like that lamp (Psalm 119:105). It guides us out of error and into the light of truth. Referencing Matthew 25:1-13, Mr. Armstrong explained, “The oil that produces the light in the lamp or lantern, causing it to light up to our understanding, is the Holy Spirit.”

Only those led by the Spirit are God’s sons (Romans 8:14). “The Spirit of God, by lighting up the Bible, leads us a step at a time into more and more truth, and a step at a time out of error and sin,” Mr. Armstrong explained. “But if and when you reject one point of truth, it is like stepping aside in the dark woods. You are no longer being led by the Spirit of God opening the Bible to right understanding. The light—the Spirit of God—leaves you. God’s truth marches on! It leaves you behind. You are in darkness again.” Thus, it is critical that when you recognize that first misstep, you repent immediately and get back on the path right away!

The good things we want in life also come one step at a time. Just as small steps can take you off the path, small steps also carry you forward to your goal. The Israelites made it from slavery in Egypt to the Promised Land one step at a time. God has given us a towering calling: becoming a God being and marrying Jesus Christ! But we fulfill that calling through small daily tasks: prayer, study, work, fellowship, time management; caring for our body, mind, family, relationships and possessions.

However overwhelming your objective may seem, recognize the power in using right now to take one step toward it. Savings in the bank can start with a dollar; a healthy diet with one resisted temptation; a close friendship with a single compliment. Force yourself to do the first small thing, and you’ll have started moving in the right direction.

God tells us to be attentive to our every step in Proverbs 4:25-27: “Let thine eyes look right on, and let thine eyelids look straight before thee. Ponder the path of thy feet, and let all thy ways be established. Turn not to the right hand nor to the left: remove thy foot from evil.”

So whatever your next step, recognize the power of that simple, everyday choice you are about to make.