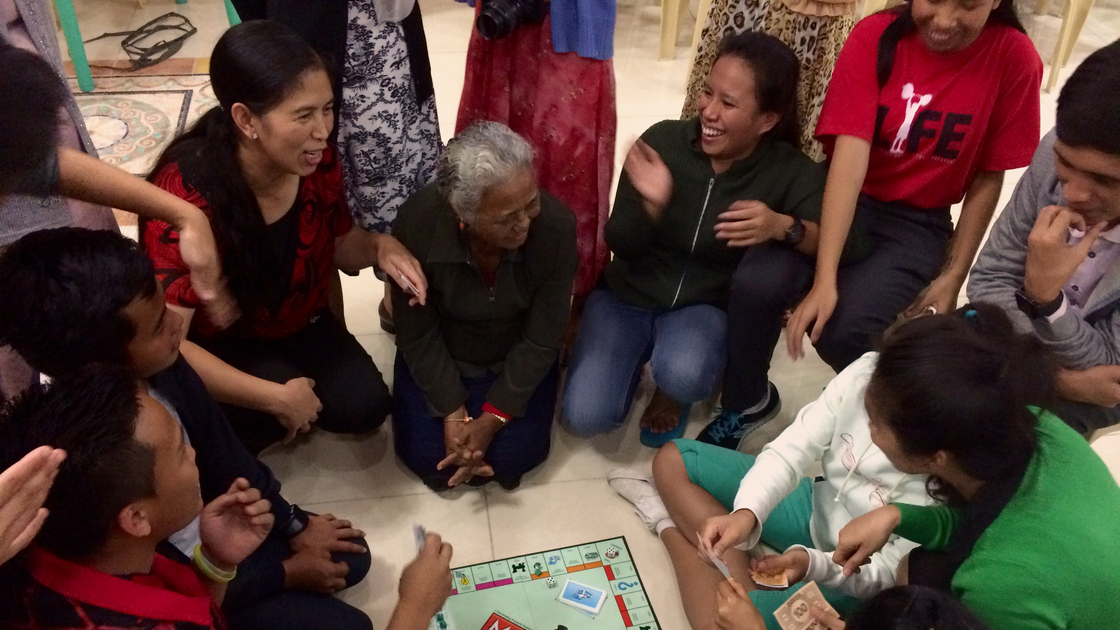 THE PHILIPPINES—On a cool evening in Baguio City on July 16, a total of 48 members from the Philadelphia Church of God congregations in Baguio, La Union and Angeles City stayed longer after Sabbath services for a night of conversation, food and games.

After dinner and ice cream, members and their children were challenged to a new game, Brain Twister, initiated by Local Elder Benedict Marquez. The congregation split into two teams and were shown a pattern they had to then build using four large pieces of the Brain Twister.

With a big smile on his face, senior Alvaro Bagawe commented, “I thought it was easy, but building the patterns was difficult. I had great fun.”

The colored wooden Jenga game proved to be a hit with the seniors, who burst out in laughter while playing. Senior Solomon Moltio said he really liked the game and that even after the family games night ended, he was still looking for seniors to play with him.

Members also learned how to play Monopoly. The children also had a memorable night of snakes and ladders, dominos, musical chairs and relay games.

“I loved all the games,” 5 year-old Elise Dadd said, jumping with excitement. “I want some more!”

Member Ludy Cara said she enjoyed the activity because “[i]t’s full of excitement and challenges. It was a night filled with enjoyment and unity.”