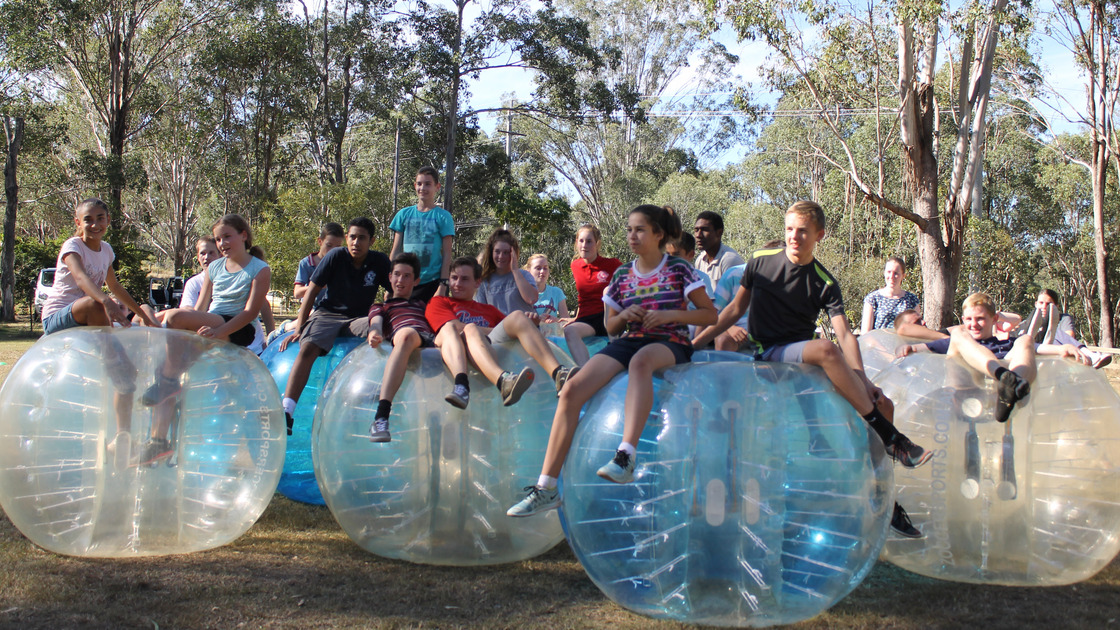 AUSTRALIA—About 24 teens from the Brisbane congregation of the Philadelphia Church of God came together for an outdoor Bible study and a chance to try their hand at a unique sport on May 29 at the Robson family’s farm.

The study was a part of a series by Regional Director Alex Harrison that provides an overview of the Bible.

Mr. Harrison chose this topic for the series “to build the teen’s foundational knowledge of the Bible. Having an overview helps lead to further Bible study and greater knowledge,” he said. “We have these activities to unify our teens and to build their family involvement in the Church, so that they can recognize what they really are a part of.”

After the Bible study, teens had a classic Aussie sausage-sizzle and geared up for the next activity. Inspired by a video on PCOG.org, teens donned large, inflatable bubbles before charging into a game of soccer. Scoring appeared to be only a secondary motive as both teams pushed, bounced and bowled toward the opposing team’s goal. Participants were often sent rolling across the grass, but the consensus was that the activity was a great experience.

The teens also played Red Rover where players “ran the gauntlet” and attempted to remain upright in their bubble while other players did their best to block them.

Spectators and players enjoyed the activity, and the company that hired out the bubbles and ran the activity told a parent they hadn’t worked with a group of teens with such good attitudes.

“It was a great experience,” participant Jonathan Rimmington said. “Lots of fun, and it was easy for everyone to enjoy.”