Has Time Been Lost?
God’s people keep the Sabbath on Saturday each week. Some contend not only that the day the Sabbath is to be kept does not matter, but that the correct day cannot be known. You must agree with God on this issue if you are to obey and please Him.
By Mark Jenkins • November 2002 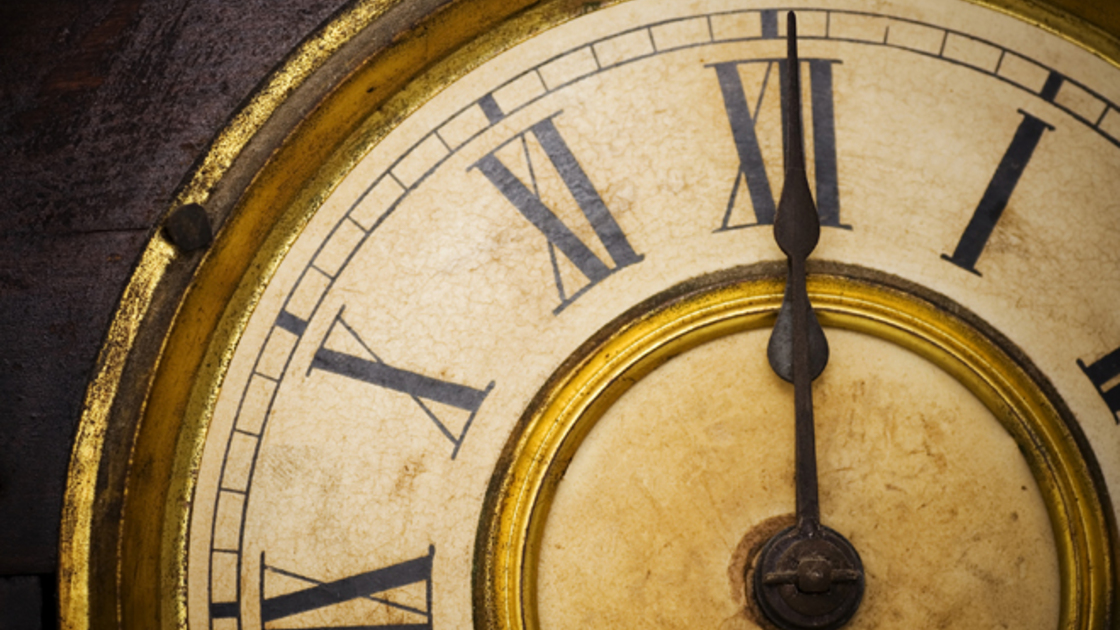 Modern technology allows us to keep time so precisely that the times of the two agencies that maintain coordinated universal time are not allowed to differ by more than 0.0000001 seconds. In this modern era, not even a millisecond of time could be lost without someone knowing.

Yet, previous to the 18th century, when John Harrison invented a clock that would not lose time on the open sea, timekeeping was not a precise art. On a cloudy day, it would be a simple matter to lose track of time.

The calendar has also undergone changes. Could the days of the week have been lost?

In addition, the Bible records that Joshua had a long day—nearly 48 hours in duration. Previous to that time, the Israelites were in bondage and would not have been allowed to keep the weekly Sabbath.

First, let’s consider Joshua’s long day. “Then spake Joshua to the Lord in the day when the Lord delivered up the Amorites before the children of Israel, and he said in the sight of Israel, Sun, stand thou still upon Gibeon; and thou, Moon, in the valley of Ajalon. And the sun stood still, and the moon stayed, until the people had avenged themselves upon their enemies. Is not this written in the book of Jasher? So the sun stood still in the midst of heaven, and hasted not to go down about a whole day” (Joshua 10:12-13).

These verses describe a 48-hour period. Some might reason that because this was a 48-hour period, it was two days. But notice the next verse: “And there was no day like that before it or after it, that the Lord hearkened unto the voice of a man: for the Lord fought for Israel” (verse 14).

This was still one day. Not two days. But how did the Israelites know that this 48-hour period was only one day?

What Is a Day?

The day beginning and ending at sunset greatly simplifies when man is to keep the Sabbath. Consider if everyone was required to keep the Sabbath at Jerusalem time. Some would keep the Sabbath in the middle of the night! In addition, when man was unable to keep time as accurately as he can today, how would anyone have known precisely when to begin the Sabbath? It would have been impossible. Yet, anyone can easily monitor the setting of the sun.

You should observe the Sabbath when the sun sets, wherever you are. Someone on the eastern seaboard of the United States would keep the Sabbath earlier than someone in California, because the sun sets earlier there.

All over the world, the Sabbath is kept on the seventh day of the week beginning at sunset, just as the Bible commands. Everyone on Earth should keep exactly the same day, as that day comes to them.

In the days of Moses, God revealed the true Sabbath, as instituted at creation, to all the children of Israel by providing manna. On the Sabbath, no manna would come. Some still went out to collect manna, but they found nothing. God would miraculously preserve the extra manna they collected on a Friday, yet on any other day the extra manna would not stay good. It would stink and breed worms.

In this way, God revealed His Sab­bath to the Israelites every week for 40 years.

We also know that Jesus Christ kept the Sabbath day. He was, in fact, Lord of the Sabbath (Mark 2:28). He never sin­ned, so if we keep the day that He kept, we know we are keeping God’s law.

The calendar itself has been changed many times. Yet, while the number of days in a month has been altered numerous times on various pagan calendars, the days of the week never were altered. Our calendar has been in effect since 45 b.c., before the birth of Christ. We can be certain that we keep the same day that Christ Himself kept.

The Proof of the Jewish People

Herbert W. Armstrong points out that the Jewish people are also a proof that time has not been lost. He wrote the following in his booklet Has Time Been Lost? : “Notice, the day Jesus kept as His custom (Luke 4:16) was the same day all the Jews kept, for they were holding their religious service in the synagogue—verses 17, 20.

“About 43 years after this the Jewish people were driven into every nation on Earth. From that time until now, they have been separated, scattered into all nations. Through the Middle Ages, the Jews in China had no way of communicating with the Jews of Africa; the Jews in Europe with those of other parts of the world. Yet today, with communication restored over every part of the world, we do not find the Jews all mixed up.

“If time had been lost, the Jews of one part of the world would be observing one day, and the Jews of other parts other days. But everywhere—in every nation on Earth, we find the Jewish people have been keeping the same identical day—the day we call Saturday—the true seventh day.”

The “oracles of God” were also committed to the Jews (Romans 3:1-2). These oracles include the Hebrew calendar. God made it their responsibility to preserve the calendar. If we believe that God inspired the Jews to accurately preserve His Word, the Bible, then we must also believe that He preserved His calendar through them. Because God did inspire the preservation of His calendar, we can be certain that the Sabbath and holy days are kept on the days God intends.

Our God is one of precision. However accurate man may be in recording time today, rest assured that our Creator, who calls every star in the universe by name, is even more accurate. When He reveals the days that we are to keep His Sabbath and holy days, we know that He did not lose track of time.

Mr. Armstrong used an analogy about the Prophet Jonah, who was trying to flee from the presence of the Lord (Jonah 1:3). But God knew where he was. There is nowhere we can go to hide from the Father. Nor can we hide from God’s command. He has not made it impossible to keep His Sabbaths, to know when time is. As Mr. Armstrong said, we cannot run from this truth on a boat. God has given us everything we need to know that time has not been, and never will be, lost.