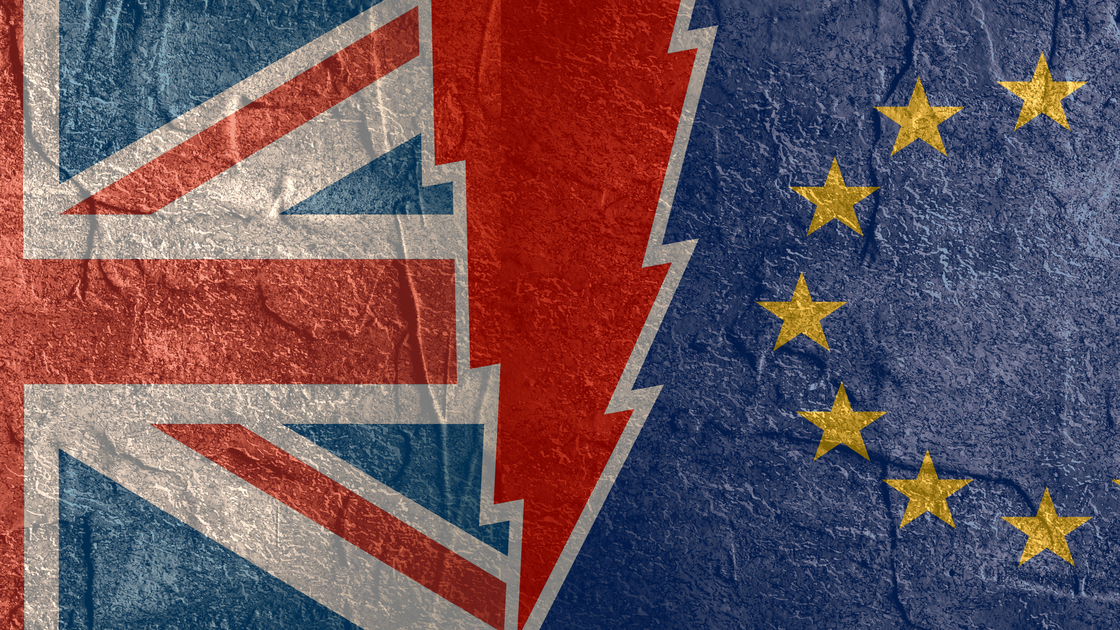 Britain recently voted to leave the European Union. For me, for your parents, and for many like us, this is the culmination of decades of news watching, prophetic study and anticipation.

I remember lying on the ground with a map of the world when I was still a preteen. We didn’t have a globe, and I was in the middle of an important project: reading The United States and Britain in Prophecy for the first time. I came across this passage: “Take a map of Europe. Lay a line due northwest of Jerusalem across the continent of Europe, until you come to the sea, and then to the islands in the sea! This line takes you directly to the British Isles!”

I went to my mom asking for a map, and she directed me to a world atlas. Even though I was never great with maps, any child can pull this off with ease—and I’ve never forgotten it. If you get out a map and draw a line northwest from Jerusalem, your line will smack right into the British Isles—and you probably won’t forget the experience either. It’s the literal movement of history and of our ancestry. The scriptures in Isaiah that reveal this movement have been available for thousands of years!

Herbert W. Armstrong used scripture before I was born to show that Britain would leave the EU, and God’s people have been watching for this exact event ever since. But I’m not going to give you any scriptures here—that isn’t the point. I want you to go read Mr. Armstrong’s own words—words that accurately predicted this day would happen. Go find a map, spread it out on your floor, draw the line, and create an experience with The United States and Britain in Prophecy that will have a real impact on your life—not in a week or a month, but now, while Brexit is still fresh in your mind.

Not only can it establish faith in your Bible, it also shows the truth about history: our nations became great not because of our own actions or because of some accident of history, but because God blessed us, carrying out promises He made to Abraham thousands of years ago. That knowledge changes your view of the world around you.

You see, The United States and Britain in Prophecy was, in large part, a warning. The decline of the Israelite nations that Mr. Armstrong warned about is already in full swing—yet the worst lies just ahead. That book stands as a warning for me, for you, for everyone who was ever in God’s Church, and for the 5 million people who requested it over the years. The darkest, most intense correction in history is the next step in these prophecies.

Mr. Armstrong wrote: “Most people, we know only too well, will take this serious warning lightly—put it out of mind—turn to other immediate interests of no importance by comparison! That is why a loving, just, all-wise, all-powerful God is going to take away from them these unimportant counter-interests, and apply such intensified correction that they shall, finally, come to their senses, and turn to Him and His way which will bring them eternal happiness and abundant blessings!

“But you need not have to suffer this intensified correction, greater than any trouble ever suffered by humans.

“By God’s direction and authority, I have laid the truth before you! To neglect it will be tragic beyond imagination! To heed it will bring blessings, happiness and glory beyond description!

“The decision is now yours!”

It isn’t enough to know there is a warning—we have to understand it. More than any people in history, God has made His revelation available to us. Grab on to The United States and Britain in Prophecy and learn why those around you are so fired up about the actions of this tiny gray island that once ruled the world. It’s an amazing book that reveals your heritage and shows you the eternal future—and this day is proof positive that its words will come to pass.