What Is a Saint?
Few have ever checked the Bible to know whether they are, can be, or ever will be saints.
By Wik Heerma • July 2011 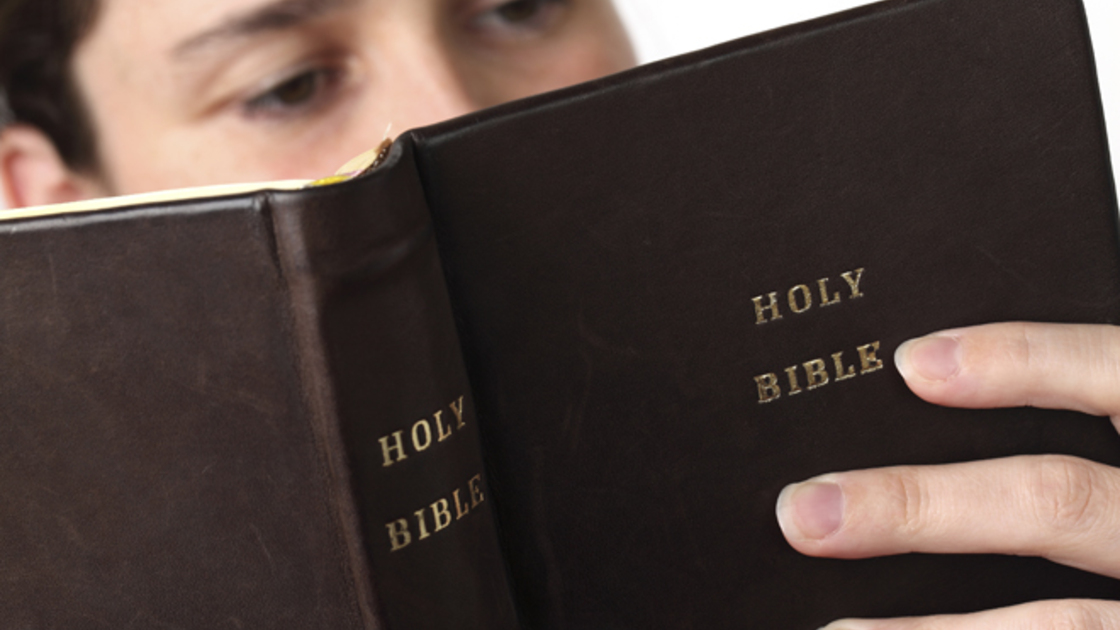 Often we receive letters here at God’s headquarters that ask for an explanation of certain biblical terminology. A common question is “What is a ‘saint’?” or “How does one become a ‘saint’?” Most people believe that a saint is a very special kind of Christian. Is a saint, as is commonly believed, perfect and absolutely free from sin? Can one only become a saint after death? Often, the term “saint” is used only for one who is dead and in almost all cases the dogma is that a saint is a super-human individual.

Few have ever checked the Bible to know whether they are, can be, or ever will be saints.

In its first two definitions, Webster’s Dictionary describes a saint as either “one officially recognized especially through canonization as preeminent for holiness” or “one of the spirits of the departed in heaven.” But are these true, biblical definitions of a saint?

The word saint is a translation from the Greek hagios and simply means sacred, holy or consecrated. The word can be used for a person or object. To be holy means to be set apart, or called out, for a purpose by God. One becomes a saint when one truly repents of his or her sins and submits oneself to the government of God. The word saint, then, refers to a true Christian. A true Christian is one called out of this world, placed into the Church of God, and who follows Jesus Christ. The word church is most often used to refer to a building, but the Greek word translated church is ekklesia, and means “called-out ones.” It is the spiritual organism comprising all the saints.

The Apostle Paul addressed all of the brethren as those “called to be saints” (Romans 1:7). The words “to be” in this verse are not found in the original Greek, but were added by translators who did not understand the true meaning of the word saint. These followers of Christ, Paul simply “called saints.”

When writing to the Corinthians, Paul sends his salutations on behalf of himself, his most-trusted assistant Timothy, and “all the saints which are in all Achaia” (2 Corinthians 1:1). This can be seen consistently throughout Paul’s epistles in passages such as 2 Corinthians 13:13, Ephesians 1:1, Philippians 1:1 and Colossians 1:2.

But aren’t saints sinless and perfect? So the common belief goes. However, Paul wrote that one of the reasons for the ministry was “[f]or the perfecting of the saints” (Ephesians 4:12). Saints are not perfect yet; they are to become perfect (Matthew 5:48). They should be constantly growing spiritually and should attain a higher level of perfection by emulating more and more of the example Jesus Christ set us.

Notice how in 1 Corinthians 1:2 Paul calls all Christians at Corinth saints—as well as “all that in every place” serve Jesus Christ.

True Christians have been begotten of God’s Holy Spirit (Ephesians 1:13-14; 2 Corinthians 5:5). We become Christ’s when we receive God’s Spirit (Romans 8:9). Without it, we can’t even call ourselves followers of Christ! And God will only give His Spirit to those who obey Him! (Acts 5:32). Most professing Christians merely confess Christ’s name, but will not follow His example (Luke 6:46).

How plain it is to see that what makes one a saint is obedience to God and the subsequent receiving of God’s Spirit, following repentance and baptism (Acts 2:38).

Contrary to man’s definitions and opinions, the Bible defines a “saint” not as a beatified soul, or a heroic individual canonized by a church for having lived a life of abstinence and performing “miracles.” Anyone called of God, who honestly abhors his sinful way of life, who repents and is baptized, becomes a saint at the receipt of God’s Holy Spirit.

Finally, let’s see what the reward of the saints is.

Long before Jesus was born, the Prophet Daniel recorded that “the saints of the most High shall take the kingdom, and possess the kingdom for ever, even for ever and ever. … Until the Ancient of days came, and judgment was given to the saints of the most High; and the time came that the saints possessed the kingdom” (Daniel 7:18, 22). The reward of the saints is to possess, or inherit, the Kingdom of God. They will, with and under Jesus Christ, administer God’s Kingdom, ruling over cities, provinces, states and more. They will assist in reeducating the world, and will, once and for all, clear up the confusion that exists about saints. All saints, both living and dead, are still awaiting their reward—to live and rule with Jesus Christ. To date they have the assurance of the promise of eternal inheritance, but at the time of Christ’s return, they will possess the Kingdom that is promised them as a reward for coming out of this world.