God Looks at Your Heart
If we’re going to be leaders for God, we must let Him teach us to look on the heart.
By Gerald Flurry • June 20, 2016 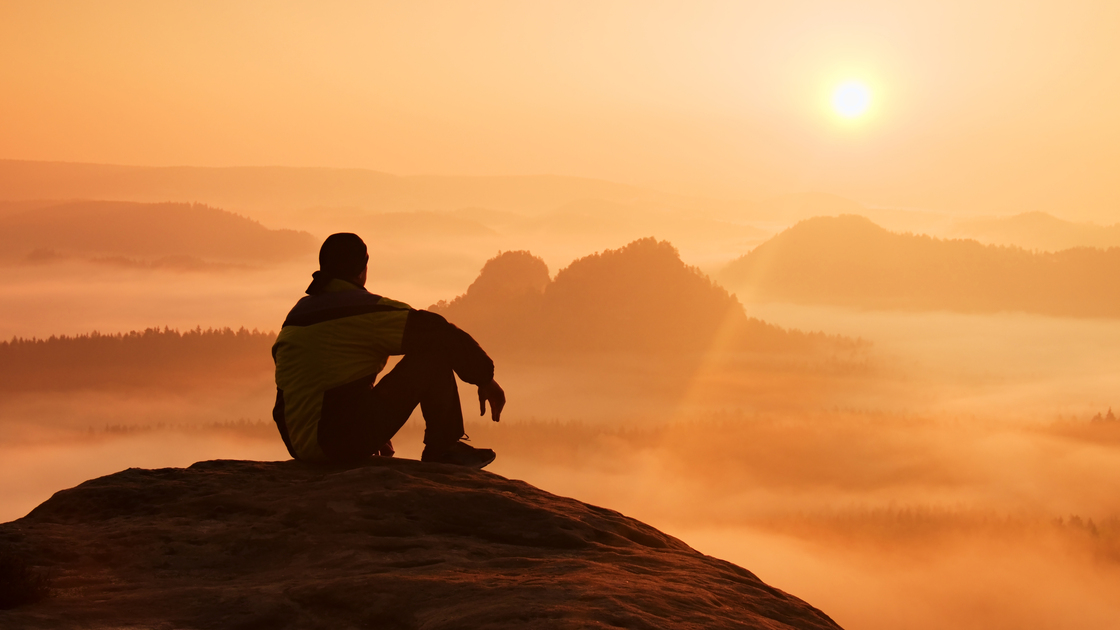 In Acts 13:22, God calls David “a man after mine own heart, which shall fulfil all my will.” David wanted very much to fulfill all of God’s will. He didn’t say, Well, I’ll keep two of the commandments, or nine of them. He wanted to keep every one of them, and to fulfill every little detail he could to obey God.

The Greek word translated after in this verse means “motion or extension through a space from top to bottom,” “throughout” and “down through.” This indicates a total saturation of the mind and heart. The word is used in connection with something covered or overwhelmed, or denoting an abundance of that with which something is filled up or covered up. It’s not easy to be “after” God’s own heart—trying to think and act exactly as God does with all your might!

At times David was very rich; other times he was very poor. But whatever his state, he always worked to keep close to God. He knew his relationship with God was most important. That is what made him a man after God’s own heart.

That attitude made David an outstanding king. We can learn priceless lessons about how to be kings for God from his example.

Some commentaries say David’s example is just a popular legend. That is totally false. You can easily prove that the Bible is God’s Word and that David served God. Even archaeology is proving more and more that the Bible’s account of King David is accurate. He was, indeed, a real person and a faithful man. And because of his deeds, soon David will be resurrected to rule over all Israel forever!

Through the former prophets, God places special emphasis on the royal, priestly throne He established in King David. The whole book of Samuel revolves around David’s throne. Why all the attention on David?

That throne was to be a family throne, established forever (2 Samuel 7:12-16). Astounding as it may seem, David’s family throne is still in existence today—in the British royal family. (We explain this truth thoroughly in our free booklet The Key of David.) The morals surrounding that throne today are also a very good indicator of the spiritual state of the modern nations of Israel—especially in America and Britain. As the leadership goes, so go the nations.

A thorough understanding of David’s throne reveals what God is doing today and shall do in the future. Jesus Christ will assume David’s throne upon His Second Coming to Earth (Luke 1:32).

True religion revolves around the family throne of David. God’s people are training even now to share that throne with Him (Revelation 3:21). God has already made His firstfruits kings and priests in embryo (Revelation 1:6).

God Looks on the Heart

When Saul proved to be such a poor king of Israel, God rejected him. “And Samuel said to Saul, Thou hast done foolishly: thou hast not kept the commandment of the Lord thy God, which he commanded thee: for now would the Lord have established thy kingdom upon Israel for ever” (1 Samuel 13:13). That sounds like what God told David! Did Saul have a chance to do what David did? It certainly sounds that way to me. Look at what an opportunity that man had, and how he failed in it.

“But now thy kingdom shall not continue: the Lord hath sought him a man after his own heart, and the Lord hath commanded him to be captain over his people, because thou hast not kept that which the Lord commanded thee” (verse 14). God is not passive about this. He is always vigorously seeking a man after His own heart.

God wants each one of us to follow David’s splendid example. That is why there is so much about David in the Bible!

God instructed Samuel the prophet to visit the house of Jesse because He had chosen a king to replace Saul from among Jesse’s sons. When Samuel went there, Jesse put forward Eliab, whom he thought was his most talented and effective son. Samuel was immediately impressed. Surely this fine young man was the king God had chosen.

Actually, God had something to teach Samuel and Jesse. “But the Lord said unto Samuel, Look not on his countenance, or on the height of his stature; because I have refused him: for the Lord seeth not as man seeth; for man looketh on the outward appearance, but the Lord looketh on the heart” (1 Samuel 16:7).

Pay attention to this: God doesn’t look at us as the world does. He doesn’t look to see if you are tall, dark and handsome. He doesn’t check whether you have a high IQ. He looks on your heart. The heart as described here is the seat of the senses, affections or emotions, or the seat of the will. Perhaps the closest English word is “attitude.” When choosing people to serve Him, He looks on your heart—because if your attitude is right, it doesn’t matter what else you may lack; God can use you very effectively. You don’t need to feel inferior to anybody.

It is important that we learn more and more to look upon leaders and men the way God does. Saul was an impressive man: probably about 7 feet tall, surely a good-looking man, and personable. The people fell in love with him. But God doesn’t want us to look at people that way!

In dating, people tend to look at the exterior; women in this world quite often want to choose someone like Saul—tall, dark and handsome. Men also often use superficial standards toward females. God is telling us that if you look at a potential spouse that way, you might end up with someone like Saul as a husband! We have to be ever so careful.