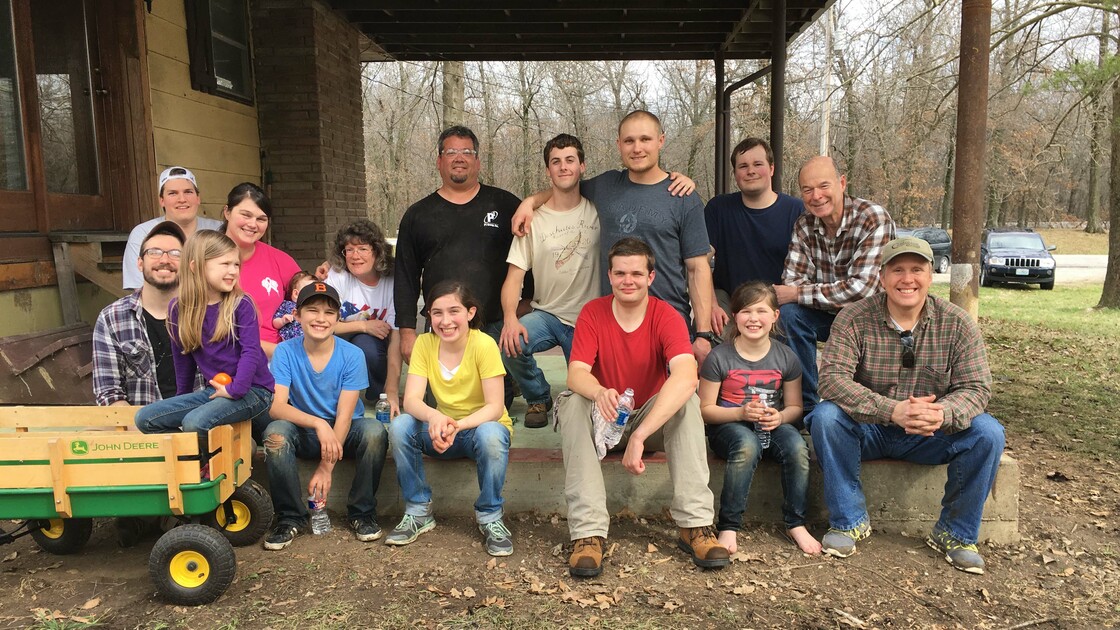 MISSOURI—Seventeen members from the Kansas City congregation of the Philadelphia Church of God and Associate Pastor Eric Anderson traded in axes and chainsaws for pry bars and sledgehammers during a local fundraising activity on March 13. Instead of the originally planned tree cutting and firewood fundraiser, local single Cody Murphy hired members to do manual labor around his five-acre property in Harrisonville.

With eager anticipation and rolled-up sleeves, the men demolished an old sunroom. Saws sang, hammers kept beat, and pry bars added percussion. Inside, the women prepared lunch and shined floors and cabinets upstairs. Outside, four of the congregation’s youth industriously picked up and piled sticks.

“Everyone accomplished so much in just a little time,” member Jennifer March said. “It was like one big family working hard on their jobs.”

“Once finished, I was very pleased with how everything looked,” Murphy said. “It was hard to imagine the end result but after the work was done everything had turned out better than I hoped.”

On account of the activity, $500 was donated to the local activity fund.